Mostert: DJR Team Penske ‘ in a league of their own’

Mostert: DJR Team Penske ‘ in a league of their own’ 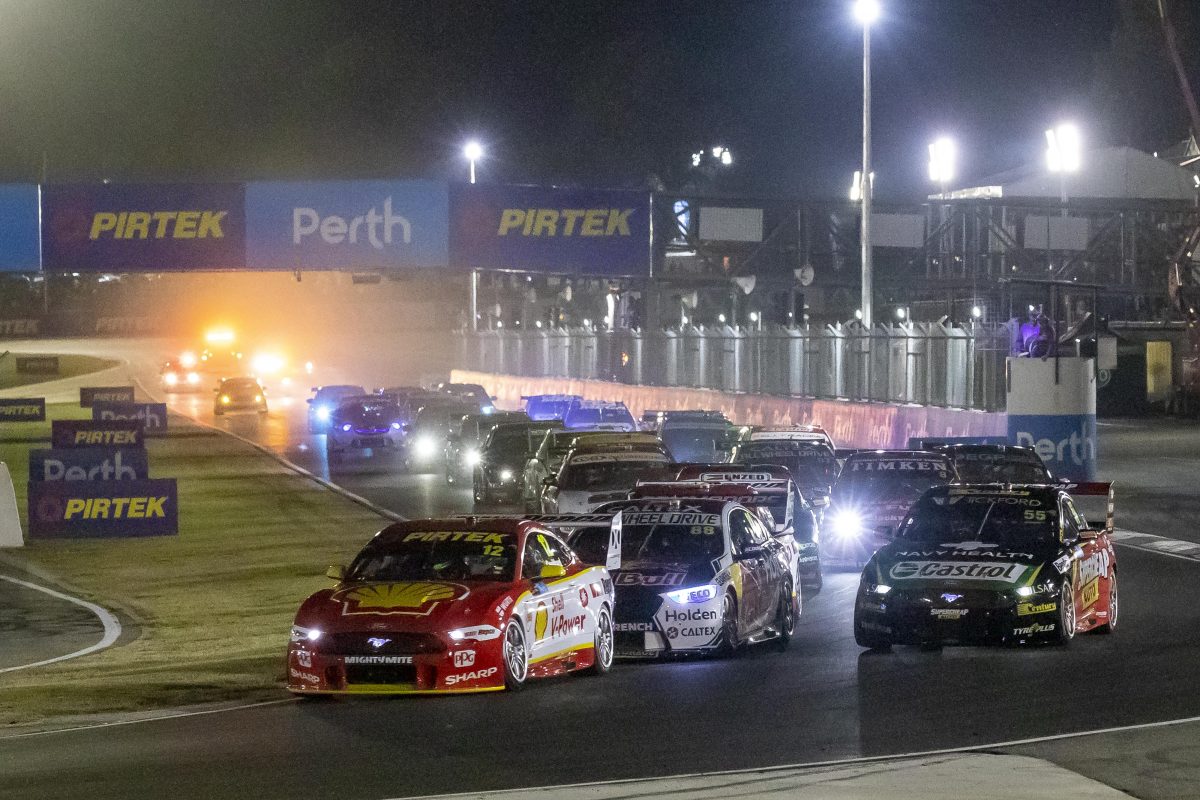 Chaz Mostert says Shell V-Power Racing is ‘in a league of their own’ at the moment after the squad scored its fifth one-two finish of the season.

Mostert emerged as the best of the rest in Saturday night’s race under lights at Barbagallo Wanneroo Raceway to claim his fourth podium of the season.

Starting from fourth, the Tickford Racing driver initially leapt in front of Armor All Pole-sitter Scott McLaughlin, who slipped from to fourth on the opening lap, while Fabian Coulthard took off in the lead which he would convert into victory.

However, McLaughlin’s pace proved to be too much for Mostert as the former soon dived by the Supercheap Auto Mustang.

Mostert was able to pass Jamie Whincup with seven laps remaining to claim the podium spot but was unable to provide an answer to the Shell Fords, which he acknowledged in the post-race conference.

“I think the guys next to us are in a bit of a league of their own,” said Mostert after the Coulthard headed one-two finish.

“I got a good start, I mean I’ve been on the wrong side of starts over the last couple of rounds so it was good to go forward for once.

“Geez, Scotty was terrorising my mirrors on that first lap or two, I really had nothing for him.

“It’s a credit to these guys, they’ve built an awesome Mustang; they’ve worked on a great set-up and that’s what we’ve got to do. We’ve got to get our four cars there.

Mostert admitted that he didn’t expect to secure a podium but believes the results is proof that Tickford is making steps forward in catching the pacesetters.

“This is a great result, to be able to get a trophy, to be able to pass Jamie Whincup and get third place — it definitely shows we’re moving forward,” Mostert added.

“Results in this game, you kind of build morale on it. It shows that we can do it.

“We’ve just got to keep moving forward and if we’ve got enough for these guys maybe a bit later in the year, only time will tell. We’ll definitely try it back at the workshop.

“The last couple of rounds hasn’t been good for our team. These guys have worked hard underneath the car to make their set-ups good and that’s where the true pace is, I believe, compared to everyone else.”