McLaughlin quickest in Practice 3 at Barbagallo

McLaughlin quickest in Practice 3 at Barbagallo 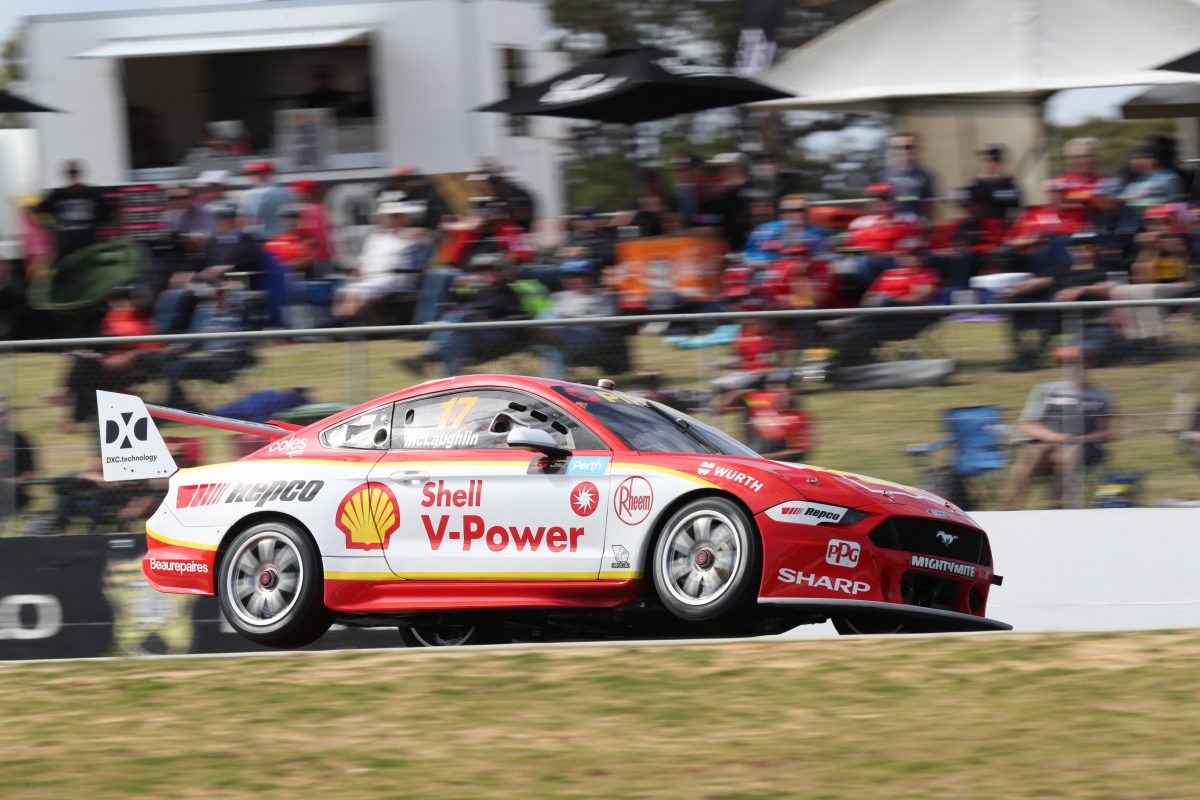 Scott McLaughlin has gone fastest in the final practice session at the Pirtek Perth SuperNight as all of the major players made the top 10 ahead of Armor All Qualifying.

McLaughlin, however, did not even need to grab a new set of tyres to ensure he finished on top of the timing screen after the half-hour session having stayed in the garage when the rest went for the final runs.

It wasn’t all plain sailing for the Virgin Australia Supercars Championship leader as McLaughlin ran through the sand at Turn 1 just beyond the halfway mark, before laying down the fastest lap five minutes later on Practice 1 tyres in the #17 Shell V-Power Mustang.

“To do that and save a set of greens is really good too. See how we go in the race, it’s been an awesome event so far.

“I reckon the track’s lost a fair bit of grip; and it’s actually lost the blackness, the part of it.

“It’s definitely less grippy in places. You’ve got to sort of adjust your line so you stay on the grippy stuff.

“That felt really good that lap. It’s all good at the moment, we’ve still got a long way to go; it’s nice.”

Whincup was only 14th before the final runs and in need of bypassing Part 1 of qualifying due to only having three new sets of tyres for the day, but lifted the #88 Red Bull HRT ZB Commodore to safety in the final minute.

“Good result, all the same. We’re in the 10, that’s boxed ticked for that practice session,” he said.

“We’re still trying to learn the car. There’s limited testing, limited lap time on the track so we’ve got to use everything we’ve got.

“Made the car much slower in the middle of that but then got it back to having good performance towards the end.

“No doubt he (McLaughlin) will learn from yesterday (start). P2, we’ll try to launch off the start as quick as we can. Our tyre life was very ordinary yesterday so fingers crossed we can improve on that.”

Whincup did however rain concerns regarding fluid seeping out of the new track surface.

“There’s a heap of water coming out of the track as well, so I hope that goes away before the race because we won’t really be able to see it in the dark,” he added.

“I don’t know what it is, I reckon potentially water’s running down the old surface and up the new surface. Might have to get the drill out and drill a few holes.”

Mostert was thereabouts for much of the session and with no improvement at the end was 0.2259s of the pace in the #55 Supercheap Auto Mustang.

Van Gisbergen was the last to move into the top 10 in the #97 Triple Eight ZB Commodore, improving from 17th in the final moments before the chequered flag and knocking Andre Heimgartner (#7 Plus Fitness Altima) back to 11th.

Waters is however under investigation for allegedly impeding Heimgartner, who narrowly missed out on the top 10.