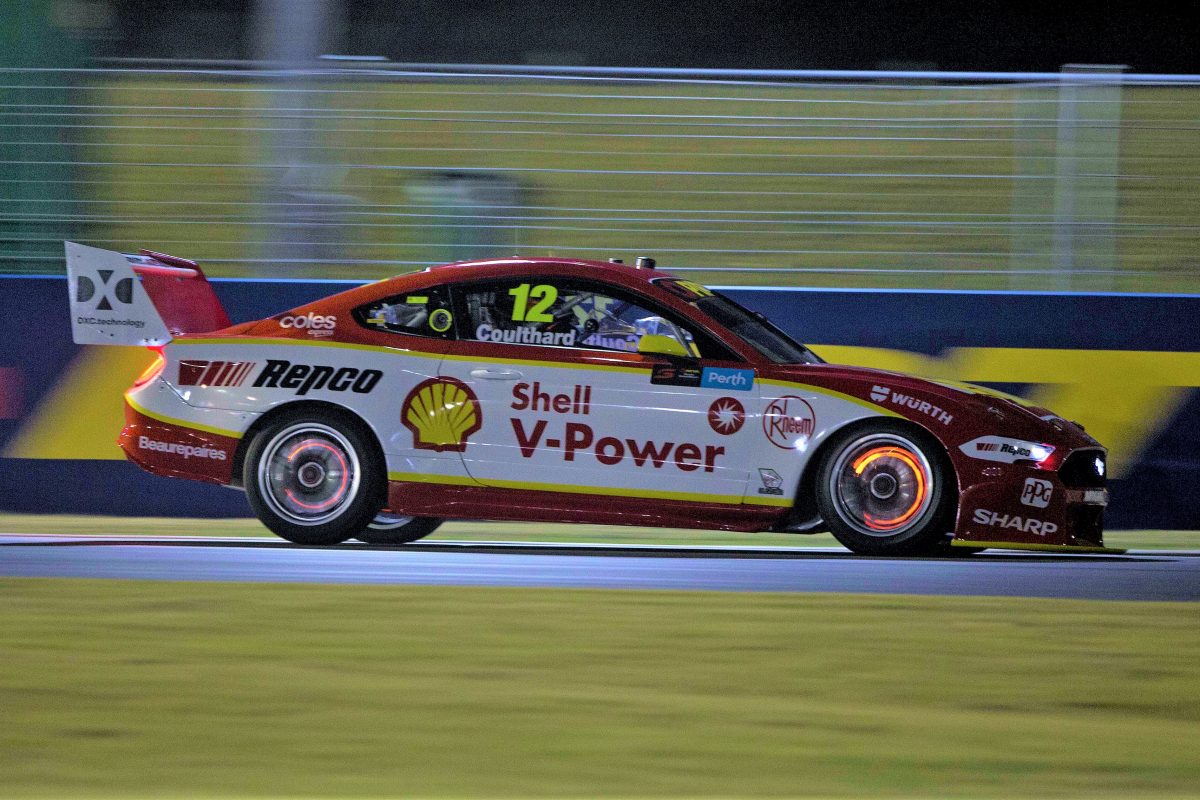 Paul Morris ‘wouldn’t be surprised’ at the mandate of further aerodynamic changes for the Ford Mustang Supercar, which he believes effectively has two rear wings.

Supercars has already forced two sets of adjustments on the Mustang after it won the first six races of its maiden campaign, five courtesy of Shell V-Power Racing’s Scott McLaughlin, in an attempt to ensure technical parity with the ZB Commodore and L33 Altima.

McLaughlin and the Red Bull Holden Racing Team’s Shane van Gisbergen split the victories at Symmons Plains, where the Mustang arrived with 28kg of ballast moved to the roof and the ZB with a 6.7kg adjustment to address centre of gravity disparity.

At Phillip Island, DJR Team Penske went one-two in all but Practice 1, with Fabian Coulthard getting his first victory of 2019 on the Sunday.

After measurements were taken at the fast, open Victorian circuit, Supercars forced homologation team DJRTP and fellow Ford outfit Tickford Racing to reduce the size of the Mustang’s rear wing endplates, trim the rear wing gurney flap, and reduce the length of the front undertray extension.

Speaking on the latest episode of Enforcer & The Dude – Bench Racing, Morris, a former Virgin Australia Supercars Championship team owner and driver who now fields a car in the Kumho Tyre Super3 Series, maintains that further aero adjustments are not out of the question.

Paul Morris Motorsport, like DJR Team Penske, is based on the Gold Coast and ‘The Dude’ estimates that the powerhouse Ford squad would have had only around a week to prepare cars between its return from Phillip Island and departure for this weekend’s Pirtek Perth SuperNight, which starts a day earlier than usual due to the night time schedule.

“Well, they’ve got to take more measurements so the homologation and the CAD drawings of all the cars have been given to Supercars, they will have that,” he noted.

“Now what they’ve done is CFD (computational fluid dynamics), so Supercars have now scanned all the cars, and there’ll be a lot of analysis going on, and this is not going to happen in a week.

“There’s a lot of analysis and data to go through, and they’ll just measure all the cars and keep measuring them and the Holden might even get a haircut as well or they might give the Nissan a leg-up, but until you measure it properly, but don’t be surprised if there are more adjustments and more cuts.

When asked to clarify if he meant changes to the Mustang specifically, Morris stated, “I wouldn’t be surprised, because you can’t crunch all the numbers on the CFD within a week.”

The second episode of Enforcer & The Dude also includes an analysis of the aerodynamic features of the Mustang in its originally homologated form.

Morris claims that there are a number of features which have not been allowed in Supercars before, even when then-homologation teams of other manufacturers attempted to introduce them.

Those features include the lower edge of the rear wing endplates, which has now been snipped, as well as a flick on the plane which hangs off the Mustang’s bootlid that Morris believes functions effectively as a second wing.

“That’s another one of the implements, the tools, that none of the teams have ever been able to use before,” he claimed regarding the bootlid attachment.

“That little duckbill kick on the rear bootlid, it kicks up, creates downforce; that’s never been allowed to be used before from any other teams.

“That’s one of the things when I saw the car and went, ‘Holy moly, how have you let them do that?’ There’s another wing on the car.”

Morris’ theory is that there would have been no time to replace that part prior to the trek to Perth, stating “It’s a weird one but I reckon that’s a timing issue.”

However, he believes that DJRTP will not be especially hurt by the changes and may have even anticipated them or at least been prepared anyway.

“If you take downforce off, you reduce drag and you go faster in a straight line, so there are certain race tracks coming up, like Bathurst and Sandown (where that would be advantageous),” he pointed out.

“They’ve got plenty (of aerodynamic performance) in reserve. I reckon what they’ve got now is probably something they thought they would have to run, or maybe even less.”