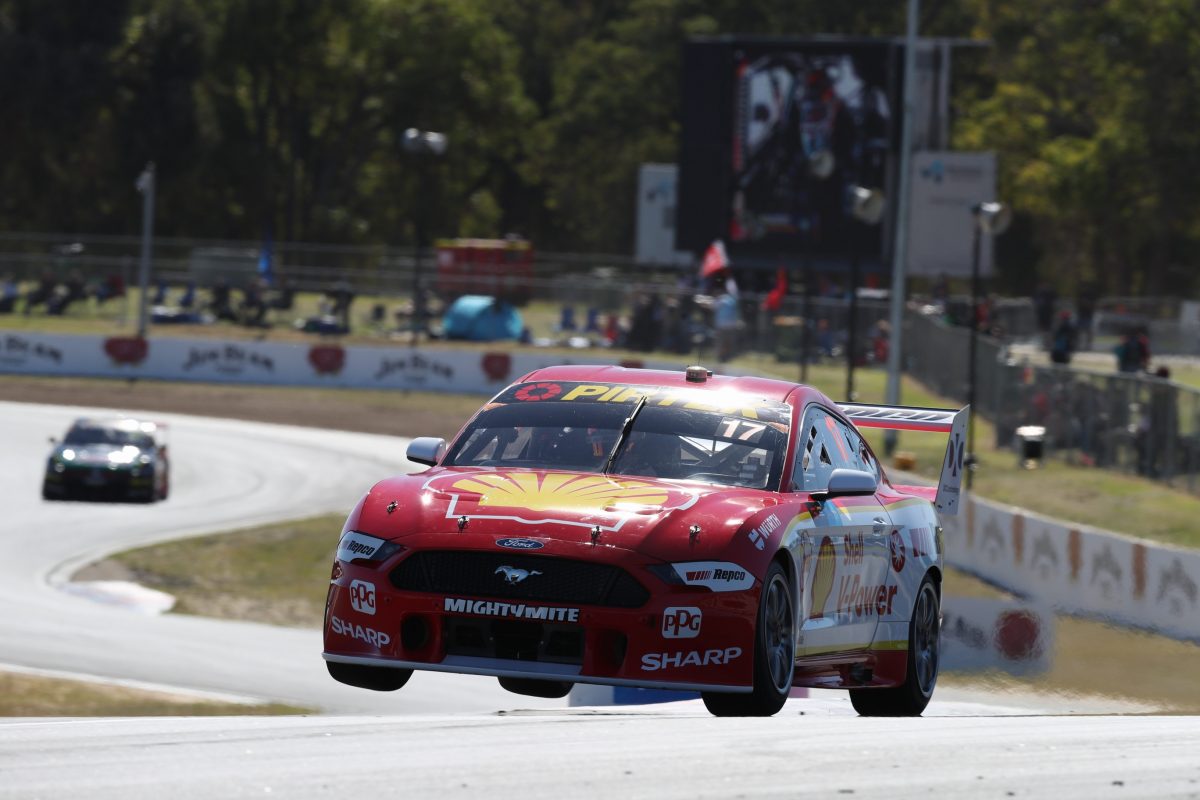 Scott McLaughlin has topped Practice 2 at the Pirtek Perth SuperNight while Jamie Whincup will have to go into Part 1 of the following Armor All Qualifying session.

Whincup recorded a kerb hop in his final run when he was on for third position and instead subsequently gained only two positions to move to 18th with the chequered flag.

Had Whincup been successful in getting the #88 Red Bull HRT ZB Commodore into the top 10 and therefore earning a bye to the second part of Qualifying for Race 11, it would have been team-mate Shane van Gisbergen who he bumped out.

McLaughlin finished 0.1177s ahead of Chaz Mostert, while Nick Percat was the first of the Holden drivers in third and Fabian Coulthard fourth in the second Shell V-Power Racing entry.

The DJR Team Penske Mustangs sat first and second before the final runs with McLaughlin on a 53.3447s and Coulthard a 53.4160s, both faster than Whincup had gone in setting a practice lap record on the new Barbagallo surface the night before.

“So good to drive around this place. It’s a great track, just never had any grip, so now we’ve got grip and just throwing it in and it’s bloody awesome.

“We’re pretty brave already under brakes, so it’s going to shorten the brake markers so you’ll see some action and stuff but hopefully we’re away from that.”

Percat clocked a 53.3921s in the #8 Holden Guaranteed Value ZB Commodore, while Coulthard remained fourth despite finding a little more time in #12.

Whincup was left to lament his error that his given him more work to do in qualifying later in the afternoon.

“Car’s good, I must have just clipped the sensor which here gives two laps (not counted),” he explained.

“You get the lap disqualified and the next one. So it’s all over.

“The (tyre) pressures go through the roof, so it’s one or two (laps); you get a second chance here if you don’t get it quite right the first one but you don’t get a third or a fourth, no.

“It is what it is, we go in Q1 but the car’s much faster so that’s the biggest thing; if you’ve got pace, you can dig your way out of it.”