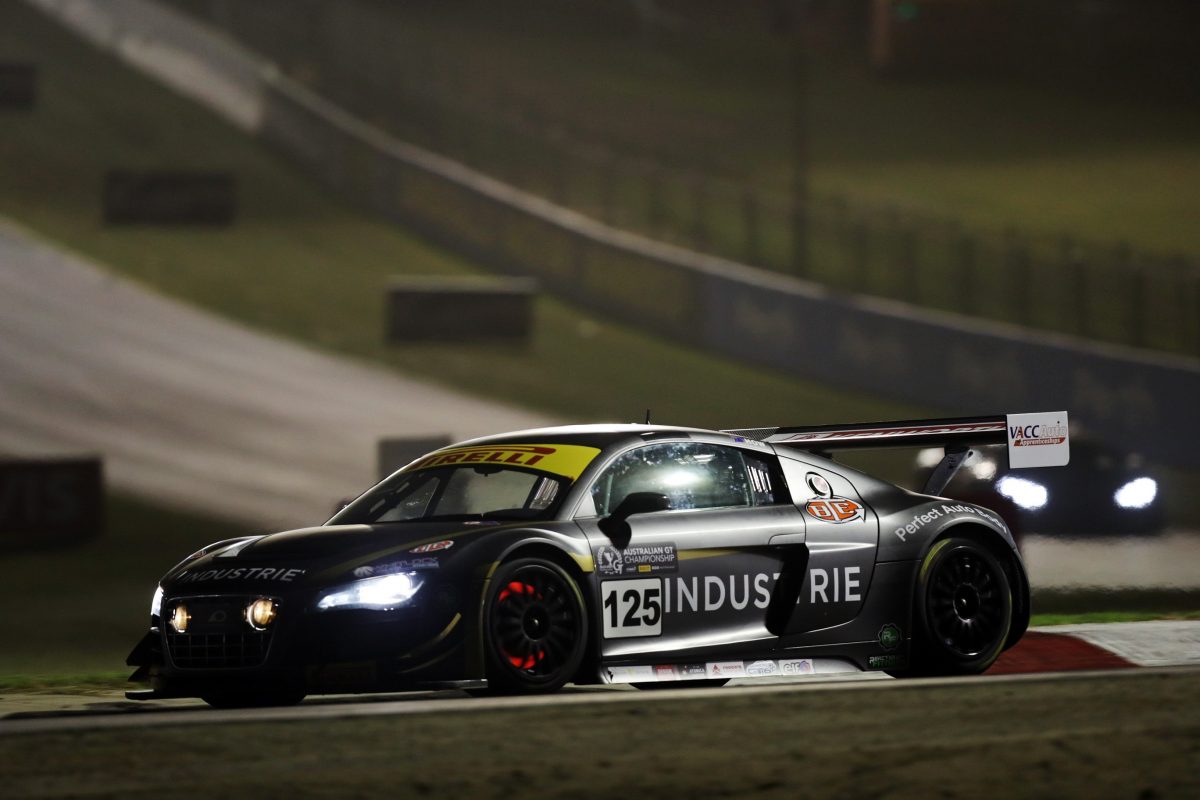 Ryan How has become the youngest winner in Australian GT history after taking the honours in the opening race of the weekend at Barbagallo.

The 17-year-old drove his Trophy spec Audi R8 LMS to victory ahead of Geoff Emery in a current spec car, with Max Twigg rounding out the podium.

Having qualified a strong fourth, How slotted in behind Emery and Peter Hackett to hold his place off the line.

Peter Major started from pole and raced into an early lead but had his charge blunted courtesy of an additional 40 seconds in the pits due to breaching a testing ban in the week prior to the event.

How stopped shortly after the pit window opened, emerging 10th and climbing the order as those ahead took to the lane.

The last in was Twigg, who rejoined third and narrowly ahead of Hackett in fourth.

Ahead, How held a three second advantage which ebbed and flowed as he and second placed Emery worked through traffic.

Tucked up behind Richard Gartner, much of How’s advantage evaporated making for a tense final phase to the race.

However, with clear track the teenager was able to stretch his legs and eke out a small advantage, holding it to the flag to claim his maiden win.

“It’s hard to describe what it feels like to win. I’m just so happy, I’m super stoked,” How said.

“The start went really well, everything was nice and easy; no-one was pushing and shoving. Then I just stuck to consistent lines and kept the lap times coming until the pit stop.

“It was really good following Geoff Emery and Peter Hackett, seeing different lines and how they actually race, which was a really good experience – I was just doing my best to keep up with them.

“I came out of pit lane and it was clear for a bit until I got some traffic, then I got told on the radio ‘Geoff’s behind you, just be cautious’.

“It was then a matter of who got through the traffic and how lucky you were when you caught them.”