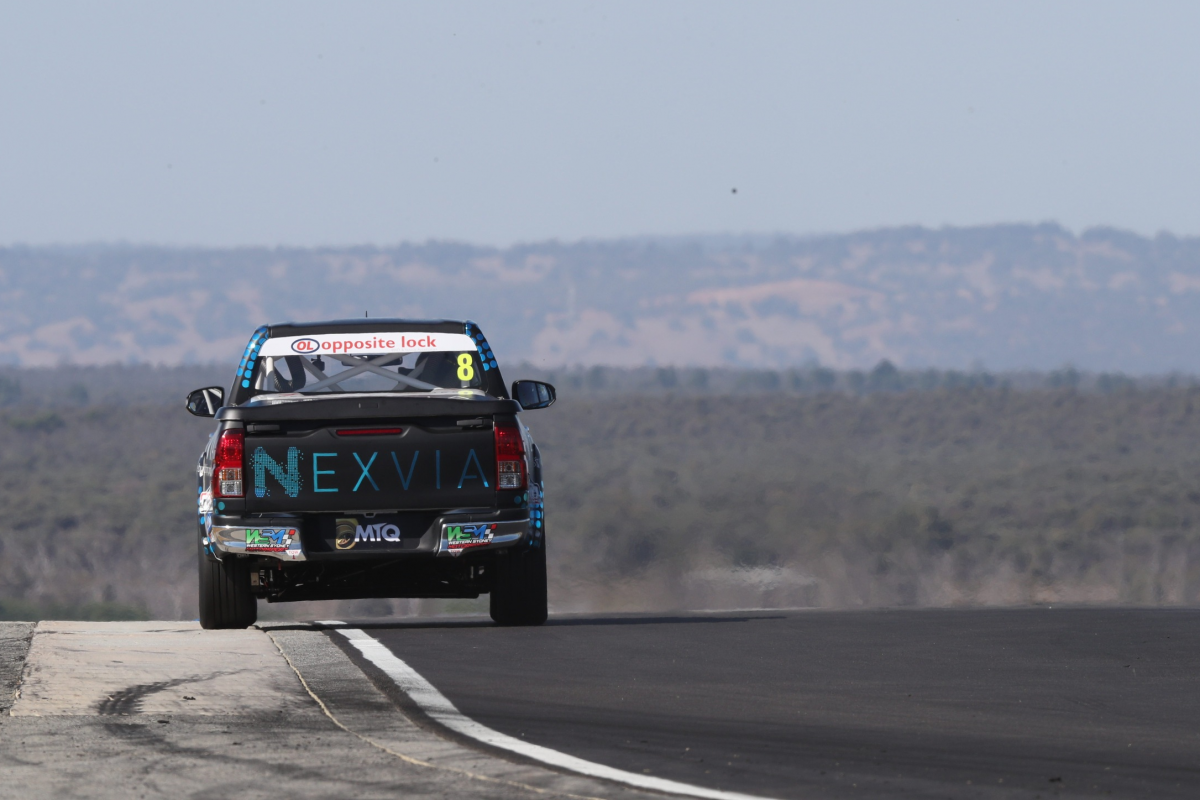 Ben Walsh has snatched Armor All Pole Position for Round 2 of SuperUtes from long-time pace-setter Tom Alexander with the chequered flag out at Barbagallo Wanneroo Raceway.

Alexander set a 1:12.1326s on his third timed lap and looked to have pole in his grasp despite running through the sand at Turn 7 not long after halfway through the 20-minute session.

Walsh had not long moved to 0.1559s away from the top while remaining third on the timesheet, then found another half a tenth to move to second position in the final minute.

Having run continuously through the session in the Sieders-prepared #8 Toyota Hilux, Walsh continued to push on his 15th lap and clocked a 1:12.0979s which denied Alexander by 0.0347s.

The pole is not only Walsh’s first, but the closest margin by which pole has been decided in the short history of the ECB SuperUtes Series.

It also means that the Isuzu D-Max is still without a pole despite Alexander coming close in each of the first two rounds in the #22 Ross Stone Racing entry.

The top four in fact features the same drivers as in Round 1 in Adelaide, albeit in different order, meaning four different makes on the first two rows.

Elliott Barbour was third again in the #78 Sieders Racing Team Mitsubishi Triton, while Ryal Harris in the #1 Peters Motorsport Mazda BT-50 swapped positions with Walsh relative to the first qualifying session of the season.

Sieders entries lock out the third row with Cameron Crick in the #7 Triton starting inside of Mick Sieders in the #10 Hilux, while debutant and local Pete Major was seventh in the #18 Team 18 Holden Colorado.

Craig Woods looked to have found some pace only to have to park his #64 Western Sydney Motorsport Hilux due to a tailshaft failure and will start eighth.

There was another new face in the Peters Motorsport Colorado with Ronnie Conquest bringing up the rear in his first session in a SuperUte after Gil Slade, father of Tim Slade, drove the car in Practice 2.