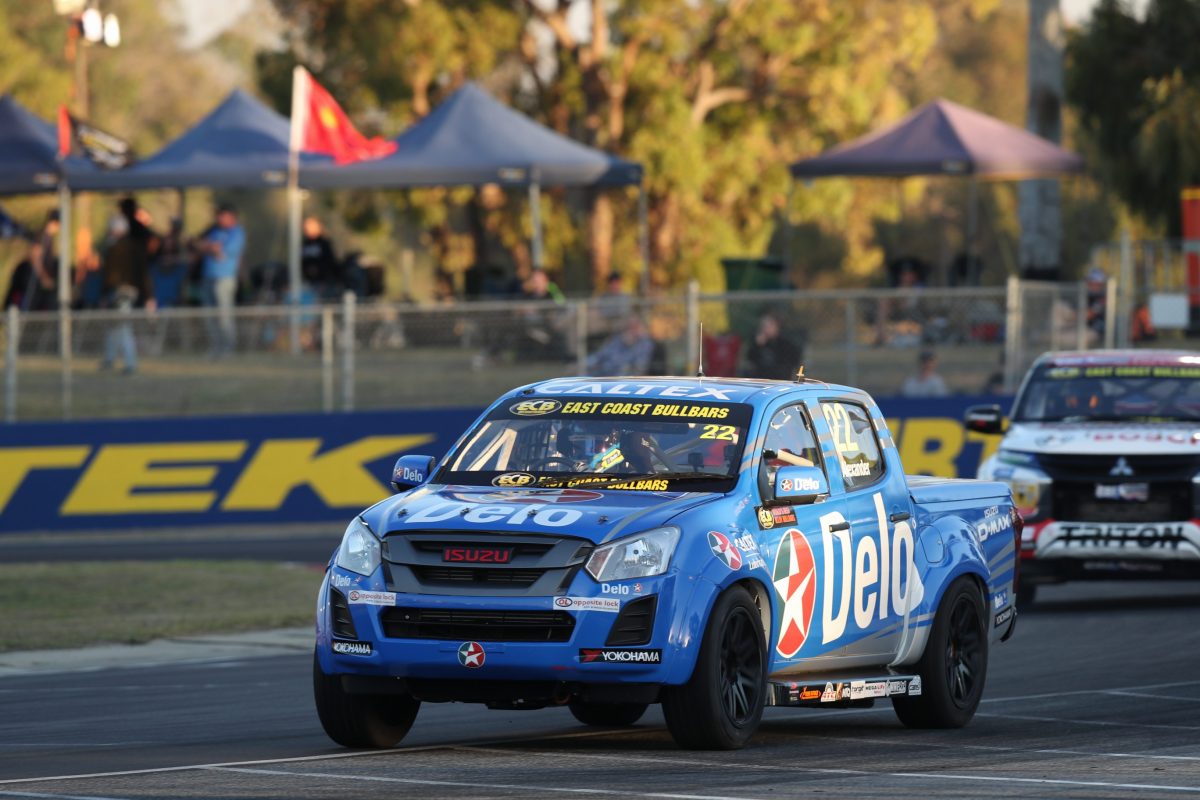 Tom Alexander snapped up the first SuperUtes victory for the Isuzu D-Max in Race 1 of Round 2 at Barbagallo Wanneroo Raceway.

Armor All Pole-sitter Ben Walsh (#8 Ben Walsh Toyota Hilux) went backward at the start, falling to fourth in the opening few corners as Alexander took over the lead in the #22 Ross Stone Racing entry.

Ryal Harris (#1 Peters Motorsport Mazda BT-50) had a look down the inside of Alexander at the final corner, but the pair made contact, slowing them up on corner exit.

Walsh closed up rapidly and found himself on the grass trying to make a move up the inside of Harris at Turn 1 only just getting the car pulled up for the corner.

Race leader Alexander came under pressure from Barbour early in the second half of the 12-lap race but managed to build a cushion.

Alexander took the flag just under a second ahead of Barbour, as Walsh, Harris and Michael Sieders (#10 SRT Hilux) rounded out the top five.

The second race of the weekend for the ECB SuperUtes Series takes place on Saturday at 1220 local time/1420 AEST.