Stokell takes over lead after more drama at Targa Tasmania 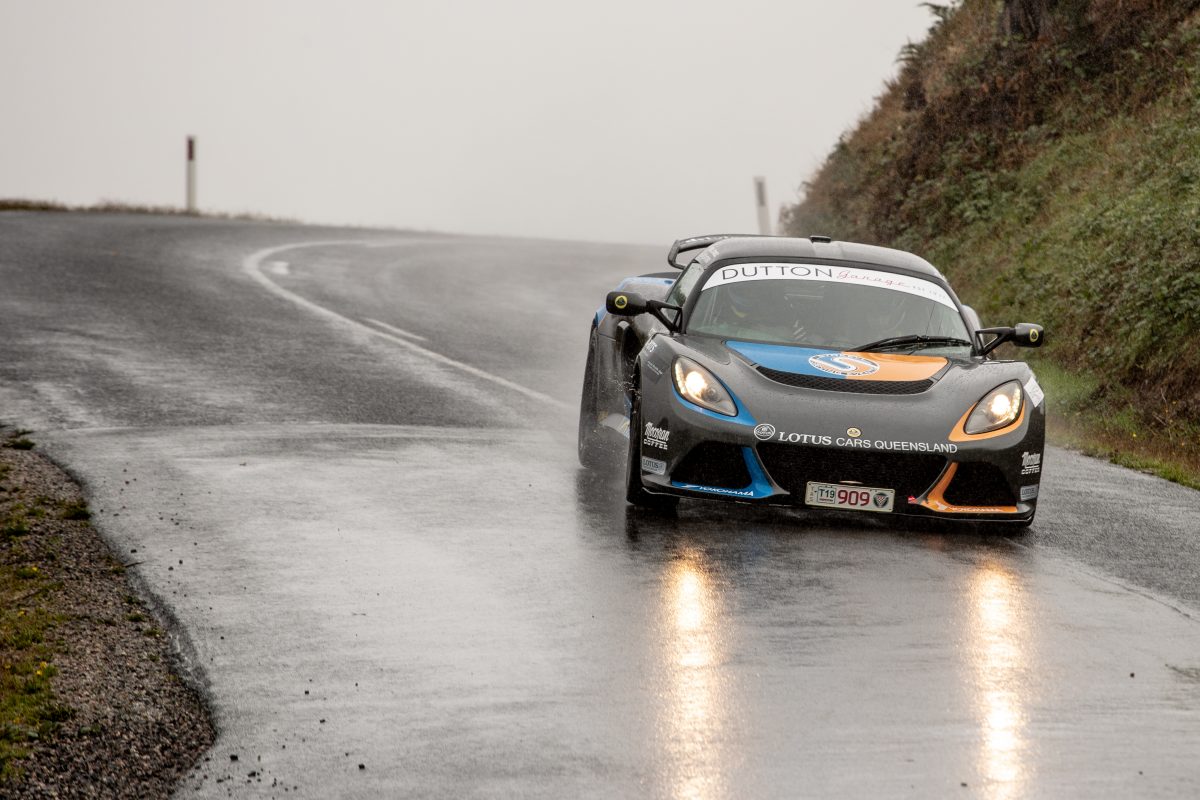 Paul Stokell has the lead of the 2019 Targa Tasmania with two days to go after more drama on the Apple Isle.

Matt Close and Cameron Reeves started a rainy Day 4 with a 44-second lead after Steve Glenney crashed out of first position a day earlier.

However, Close’s Porsche GT3 RS suffered electrical problems which cost him time, before he eased off when he came across a crash for the previously second placed Michael Pritchard and Gary Mourant.

“We came to a halt when we had some electronic gremlins,” said Close.

“We only lost 30 seconds, but then we came past Michael Pritchard’s crash and that was a wake-up call for me, so we decided to take it a little quieter in the afternoon.”

With Pritchard having slid his own Porsche GT3 RS into a barrier on Stage 17, Stokell and co-driver Kate Catford hold a 57-second lead over Close at the top of the classification.

Stokell, however, also had issues with his Lotus Exige.

“We wriggled a few things and it reset itself, so other than that, it’s been a good day,” he said.

“We’re only just over the halfway mark, so I’m not getting too excited about being in the lead.

“The car’s been good and I like the wet, so bring on a bit more of the same and I’d be quite happy.”