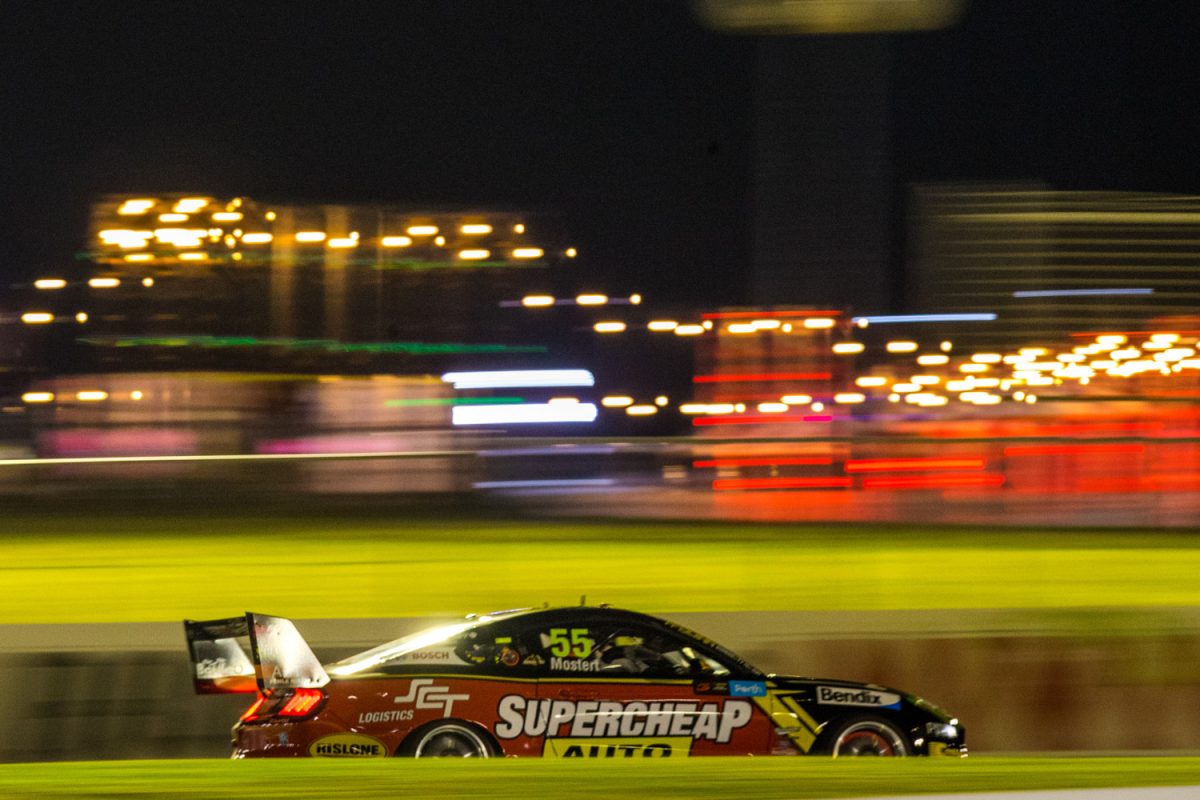 The effect of aero changes made to the Ford Mustang will not be truly realised until the series heads to other circuits, according to Will Davison.

The revised Mustang following Supercars’ mandated tweaks to the rear wing endplates, gurney flap, and undertray hit the track in anger for the first time in Thursday night’s opening practice at the Pirtek Perth SuperNight.

All six Mustangs ended up in the top 10 with Chaz Mostert (Tickford) the nearest rival to pacesetter Jamie Whincup.

Having now sampled the new aero package, drivers remained unsure as to the effect of the changes with the new, grippier track surface potentially masking differences.

“In all reality, you’re not going to really feel those sort of changes, I don’t think, with the tarmac and the bitumen and the grip level out there,” said Davison.

“I just said that to a couple of the Ford (Performance) guys that are here from the States and Australia.

“Obviously they were straight in (to ask), ‘How does it feel?’; it feels great, it feels good, but I don’t think we’ll really get a true indication until we move on to some other circuits.”

Mostert echoed Davison’s thoughts before admitting that the new asphalt will offer a close field spread due to the extra grip on offer.

“For me, I don’t know, it’s just such a different track to where we have run for the rest of the year so I think maybe the grip might mask a lot of our problems this weekend,” Mostert said when asked about the changes to the Mustang.

“I mean, look at the times, it’s super, super tight out there, so I think this type of surface always makes cars that might be a little bit out of the window, or near the window, straight into it, so I think it’s going to be a good weekend racing and looking forward to it.”

The Mustang will run for the first time in daytime conditions on Friday when the field returns for Practice 2 at 1245 local time/1445 AEST.