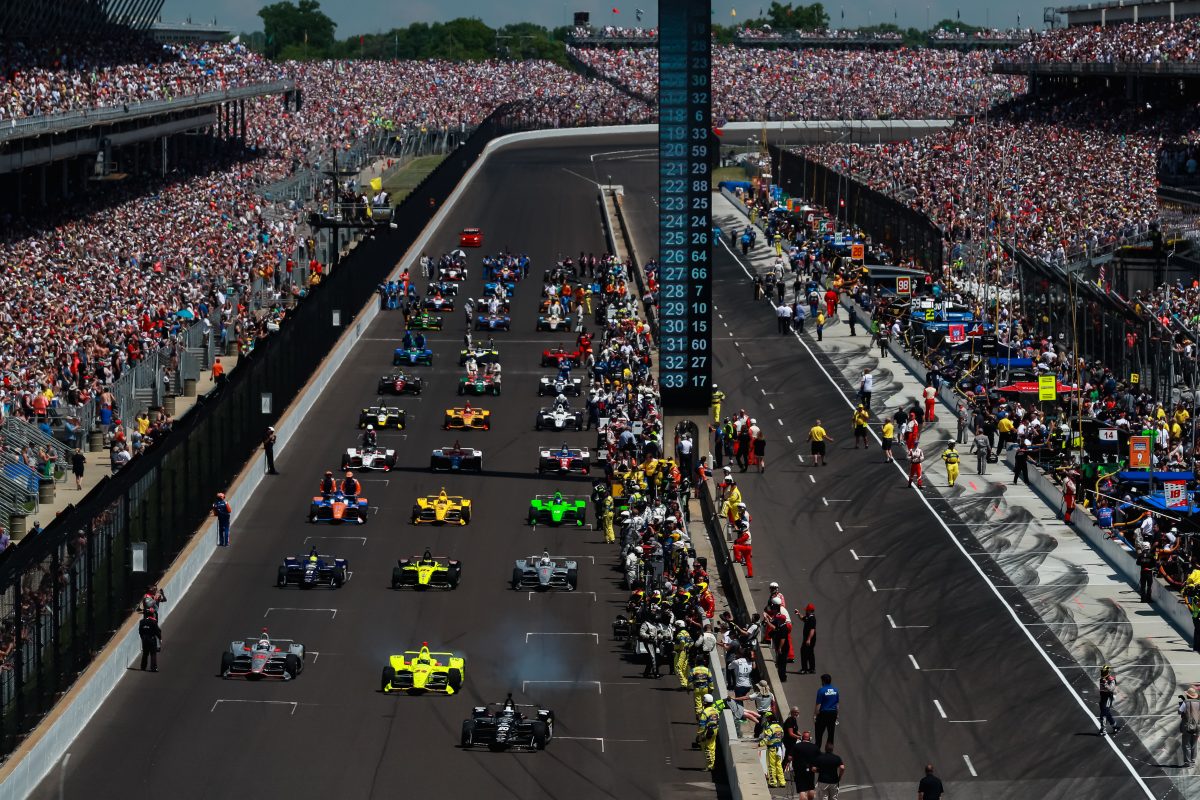 Cars on the grid at Indianapolis last year

A 36-car entry list has been released for this year’s Indianapolis 500, featuring seven past winners of IndyCar’s biggest race.

Helio Castroneves, who is again back in Team Penske’s IndyCar ranks for both Indianapolis races, is the most prolific 500 winner in the field with three victories (2001, 2002, 2009) to his name.

Formula 1 world champion Fernando Alonso will make his second Indianapolis 500 start in a McLaren Racing entry as he seeks to achieve the Triple Crown having won last year’s 24 Hours of Le Mans.

The field, which includes two cars with drivers yet to be confirmed, is one up on that which took to The Brickyard last year and split evenly between Chevrolet- and Honda-powered cars.

Bumping will take place on the same day as the Fast Nine Shootout as part of a new qualifying format this year.

Practice starts on Tuesday, May 14, after the IndyCar Grand Prix on Indianapolis’ infield roval on May 10-11 (local times).

Fox Sports will telecast the Indianapolis 500 race live in the early hours of May 27 (AEST).