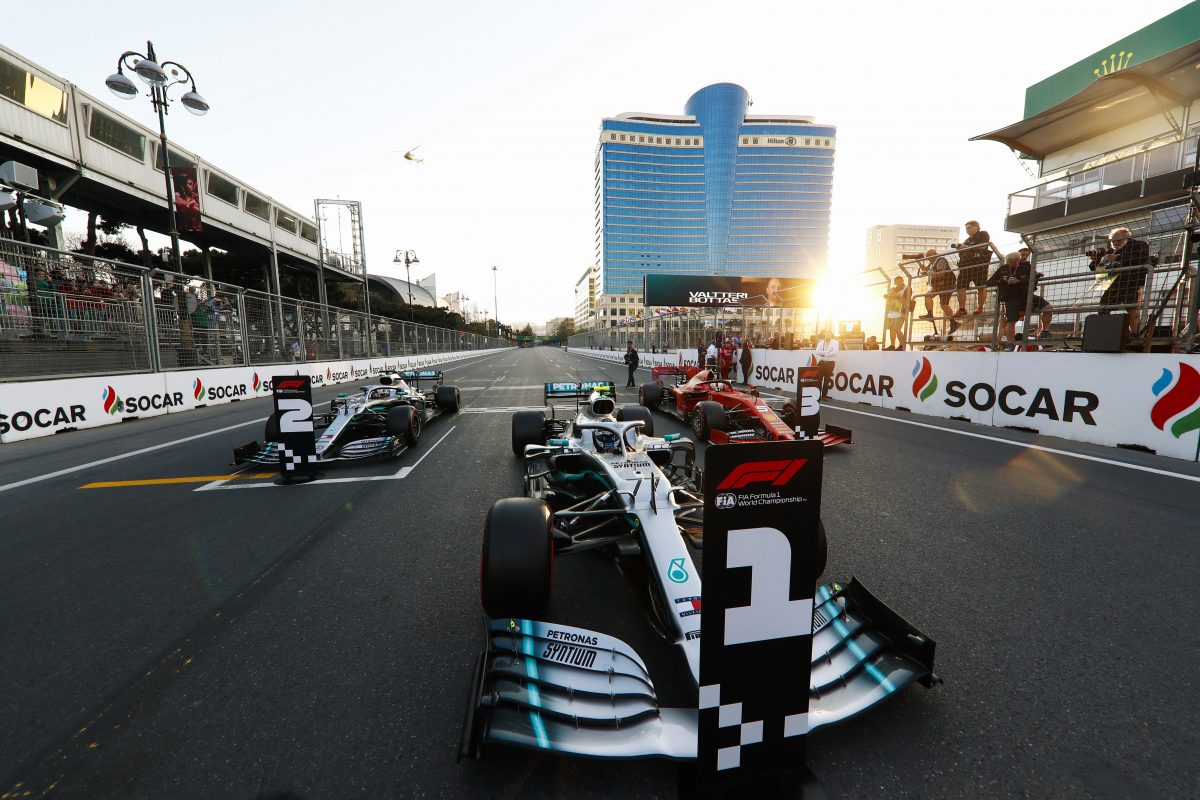 The top three after qualifying last time out in Azerbaijan

Formula 1 has scrapped plans to run a four-part qualifying session from next season following the release of draft regulations.

The sport’s organisers had looked at revising the qualifying format in an attempt to increase the spectacle and, hopefully, increase the likelihood of a leading driver starting out of position.

The proposal would have seen the top eight cars progress through to the final phase of the session, with those drivers then starting the race on the set of tyres used in Q4.

However, simulations run by teams suggested that the proposed change would have the opposite affect, with teams instead opting to save tyres rather than complete additional laps.

As a result the plans have been scrapped, with the 2020 format to remain identical to that used this year.

The regulations did though introduce a new regulation surrounding race starts, with tighter rules governing how teams set up their clutches.

It’s a move designed to shift the onus of performing the race start back onto the driver with the movement between the clutch and paddle linear.

If a team or driver wishes to use two clutch paddles, they will need to be identical in form and function.

F1 returns to its European homeland for the next event, set to be held at the Circuit de Catalunya in Spain on May 10-12.