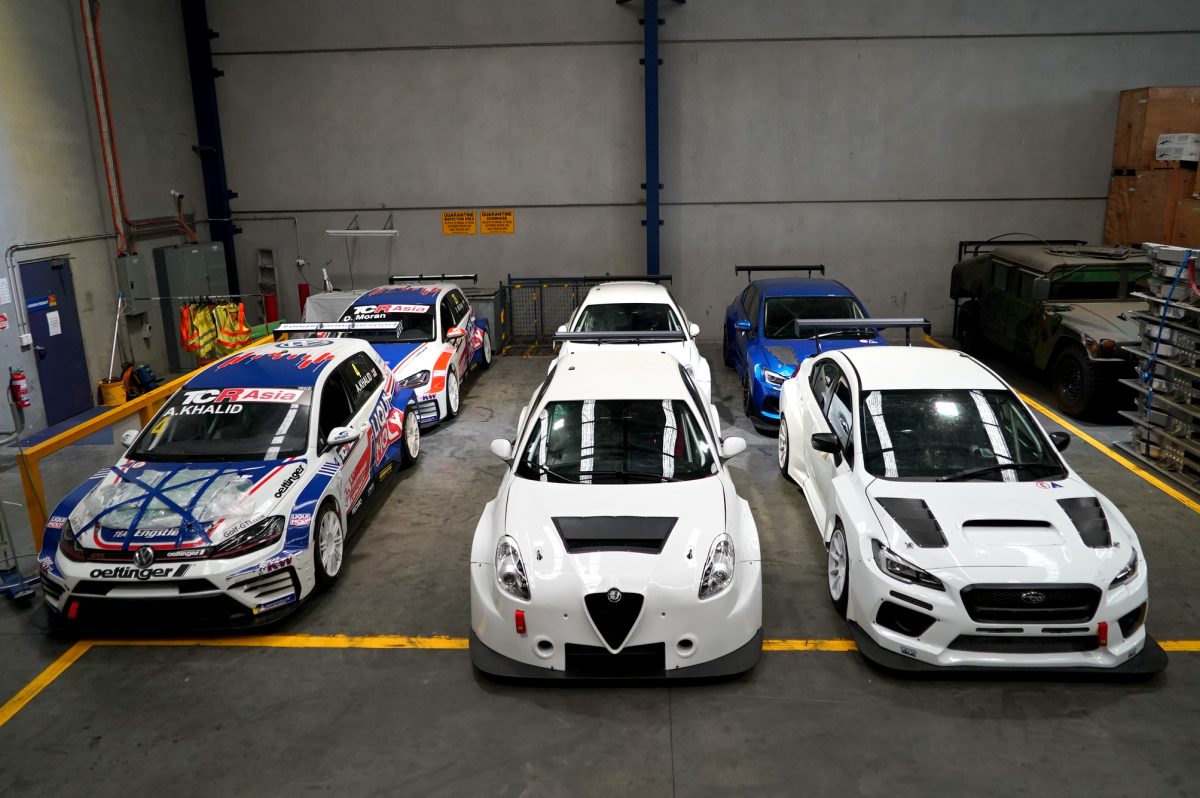 TCR cars that have arrived recently in Australia

TCR Australia has provided further details of the race format for its inaugural season, which features a half-hour turnaround between Races 2 and 3.

Each of the seven rounds will be run over three races and begin with a pair of half-hour practice sessions on Friday before 30 minutes of qualifying and a 30-minute race on Saturday.

On Sundays, only 30 minutes will be allowed between the end of Race 2 and the closure of pit lane for the start of Race 3, with the added challenge of a 10-minute parc ferme period following Race 2.

Teams will therefore have only the 20 minutes, at which time cars must be parked at 45 degrees on the pit apron, to effect any repairs between races.

Refuelling is not permitted but tank capacity covers the two races, and any other work is allowed.

The procedures are designed to maximise entertainment for at-track spectators as well as fitting both Sunday races into the telecast window on SBS.

Each car will be handed 10 hard compound Michelin slick tyres for a race weekend, with a new set required to be run in qualifying and two new tyres in each of Races 1 and 2.

Grids will be set on a progressive basis with two championship points and the $1000 prize money to pole-sitters, 40 points to the race winner in Races 1 and 2, and 50 points to the Race 3 winner.

“Putting the 2019 TCR Australia Series Sporting Regulations together has been a joint effort between Series Management and CAMS,” said Category Manager Liam Curkpatrick.

“There was a lot of effort put into creating an exciting format for teams to compete under and for fans to watch.

“One of the unique parts of the round formats is the short time in between Races 2 and 3. Cars must stay in pit lane in between these races with crew only being able to work on the cars for a short window before pit exit opens for Race 3.

“This brings the teams into the forefront and in public view getting the cars turned around in time. It adds another element to the show and is something very different to what we are used to. I’m confident that the fans will find this very exciting.

“From the outset it was important that we make the racing entertaining for the teams, the fans at the track and those watching the live SBS TV broadcast.

“We are pleased with what has been put together and look forward to getting the series started in Sydney in two weeks.”

TCR Australia will also utilise the same Balance of Performance procedures as other TCR series around the world, with the potential for BOP changes from round to round.

More cars are arriving in the country with nine set to be handed over to teams from customs today, and the two Opel Astras and two Renault Meganes expected in Melbourne in coming days.

There will be a test on Monday at Winton before Round 1 with Shannons Nationals at Sydney Motorsport Park on May 17-19.

SBS will air TCR and potentially other series’ races in telecast windows on the Saturday and Sunday afternoon.