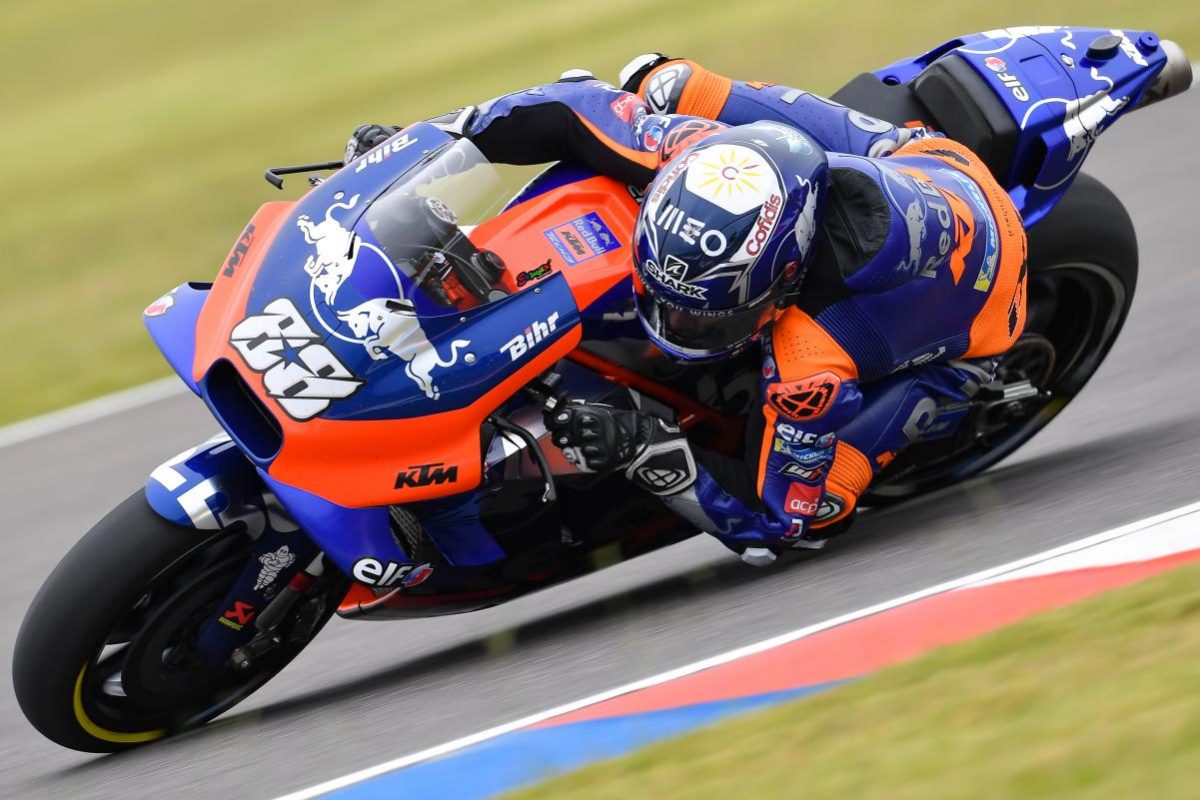 KTM has taken up its option on MotoGP rookie Miguel Oliveira which will keep him at satellite team Tech 3 next year.

The Portuguese rider’s step to the premier class was announced almost 12 months ago, during a Moto2 campaign in which he finished runner-up with the Red Bull KTM Ajo team.

Oliveira has already finished in the points twice in the first three MotoGP races of 2019, taking 11th in Argentina then 14th in the United States last time out.

“The option on Miguel expires in the summer, but we have already redeemed it,” KTM Motorsport Director Pit Beirer told German publication Speedweek.com.

The 24-year-old is currently 16th in the championship while team-mate Hafizh Syahrin is scoreless in 21st position.

KTM Factory Racing riders Pol Espargaro and Johan Zarco, each of whom are contracted until the end of 2020, are ninth and 19th respectively.

MotoGP continues this weekend with the Spanish Grand Prix at Jerez, where Ducati’s Andrea Dovizioso arrives on top of the points table.