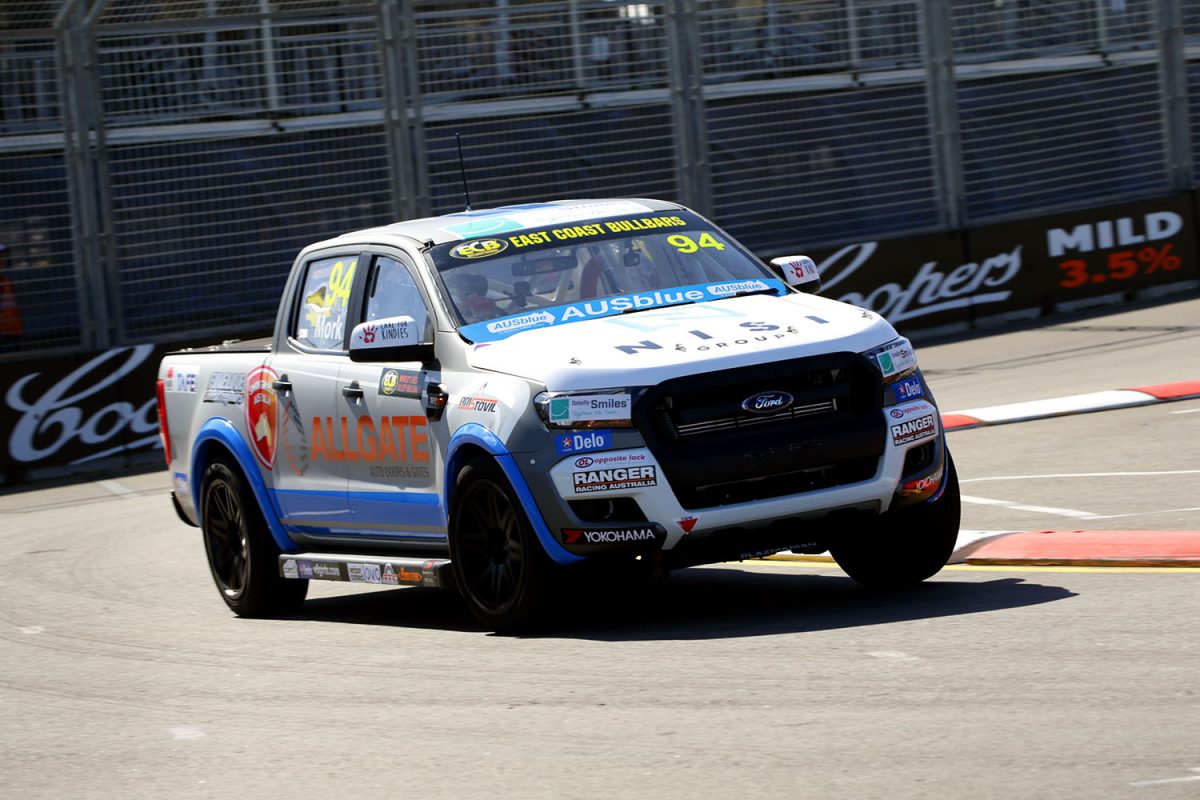 Christopher Formosa will revert to Allgate Motorsport’s second Ford Ranger SuperUte this weekend at the Pirtek Perth SuperNight after an opening round rollover.

Formosa’s Ranger snagged a tyre wall and went over in the terraces section on the first lap of Race 1 in Adelaide after a remarkable five-wide run to the first corner.

The Sydneysider himself was unhurt and while the ute did not see any more action that weekend, the chassis was largely intact.

Formosa will nevertheless drive the team’s second Ranger in Round 2 at Barbagallo Wanneroo Raceway having not had time to test the rebuilt ute beforehand.

“We’re using the second car at this stage,” Formosa, who will continue to race Car #49, told Speedcafe.com.

“We got the first car rebuilt but there was just not enough time for testing and all the smaller things to get the car ready.

“It’s come together, but we probably needed another week or two to do all the smaller bits and pieces. It wasn’t really race ready.

“A lot of it’s been put back together, it’s more just actually taking it on a test day, doing adjustments to it and seeing how it feels, making sure it all runs… because everything was sent away so when it all comes back together (you want to check) if it all works properly as well as wrapping the car because it’s all been completely rebuilt.”

That Ranger has not appeared since last year’s finale in Newcastle but is identical in specification to the first Ranger, both of which have been at Ross Stone Racing’s southeast Queensland workshop since Round 1 for suspension and rear frame upgrades.

The changes will see the SuperUtes ride around 10mm lower in Perth, according to Supercars, before a new wheel and tyre package brings them down even further at Winton later in May.

Round 2 of the ECB SuperUtes Series will be contested over races of 12, 20, and 12 laps respectively, with two practice sessions this Thursday and Armor All Qualifying on Friday afternoon.