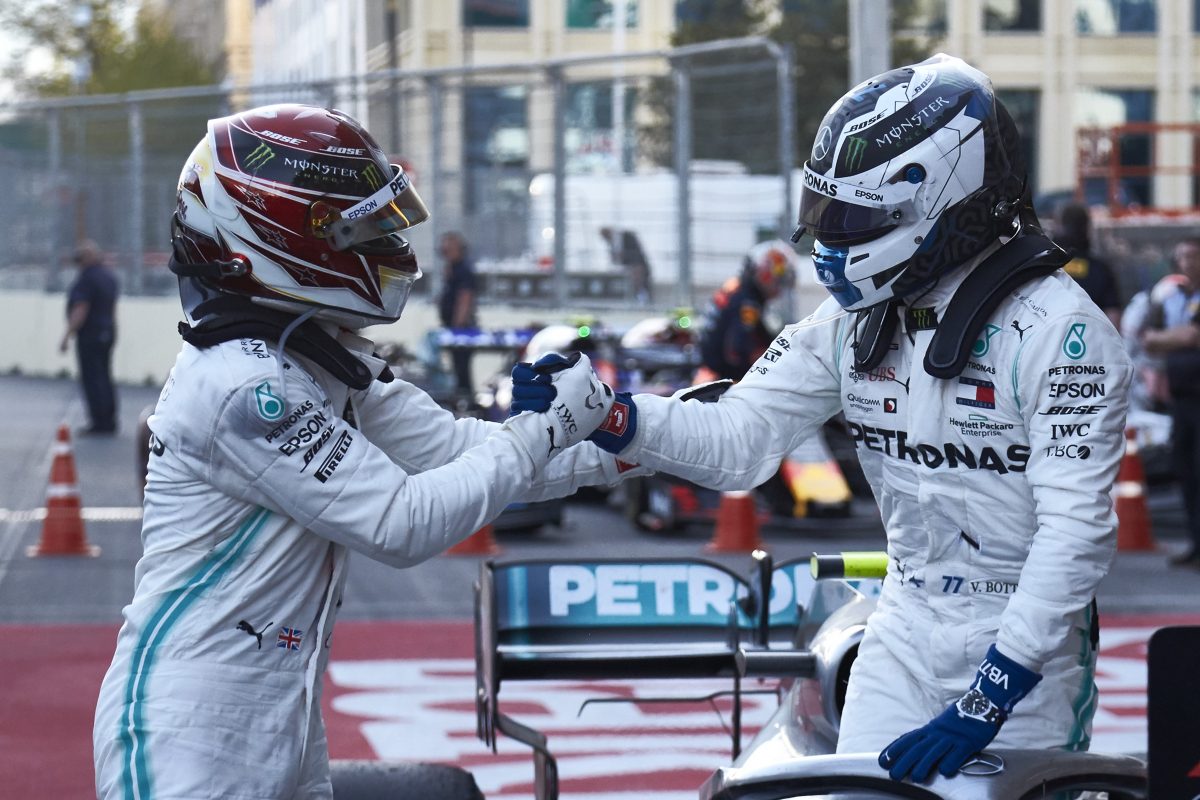 Toto Wolff insists that his Mercedes team has been ‘flattered’ by its four one-two finishes in as many races at the start of the 2019 Formula 1 season.

Mercedes has not, however, had the fastest car on each grand prix weekend to date.

In Round 2 in Bahrain, Charles Leclerc qualified on pole and looked like taking victory for the Scuderia until a short circuit cost him dearly.

The Monegasque driver also displayed superior pace in Friday practice in Baku before crashing out of qualifying.

Wolff highlighted those performances as reason to believe that the disparity between Mercedes and Ferrari is not as great as headline results suggest.

“You can see the fluctuations of the performances,” he said.

“Ferrari’s performance in Bahrain was in a league of its own. Ours was in Melbourne and in China, but I think that the first four races flatter.

“We see a strong Ferrari on Friday and on Saturday, and I still believe that Charles was probably the fastest man on track (in the race in Baku), but like in Bahrain, it didn’t come together.

“You can say now, ‘Yeah, stop saying these things, it’s the fourth one-two in a row’, but it is still very much our mindset.

“We still believe that there are so many things we need to understand better and improve.”

Wolff ventured as far as to say that Ferrari is faster in a straight line, at least in qualifying, but praised Mercedes’ overall racecraft.

The Brackley-based outfit’s crew and drivers have been on song in each of the four race weekends so far whereas Ferrari has arguably erred strategically at times.

“I think that in qualifying Ferrari are still very much the benchmark on straight line speed,” he claimed.

“That is not the case in the race. So they are having really good performance for this single lap, but in the race it kind of converges.

“I think that what we did in the first races was put all the things together. The team didn’t do any mistakes, the strategy calls were right, the drivers didn’t put a foot wrong, and that made us win the first four races.

“Then when you look at (Ferrari), they had more problems.”

Mercedes’ superb start to 2019 sees Bottas lead the drivers’ championship by just the fastest lap point which he earned at Albert Park, given he and Hamilton have two wins apiece.

Vettel is already well over a race behind in third, 34 points adrift of Hamilton, while Mercedes’ margin over Ferrari in the constructors’ standings is now 74 points.

The Circuit de Barcelona-Catalunya hosts the Spanish Grand Prix on May 10-12.