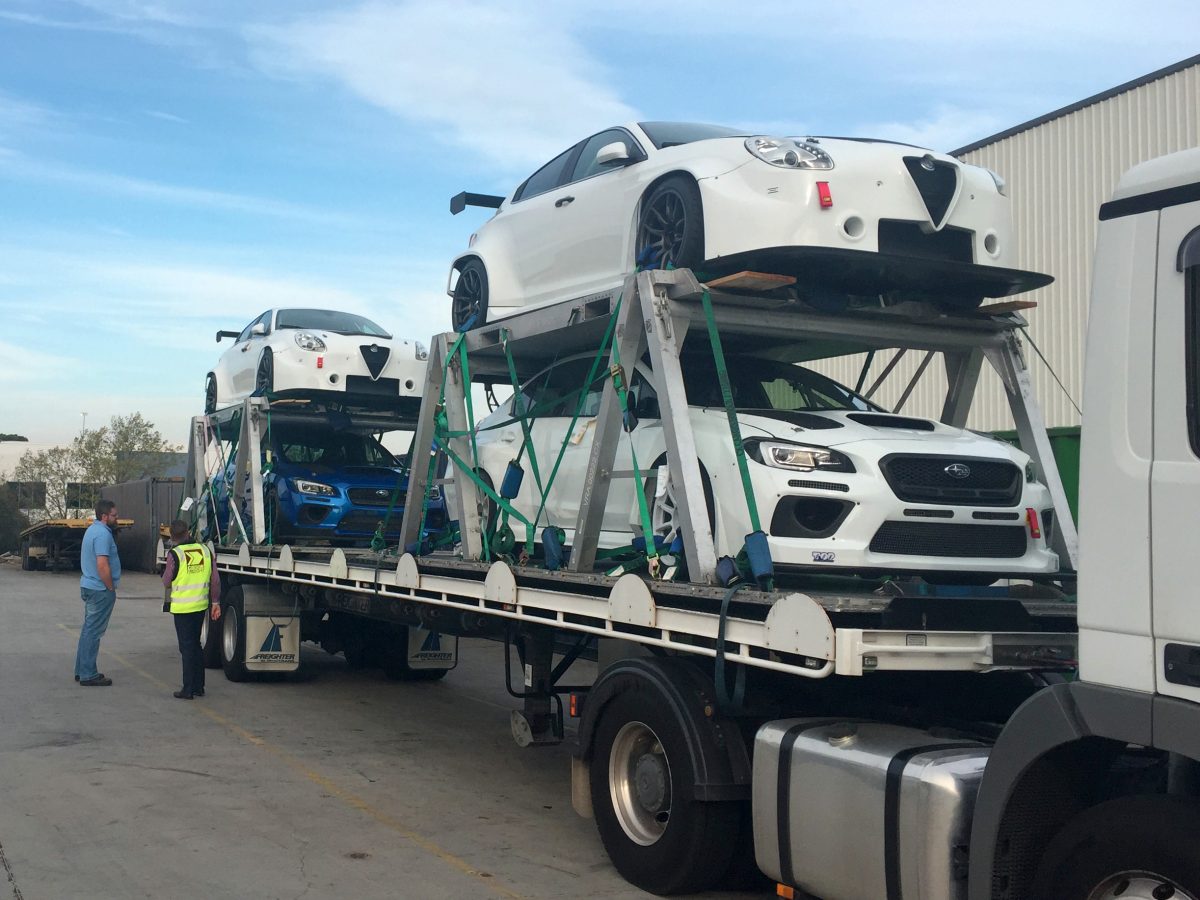 A batch of nine TCR touring cars have arrived in the country as preparations build for the inaugural TCR Australia Series.

The cars are currently in the hands of customs in Melbourne before being released to their respective teams on Wednesday.

Teams are set to hit the track for a test day at Winton next Monday which will also act as a shakedown.

“It’s great to see that the cars have arrived in Australia safe and sound,” said Matt Braid, director of TCR Australia promoters the Australian Racing Group.

“The team at Gibson Freight has, as always, done an outstanding job getting the cars from Europe over here and now some of the teams can look forward to receiving their machinery.

“The test at Winton is an important day for all of them, as most of the teams have never seen the cars before.

“We’re looking forward to watching a big day unfold at Winton ahead of an historic opening round at Sydney Motorsport Park.”

Speedcafe.com understands that a further two more driver announcements are likely this week.

A grid of at least 15 cars is expected for the TCR Australia opener at Sydney Motorsport Park from May 17-19.