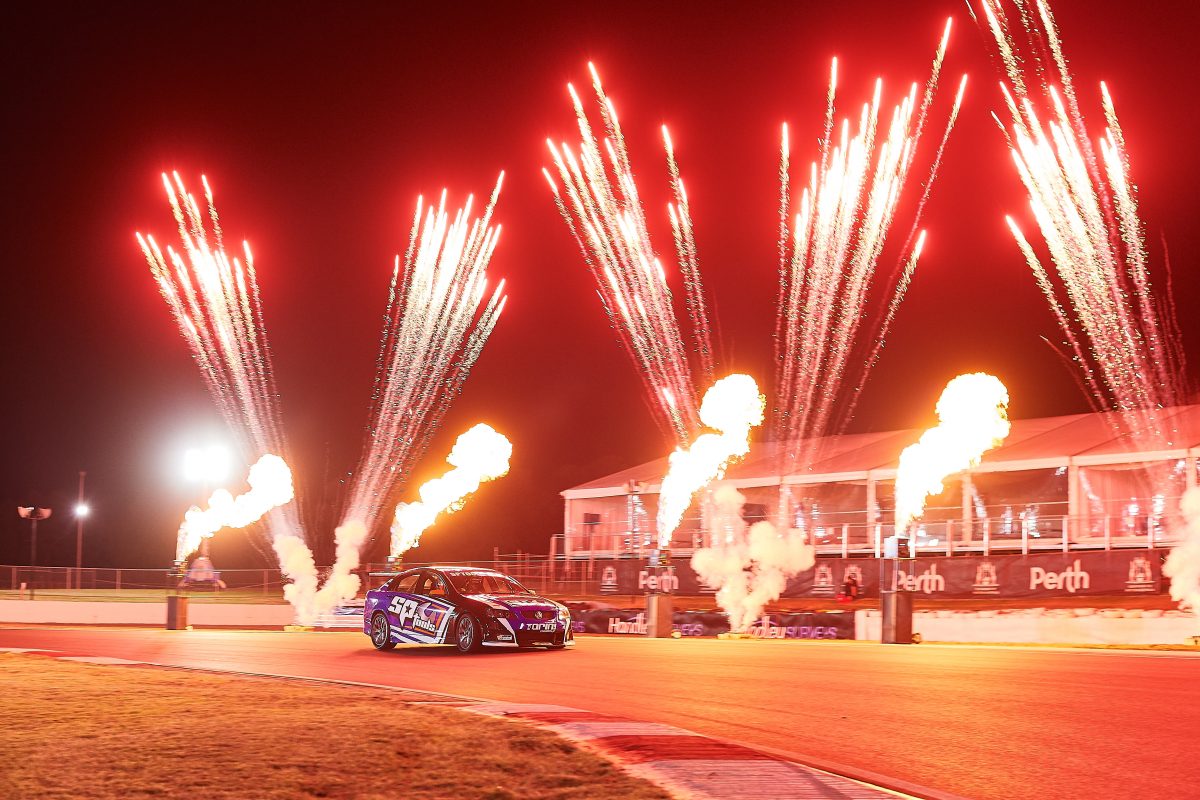 Preparations for the inaugural Pirtek Perth SuperNight stepped up a notch with Supercars conducting a test of its lighting at Barbagallo Wanneroo Raceway.

Former championship full-timer and Perth local Alex Rullo was called upon to help test the conditions at the 2.42km circuit which will be lit up by 41 light towers and five floodlights.

Rullo, who is set to partner Simona De Silvestro at Kelly Racing in this year’s Pirtek Enduro Cup, drove an SP Tools-branded VE Commodore around the venue last night.

“I couldn’t be more excited to have the night race here in Perth, I watched the Sydney one last year which was fantastic,” said Rullo.

“I drove here in Perth at night last year with none of this lighting. Now with these towers in place you can easily drive with the visor down and see very clearly. 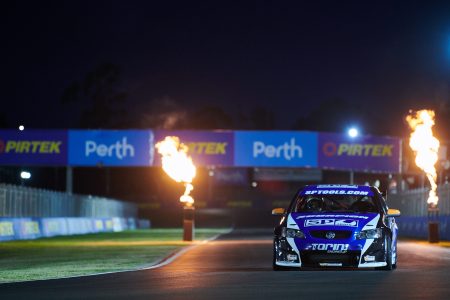 Barbagallo Raceway under lights for Supercars with Alex Rullo.

“It is going to be a great spectacle, particularly with Perth being a short track with such an amphitheatre atmosphere and the crowd being so close to everything.”

The test was overseen by Supercars media boss Nathan Prendergast, who was impressed by the increased lighting cover compared to that displayed at last year’s SuperNight at Sydney Motorsport Park.

“We are looking to go one step better in Perth,” said Prendergast.

“The intent is not to light it up like a stadium but to give the fans a feel of a glow of the brakes and the flames from the exhaust but to also make it a fantastic television product.

“We have more lights in comparison to Sydney and the circuit will have a better overall cover. It will look fantastic at night, particularly some of the shots from the air.”

In addition to the lighting, Supercars has laid on special pyrotechnics at the final corner, similar to those used at Sydney last year, to wow spectators when drivers are introduced to the grid for the two races on Friday (120km) and Saturday night (200km).

Meanwhile, teams have already started to show off their special liveries for the SuperNight with Kelly Racing revealing its LED light boosted colours today.

The Pirtek Perth SuperNight begins on Thursday with opening practice under lights at 1840 local time/2040 AEST.