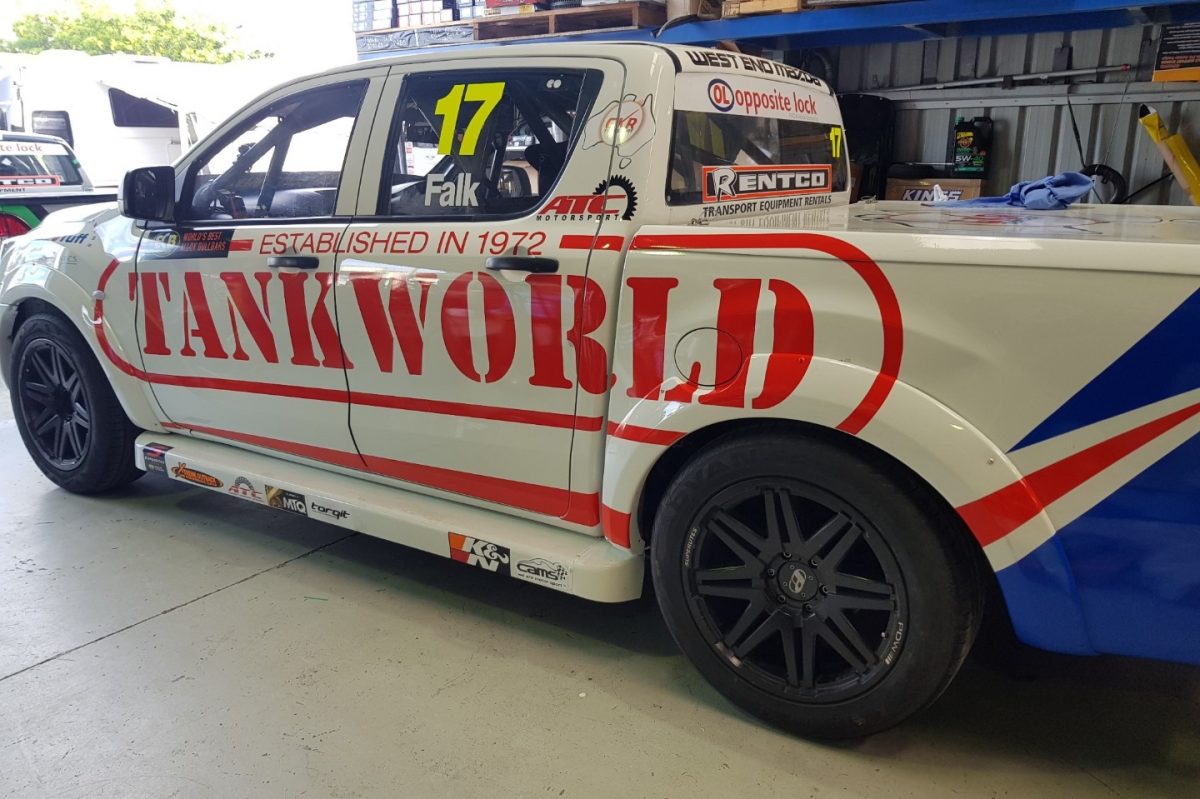 Speedcafe.com has obtained an image of the Mazda BT-50 which Ben Falk will race at Barbagallo, where the SuperUtes will run lower due to suspension upgrades.

Falk will switch from to one of Peters Motorsport’s two BT-50s for the remainder of 2019 having debuted in the ECB SuperUtes Series in Adelaide in an ex-Ross Stone Racing Holden Colorado.

The BT-50 had been campaigned last year by Aaron Cameron but the teen has been sidelined from SuperUtes due to the drought-induced loss of the entry’s previous major sponsor, with Mazda dealer Adam Dodd filling the seat in Round 1.

The Colorado will make the journey across the Nullarbor although a driver has not yet been locked in.

Brett Peters, team manager, highlighted the benefit of Falk being able to learn from 2018 series winning team-mate Ryal Harris, who is again on top of the standings.

“Young Falky’s jumped ship, he’s now going to drive the Mazda for the rest of the season, so he can obviously learn from Ryal, same as Aaron last year,” Peters told Speedcafe.com.

“The opportunity came up for him to do a deal with us to drive the Mazda for the whole season and that’s obviously got the advantages of being Ryal’s team-mate.

“We’ve got a couple of guys trying to lock the Colorado away but it’s going to go anyway because at the end of the day if at least it’s in Perth and a last minute deal can be done, it’s there, where as if it’s sitting in our workshop, there’s no point.

“But Falky’s all ready to go, and both the EFS 4×4 Accessories car and the Tankworld car have been tested, driven by Ryal. (They’re) exactly the same, less than a tenth of a second between them, and they’re ready to go.”

Round 2 of SuperUtes in Perth marks the starts of a new wave of upgrades for the turbo diesel vehicles.

Supercars confirmed that the first stage would involve the utes running at a 10mm lower ride height this weekend due to new front dampers and modification of the rear frames.

They are set to ride even lower from Round 3 at Winton later in the month when a new wheel and low-profile tyre is introduced.

Round 2 of SuperUtes supports the Pirtek Perth SuperNight from Thursday, when the field will take to Barbagallo Wanneroo Raceway for two practice sessions.