Home » Bikes » Staring goes three from three at The Bend

Staring goes three from three at The Bend 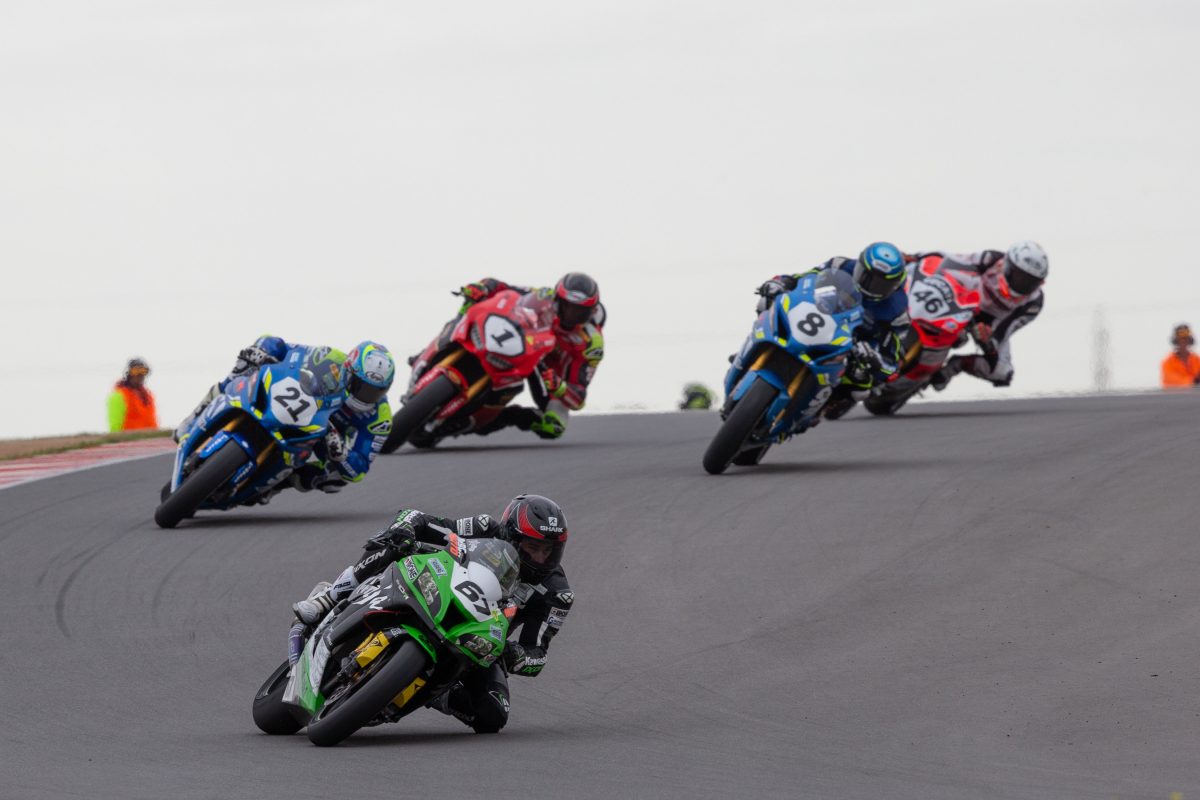 Bryan Staring at the head of the pack pic: Andrew Gosling – tbg sport

Bryan Staring now leads the Kawasaki Australian Superbike Championship after winning all three races of Round 3 at The Bend Motorsport Park.

Starting only sixth in Race 1, which was shortened to nine laps due to an early red flag and full restart, the Kawasaki rider initially ran behind a vigorous battle for the lead between Arthur Sissis (Suzuki), Daniel Falzon (Yamaha), Mike Jones (Ducati), and Mark Chiodo (Honda).

Jones, who will ride in place of Troy Bayliss for the end of the year after standing in as an injury replacement for the three-time world champion in Round 2, qualified on pole but it was Sissis with the holeshot for the first attempt a race start before Falzon and then Chiodo led when the race got underway again.

Jones was second to Chiodo when he had a dive at Turn 1 on Lap 6 but that saw him instead lose a spot to Staring, who also took first position before the lap was out and was not headed again.

Second went to Jones and third to Cru Halliday (Yamaha).

In Race 2, Wayne Maxwell (Suzuki) led for the first five laps, while Halliday was second and Staring third at the end of the standing lap.

Staring gave up a place when he skated wide into Turn 1 but regained that within a couple of laps before passing both Halliday and then Maxwell on Lap 6.

Jones came from 10th after the first lap to deny Maxwell second position, which he took over on Lap 7 of 10.

Staring completed the sweep despite running as low as seventh in Race 3, where he sat for the first two laps before climbing to fourth by the end of Lap 5.

Next time around, he rounded up early leader Jones at Turn 10, passed Josh Waters (Suzuki), then assumed the lead when Maxwell made an error at the last corner of the race track.

The #67 Kawasaki went on to win by 4.6s from Maxwell and Halliday.

Staring therefore takes a championship lead of one point over Halliday to Round 4 at Morgan Park on July 5-7.