Home » Features » Pirtek Poll » POLL: Who will star at the Pirtek Perth SuperNight?

POLL: Who will star at the Pirtek Perth SuperNight? 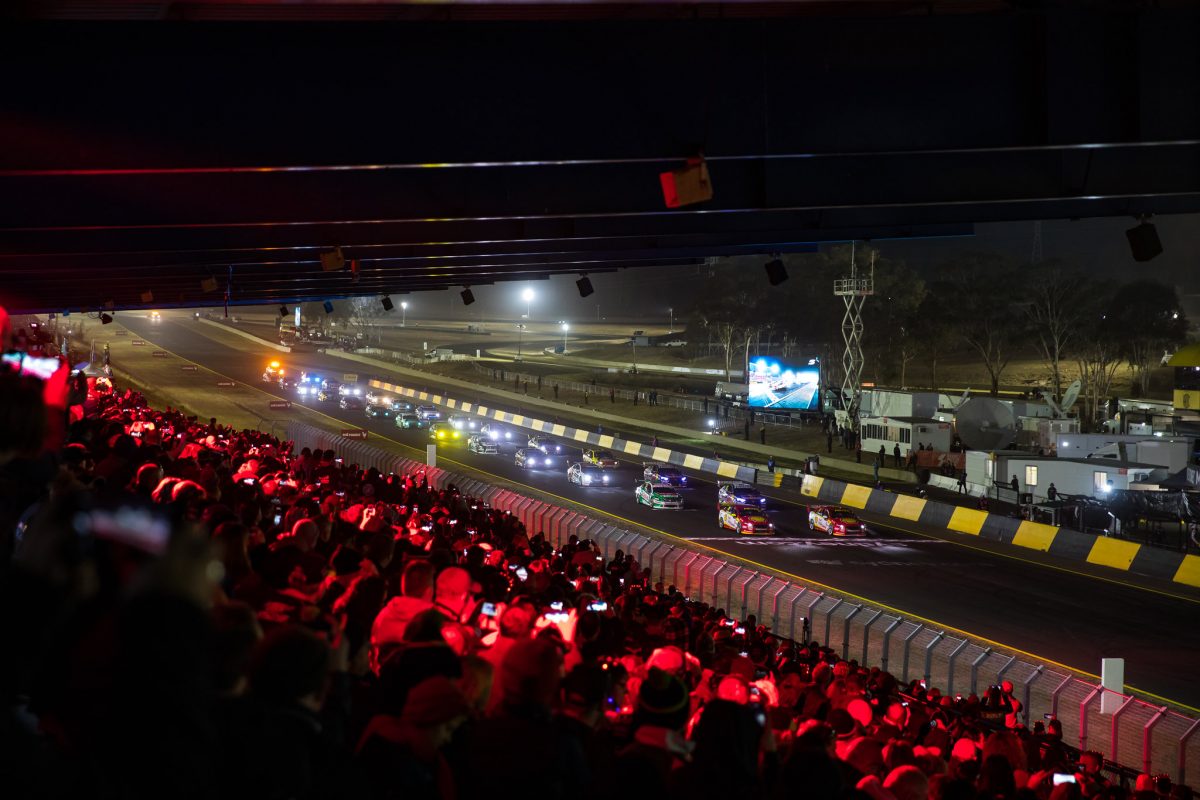 The SuperNight concept will head to Perth this weekend following a successful debut at Sydney last year pic: AJP Photography

Further parity changes to the Ford Mustang, a new track surface and racing under lights make for a potentially unpredictable trip west for the Pirtek Perth SuperNight.

A format tweak sees the 25 car field, courtesy of a Tim Blanchard wildcard, tackle two races instead of one 300km showpiece, with a 120km heat on Friday night followed by a 200km outing on Saturday.

The big talking point heading into the fifth round of the series once again centres around parity after Supercars confirmed controversial changes to the Mustang’s aero package, which was originally approved by the category last year.

It is the second time Supercars has mandated changes to Ford’s new charge this season after a centre of gravity ruling determined that 28kg of ballast had to be repositioned to the car’s roof earlier this month.

From this weekend, the Mustang will run smaller rear wing endplates, a lower gurney flap and a modified undertray as part of the championship’s move to ensure technical parity across the Ford, Holden and Nissan models.

However, it is unknown just how these changes will affect the Ford’s performance and the series’ pecking order at Perth this weekend.

The Mustang has been the class of the field, especially in the hands of championship leader Scott McLaughlin, who has racked up seven of the car’s nine victories from 10 races.

Barbagallo proved to be happy hunting ground for McLaughlin last year after winning both races highlighted by a storming drive from 19th to the top step of the podium on Sunday.

Adding to the mixing pot of variables this weekend is a brand new track surface at the 2.42km circuit.

Known as a tyre punisher due to its abrasive asphalt, the circuit will provide vastly different conditions to teams courtesy of a complete resurface, the first since 2004.

A far smoother surface has been laid in the off-season which is set to provide record pace and could easily shake up the field and offer up different race strategies.

Teams have already predicted that vastly changed set-ups and strategies could come into play, while Nick Percat, who sampled the track earlier this month, believes drivers will attack the circuit differently.

Extra intrigue will come in the form of racing in the cooler night time temperatures.

Shell V-Power Racing stole the show in qualifying last time out under lights before Triple Eight took command in the race with a one-two headed by van Gisbergen.

Will the parity changes take effect and shake up the order, or will the new track surface and night racing spice up the racing?

Who do you think will star at the Pirtek Perth SuperNight?