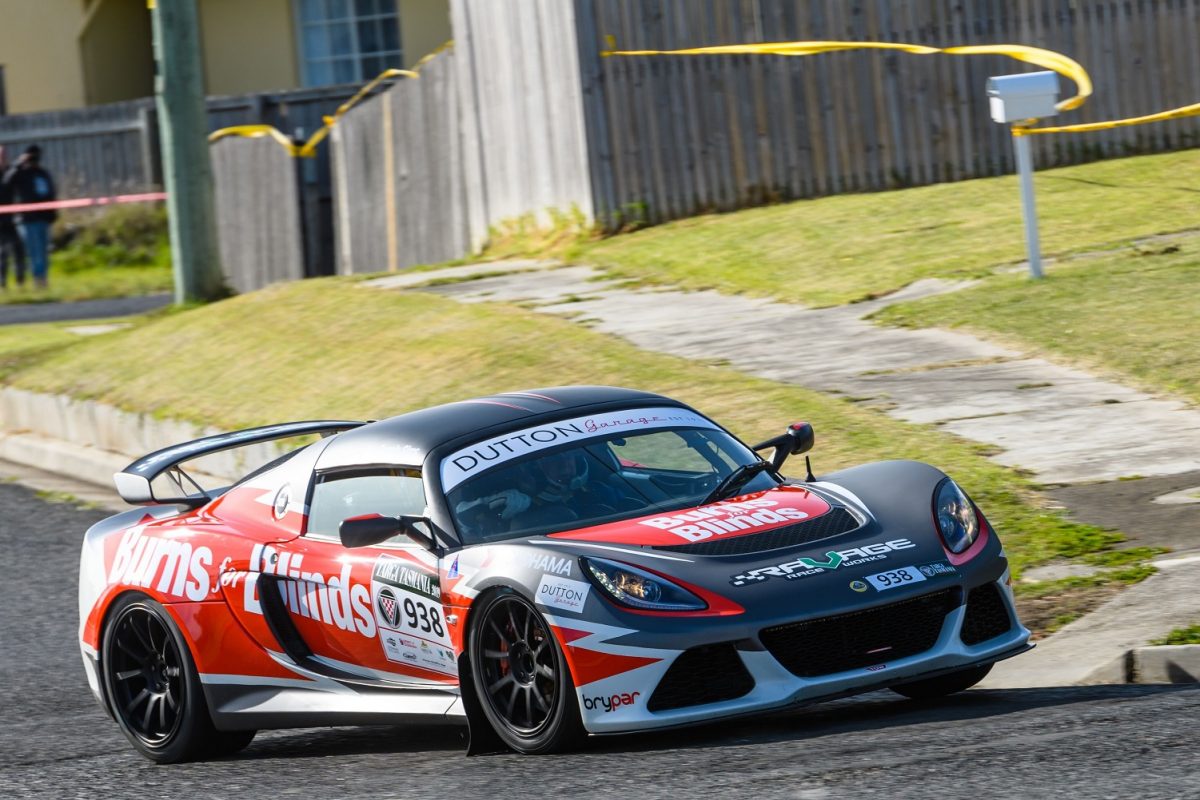 Steve Glenney holds a one-second lead over the Whites after the first day of the 2019 Targa Tasmania.

Glenney now has a Lotus Exige at his disposal after finishing runner-up to Jason and John White when he drove a Subaru WRX last year.

“Driving the Lotus is crazy different to anything else I’ve ever driven,” said Glenney, who has Dennis Sims alongside him in the Lotus.

“It requires quite a different style, so it’s all about adapting to that.”

The Whites had a scare with their Dodge Viper at the ceremonial start but were happy to minimise the damage to their campaign for an eighth Targa Tasmania victory.

“We left the ceremonial start at the country club and had smoke coming from underneath the dash and we thought car was going to burn to the ground.

“It turned out to be some wiring close to the exhaust, but it cut out the right hand bank on the motor, so we did the first stage on five cylinders, but it was a low base time so it didn’t knock us around too much.”

Leg 2 tomorrow sees 74km of competitive running in the north of the state.

Next Story Glenney leads, Whites out of contention at Targa Tasmania