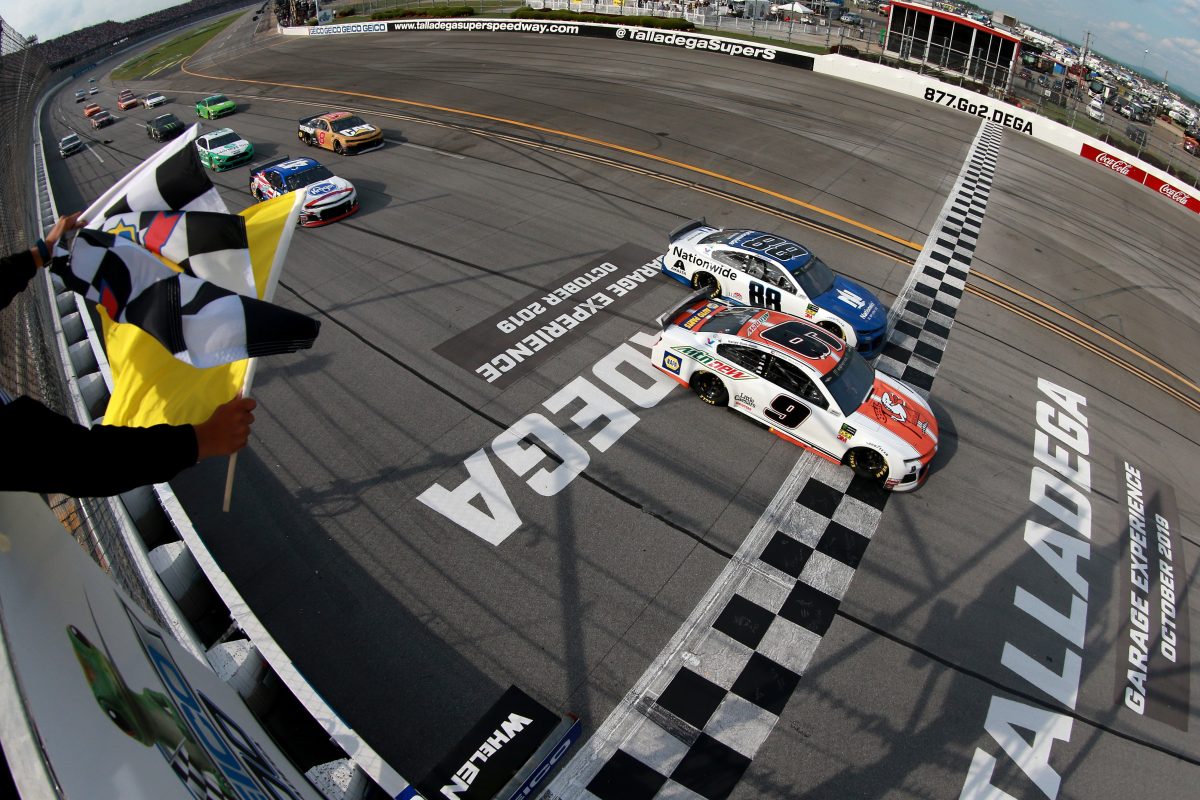 Chase Elliott has taken victory in Talladega as Kyle Larson suffered a major rollover on the final lap of the 10th race of the NASCAR Cup Series.

With a little bit of help from Hendrick Motorsports team-mate Alex Bowman, Elliott made his way to the front of the field on the restart lap.

He was under threat from Bowman and Ryan Preece when Caution was called on the final lap as Larson got hit and flipped.

That locked in a Hendrick one-two and all-Chevrolet top three, with Logano fourth and Daniel Hemric fifth.

Kyle Busch leads the series despite finishing 10th, while Brad Keselowski had a backwards pit stop on his way to 13th.

Next Story Dover NASCAR race postponed due to rain