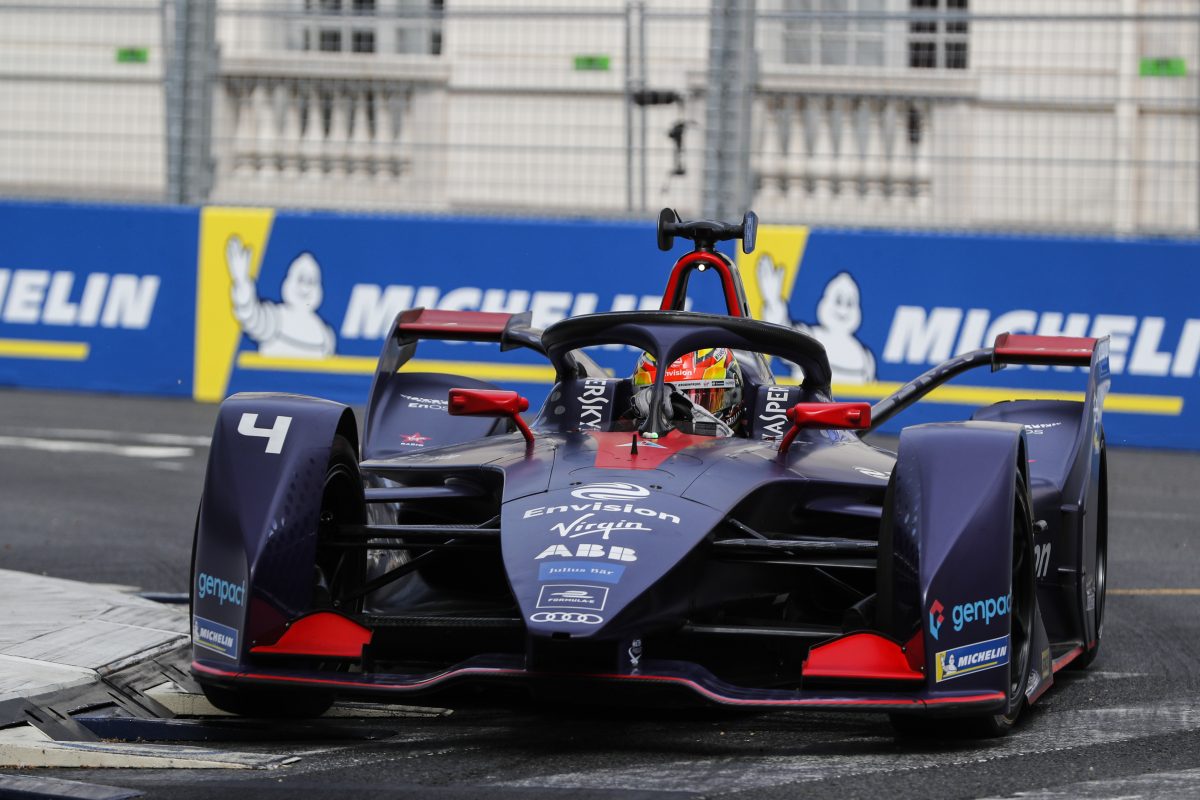 Robin Frijns has won a Paris E-Prix which was marred by several incidents as heavy rain caused drama.

The Virgin Racing driver is the eighth different winner in as many races this season, while Techeetah’s Andre Lotterer took second, Audi Sport’s Daniel Abt third, and Jaguar’s Mitch Evans 16th.

Both e.dams Nissans started at the head of the field after the Mahindras, including that of original pole-sitter Pascal Wehrlein, were sent rear of grid for not meeting minimum tyre pressures in qualifying.

The race started under Safety Car as one side of the grid was wet due to earlier rain before Oliver Rowland ran into the wall while holding first position.

That left Sebastien Buemi in the other Nissan in the lead but he had a slow run through Turn 8 on Lap 11 and was passed by Frijns before pitting with a puncture.

Despite rain and even hail making for the first wet race in Formula E history, Frijns did not come under pressure from those behind and took victory with 32 laps to his name.

Lotterer had not long passed Felipe Massa by the time Buemi had to peel off and the German ran second thereafter.

Massa might have held on to a podium position but spun his Venturi entry and eventually finished ninth.

Behind Abt at the finish was team-mate Lucas di Grassi, who prevailed in a battle with Maximilian Gunther (Dragon) for fourth.

Wehrlein made his way to 10th while Rowland finished 12th having punted Alexander Sims (BMW Andretti) in the wet.

The latter is one of three drivers who have been hit with grid penalties for the next race due to various incidents, along with Jerome D’Ambrosio (Mahindra) and Edoardo Mortara (Venturi), after an encounter which saw four Full Course Yellows.

Buemi was 15th in the end, while Evans had to take a new front wing due to contact on his way to 16th.

Frijns is the new Formula E championship leader, by a point over Lotterer, ahead of Race 9 in Monaco on May 11.