An image of the redesigned Ford Mustang rear wing endplate has emerged which reveals the amendments Supercars has mandated to ensure technical parity.

Following the results of the series’ aero investigation, Shell V-Power Racing and Tickford Racing have been forced to trim the size of the rear wing endplates, lower the gurney flap and reduce the length of the Mustang’s undertray prior to next week’s Pirtek Perth SuperNight.

While the existing gurney flap and undertray can be modified, an all-new considerably smaller endplate has been designed and fitted to the six Mustangs this week.

The image obtained by Speedcafe.com shows that the new rear wing endplate has noticeable changes to its dimensions compared to the previous version.

It is notable that the endplate does not extend nearly as far below the screws with which it mounts to the piece that hangs off the car’s bootlid.

Next week will see the new Mustang aero package hit the track for the first time when opening practice under lights begins at Barbagallo Wanneroo Raceway on Thursday from 1840 local time. 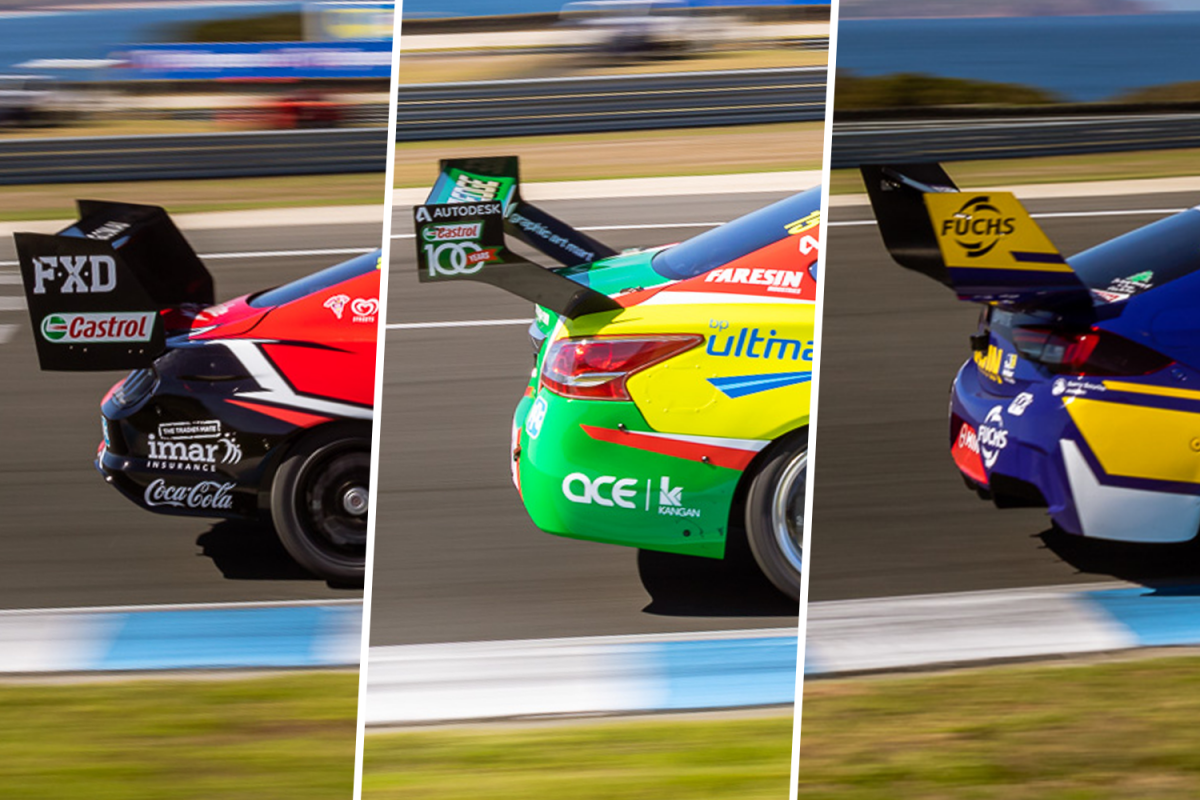 A comparison of the original rear wing endplates on the Ford (left), Nissan (centre) and Holden (right)