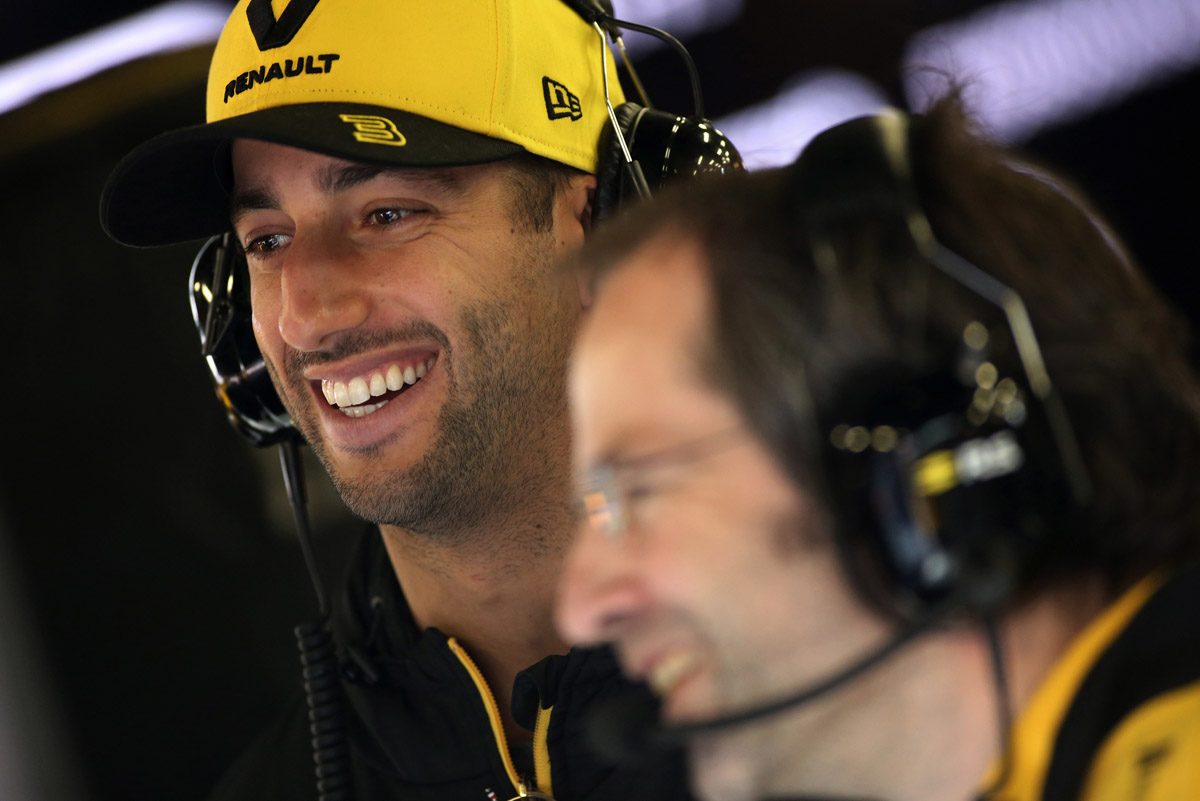 Nico Hulkenberg believes Daniel Ricciardo has been a positive influence on Renault since joining the team for the 2019 season.

Ricciardo has endured a rocky start to his Renault career, with a double DNF to start the year before banking his first points for the team in China.

The Australian has admitted he’s struggled to come to grips with the car, leading him to become ‘too clever’ with set-up.

Despite the early trials and tribulations, Hulkenberg believes Ricciardo’s experience and feedback has been a positive for Renault.

“Another thing in China, you saw he has arrived at Renault, feels more at home and can extract everything from the car.

“Obviously (he’s) also very experienced and he has some real good feedback so far. Good thing is we feel the same way about the car and what we look for from the car and from the team, so I think it’s been fairly positive and very productive – so a good strong addition.”

Renault sits fourth in the constructors’ championship, tied with Alfa Romeo on 12 points from the opening three races.

Hulkenberg banked seventh at the opening race in Australia, with Ricciardo was seventh in China, after both Renaults retired in the final laps of the Bahrain Grand Prix.

On balance it’s a disappointing start to the year for the Anglo-French team, which had scored more than double its current haul by the same stage last year.

“Obviously you have to have the hiccups and the DNFs, it’s not great,” Hulkenberg admitted.

“Especially in the early part of the season – it’s good to get points under your belt, just get them on your account.

“But on the good side, the pace has been there. At every track that we’ve been to either both or one car has been in good positions and managed to score decent points, so we feel we have a strong baseline.

“Obviously the midfield is still very very tight, and the top three still seem well ahead. It’s about maintaining that, keeping momentum, and making sure we make the car faster week by week.”

Opening practice for this weekend’s Azerbaijan Grand Prix begins tonight at 1900 AEST, with Practice 2 following at 2300.