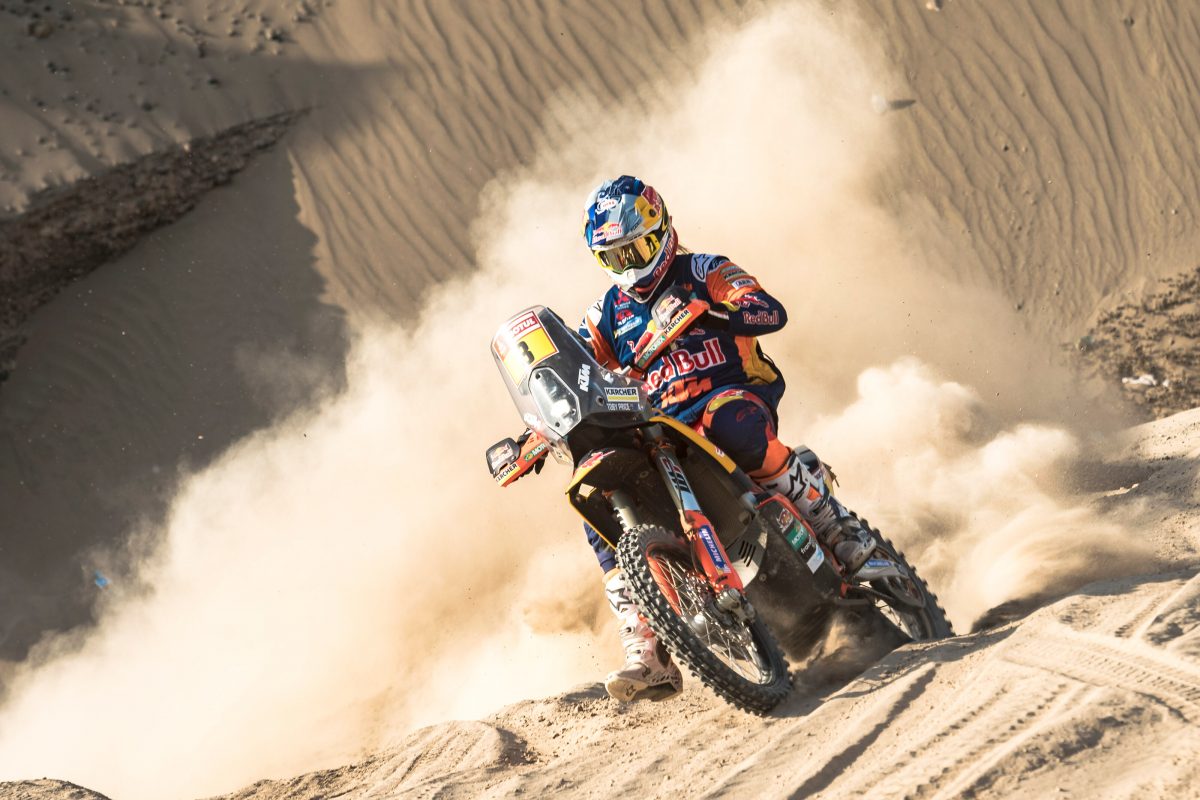 Toby Price during the 2019 Dakar Rally in Peru

Dakar organisers have announced a 9000km route for the event’s first running in Saudi Arabia next year.

The esteemed rally raid will move to the Middle East nation in 2020 after 11 years in South America, where the ASO held the event solely within Peru this year.

Next year’s route starts in Jeddah, on Saudi Arabia’s west coast, from which it will head north on January 5.

It will then turn east and eventually take in a rest day in the capital of Riyadh on January 11, before proceeding in an almost clockwise loop to the finish at Al Qiddiya, near Riyadh, on January 17.

While the 2019 route was criticised by some for the overwhelming prevalence of dunes, as opposed to the variety of terrains in preceding South American editions, organisers have described the 2020 Dakar as a “well-rounded route”.

Saudi Arabia will become the 30th nation to host the Dakar Rally, which began as a journey from Europe to the Senegalese capital of Dakar in 1979, but was cancelled in 2008 due to security concerns and moved to South America the following year.

“Africa, South America… and now Asia. The third chapter of its history is particularly fascinating and exciting for a race focused on exploration like the Dakar,” said Dakar Director, David Castera.

“Here, in the largest state in the region, we can let our imagination run riot with the infinite possibilities for a tough, balanced and varied course.

“The sporting challenge that we are putting together for the 42nd edition will tap the full potential of this vast country and its mosaic of deserts, mountains, canyons, valleys and coastal landscapes.”

His Royal Highness Prince Abdulaziz bin Turki AlFaisal Al Saud, Chairman of the Saudi Arabia General Sports Authority, said, “We are thrilled that Rally Dakar, an event with a huge global appeal, is coming to the Kingdom of Saudi Arabia and the Middle East for the first time.

“Together, Saudi Arabia and the Dakar Rally will write a new chapter and tell a new story, a story of how the greatest race on Earth and the most ambitious social mission on the planet – Vision 2030 – united to redefine the human adventure.”

Toby Price won the Bikes division of Dakar for the second time in 2019, while Nasser Al-Attiyah gave Toyota its first ever victory in Cars. 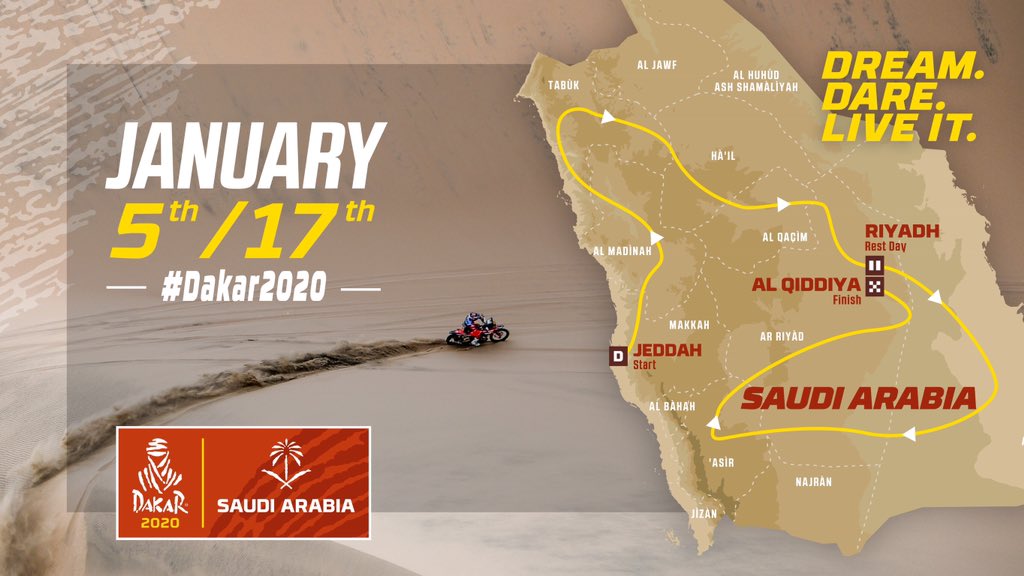