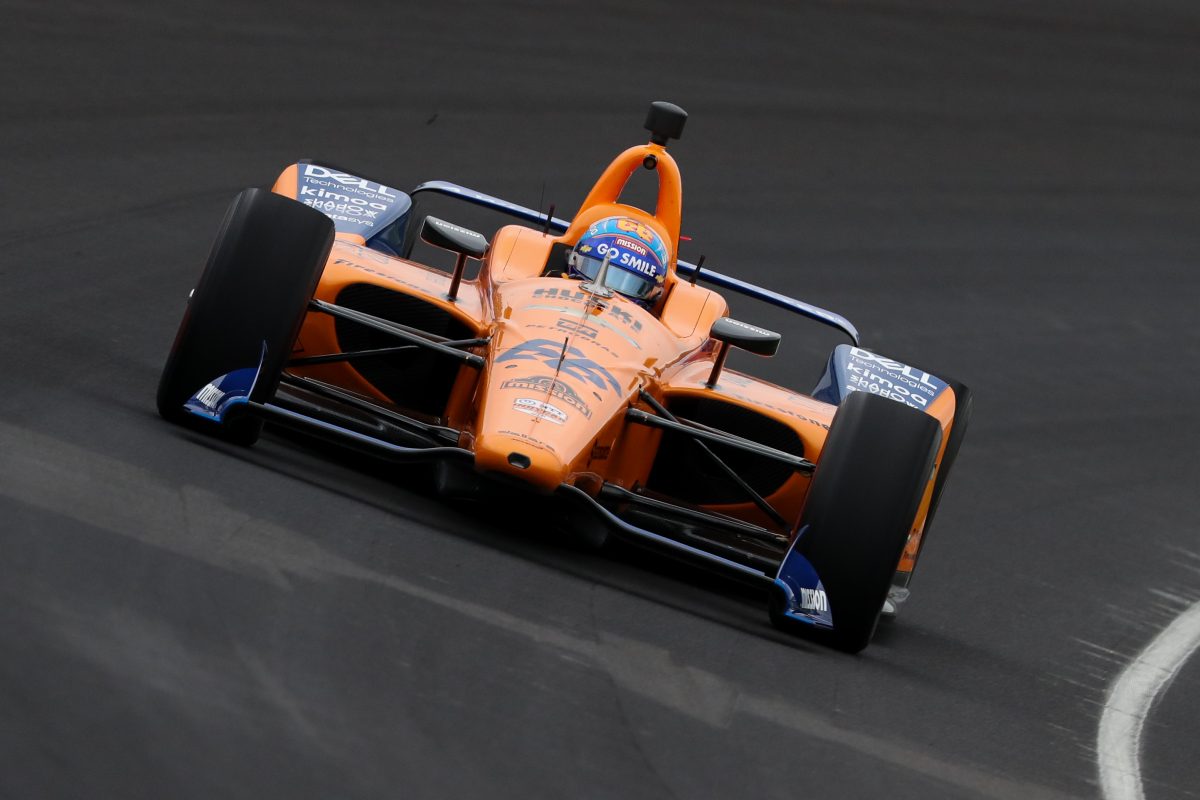 Takuma Sato has topped IndyCar’s pre-Indianapolis test while Fernando Alonso was hamstrung by an electrical problem on his return to The Brickyard.

Alonso, who made his first and so far only start in the 2017 Indianapolis 500, missed the first 45 minutes of the rookie/refresher session due to a technical issue which saw his #66 McLaren Chevrolet towed back to pit lane.

The Spaniard ended up last of the nine drivers in that hit-out, and one of four who failed to complete their refresher program on a weather-affected day.

Those drivers, including Helio Castroneves (#3 Team Penske Chevrolet), will have to do so on the first day of practice for the Indianapolis 500 on May 14.

Tony Kanaan (#14 AJ Foyt Racing Chevrolet) virtually sat out the day due to an oil leak.

Next on the calendar is the IndyCar Grand Prix on the Indianapolis roval from May 10-11. 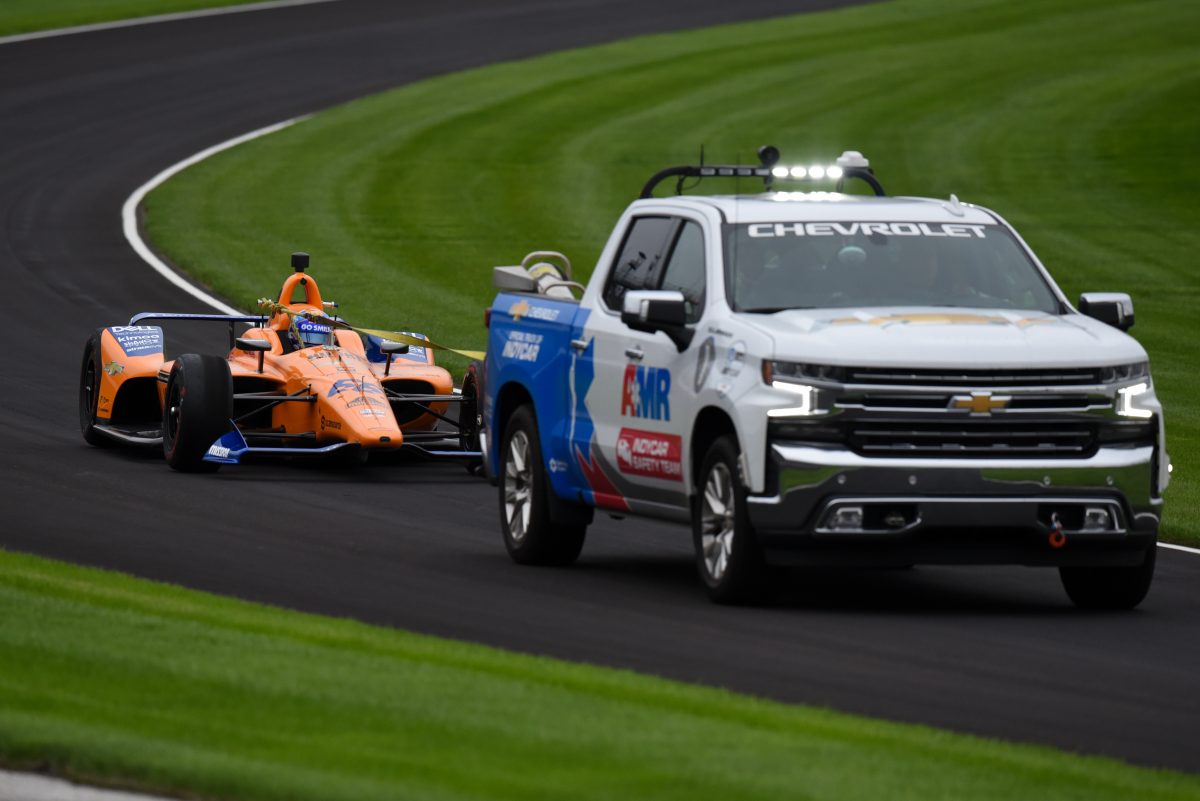 Alonso’s car is towed back to pit lane