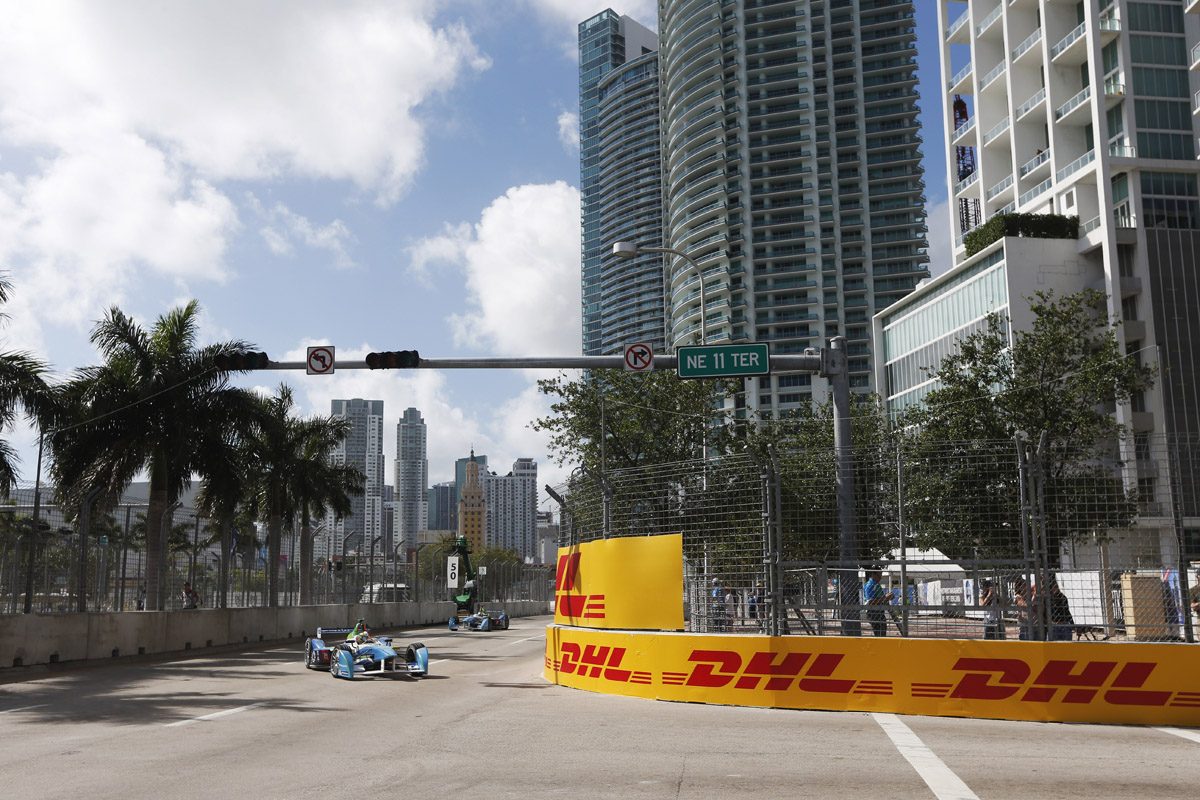 A new venue for a Miami Grand Prix has been suggested

One of the key figures behind the initiative to bring Formula 1 to Miami has suggested moving the proposed circuit away from the city’s central business district.

Plans to bring F1 to Miami emerged in 2017, shortly after Liberty Media purchased the commercial rights from Bernie Ecclestone, though the event has hit a number of stumbling blocks ever since.

Key among them was the location of the proposed circuit, which would have caused significant disruption to businesses and residents in the CBD.

With that plan scrapped, Miami Dolphins owner Stephen Ross has suggested a new location near the Hard Rock Stadium, a location approximately 15 kilometres north of the original location around the Bayside area of the city.

Ross owns the Hard Rock Stadium, a venue which has recently undergone $700 million (AUD $998 million) worth of renovations.

“With over 70 percent of fans expected to come from around the globe and week-long event activation throughout Miami, the economic impact of a Formula One race to Miami would be along the same lines of a Super Bowl,” Tom Garfinkel, vice chairman and CEO of the Miami Dolphins and the Hard Rock Stadium, told the Miami Herald.

“We want to do something great for Miami, but unfortunately when we finally received the detailed report of what it would take to build out a street circuit each year, the multiple weeks of traffic and construction disruption to the port, Bayfront Park and the residents and businesses on Biscayne Boulevard would have been significant; which Steve and I felt defeated the purpose.”

Liberty Media has made no secret of its desire to add more races to the F1 calendar, with a second event in the United States high on its priority list.

China too is being looked at for a possible second event, with commercial boss Sean Bratches revealing he would visit six potential host cities in the days following the Chinese Grand Prix in Shanghai.

This year’s season takes in 21 events, though that could expand to 22 events next year with the addition of Vietnam.

However, a number of events continue to face uncertain futures with Britain, Germany, Spain, and Mexico all without a contract beyond this year.

Malaysia’s premier is also keen on F1 returning to Sepang, though there has been no contact between the sport or the venue about any prospective event.

In Miami, no timeline has been set out beyond the city commission’s most recent resolution that discussions on approving a race would be delayed until May 23.

F1 has offered Miami a 10-year contract, with suggests that, if approved by the city, it could be added to the calendar for 2020, though a 2021 date is more likely.