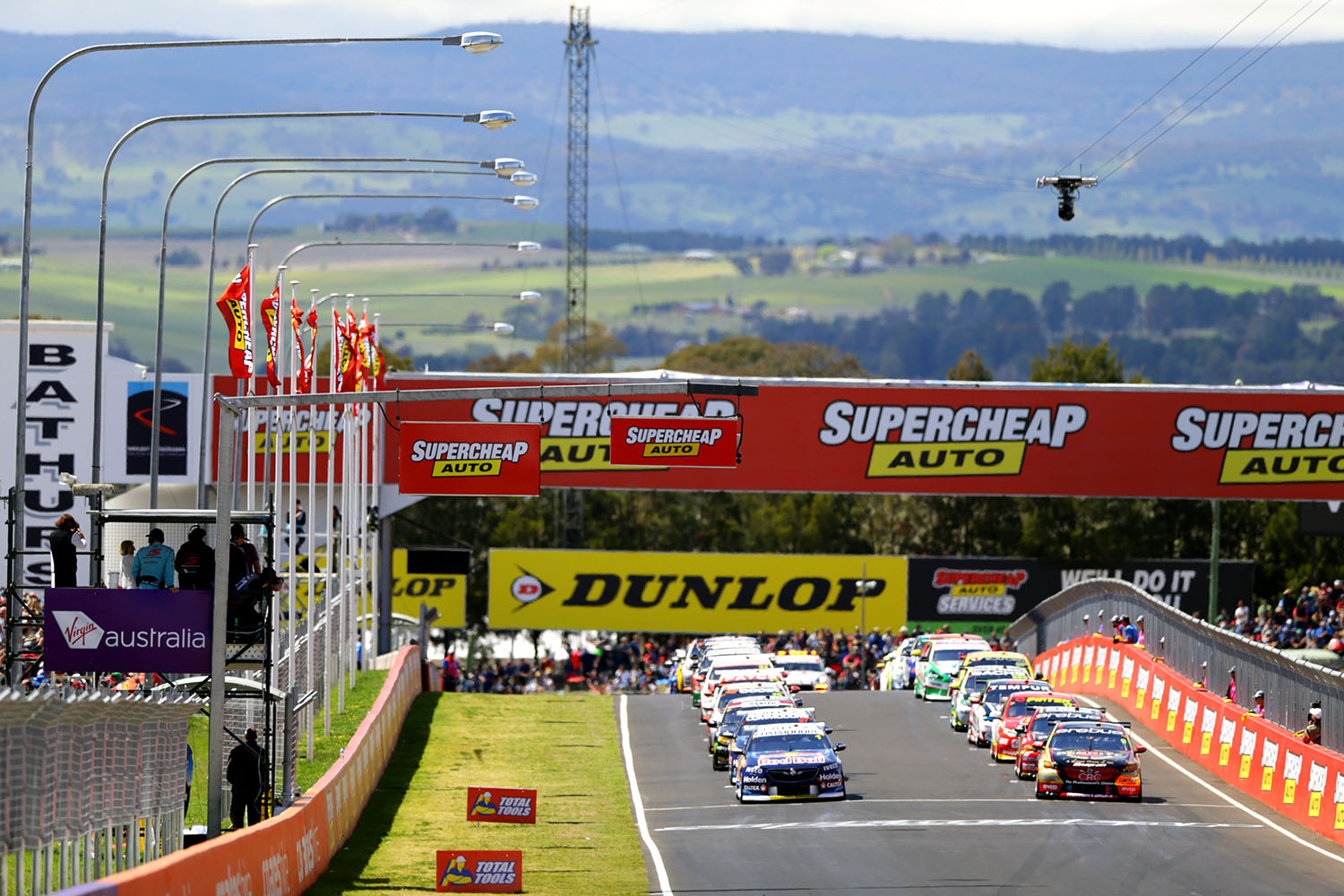 Bathurst council warns a fifth event is not assured

Bathurst Regional Council says there are no guarantees that one of the applications made under the current tender for a fifth event will be accepted.

Overwhelming interest in running a fifth event at Bathurst saw the council open a tender process, with the deadline for applications 1600 AEST today.

Expressions of interest were received from promoters both locally and internationally, though the tender process means it will only be clear who has submitted a proposal this afternoon.

“Then, like any tender, all or none may be looked at; you know, maybe, ‘we don’t like that; that looks too much like this; we can’t do that; that’s too big; that’s too small’.”

Applications are made to a sealed tender box, which will only be opened by Bathurst Regional Council this afternoon, at which point the Council is obliged to publish a list of the applicants.

Though it’s currently unknown who has submitted a tender, it’s understood an expression of interest was received from an international promoter.

It’s suggested that promoter was interested in running a 24 hour race at Mount Panorama in a class-based competition.

Supercars has also expressed its interest, though it’s unclear whether it has submitted an application under the tender process.

A spokesman for the Australian Racing Group, which operates TCR Australia and S5000, stated that it was “open to any new or current events on the Australian motorsport calendar that would add value to its current category offerings.”

Other events tipped to have made submissions include a historic event, and two events looking to use AASA sanctioning.

The Mount Panorama Act currently dictates that all events that require a full track closure require CAMS sanctioning, which would necessitate a change to the legislation before any event could take place.

The availability of a fifth event at Mount Panorama is not new, with the Mount Panorama Motor Racing Act amended in 2007 permitting five full track closures in a year.

It means that, even should the current tender not turn up a worthy event on this instance, the opportunity to host the event does not disappear.

James O’Brien, who heads up Yeehah Events which runs the Bathurst 6 Hour and Challenge Bathurst, has confirmed that he’s not submitted an application, and will be an interested observer in the tender process.

“(I’ve been) Working with Council for 20 years, so I talk to them obviously regularly and it was only what, 15 years ago we only had one event here.

“Since the creation of the 12 Hour and then the 6 Hour and Challenge Bathurst, obviously I keep tabs of it and I communicate with Council as the other stakeholders do so I’m an interested party. I’m a stakeholder in that regard.”

O’Brien suggests finding a workable date for a future event will be far from straightforward, with the Mount Panorama almost unusable for motorsport during winter, and the other events already occupying the best weekends.

“I’d say there’s only two or three windows of opportunity and we’re talking about a week to two week of those windows so again it’ll be interesting,” O’Brien said.

“I mean you need to break down the calendar, this event obviously is Easter and Easter fluctuates over a four week period so that causes problems as well in terms of finding a date.

“Given where the 12 Hour is a late Feb date could be possible for an event.

“Early September is another opportunity, and really then you’re sort of struggling then.

“I wouldn’t be running an event mid-December with the Christmas period coming, I think that would be too difficult.”

Following the closure of tender submissions this afternoon, Bathurst Regional Council will work through the applications it’s received.

Should an applicant be deemed worthy, it will be shortlisted and invited to submit a formal tender.

“We’ll head down the path of, depending on what we receive, potentially on a path of selective tender process and what we’ll do is we’ll probably shortlist,” Aaron Jones, director of corporate affairs and finance for Bathurst Regional Council, told Speedcafe.com.

“Assuming we’ve got suitable applications, we’ll probably shortlist those and then invite the interested parties to submit a formal tender which will be a detailed proposal which will also include a presentation to the council.

“It largely depends on who submits the proposal,” Jones added when asked how quickly we could see the fifth event at Mount Panorama.

“If they’re already running an event here we will have an aura of confidence that they know how to deliver an event on Mount Panorama.

“If it’s somebody new to Mount Panorama I think it would be quite wishful thinking if it was delivered in 12 months because they need to familiarise themselves with site and the nuances that Mount Panorama needs.”

The four events currently held in Bathurst cover much of the motorsport landscape, with racing for touring cars, production cars, and GT cars, along with a sprint and regularity event, which all cater for ‘modern’ machinery.

Previous Story POLL: What event would you like to see at Mount Panorama?