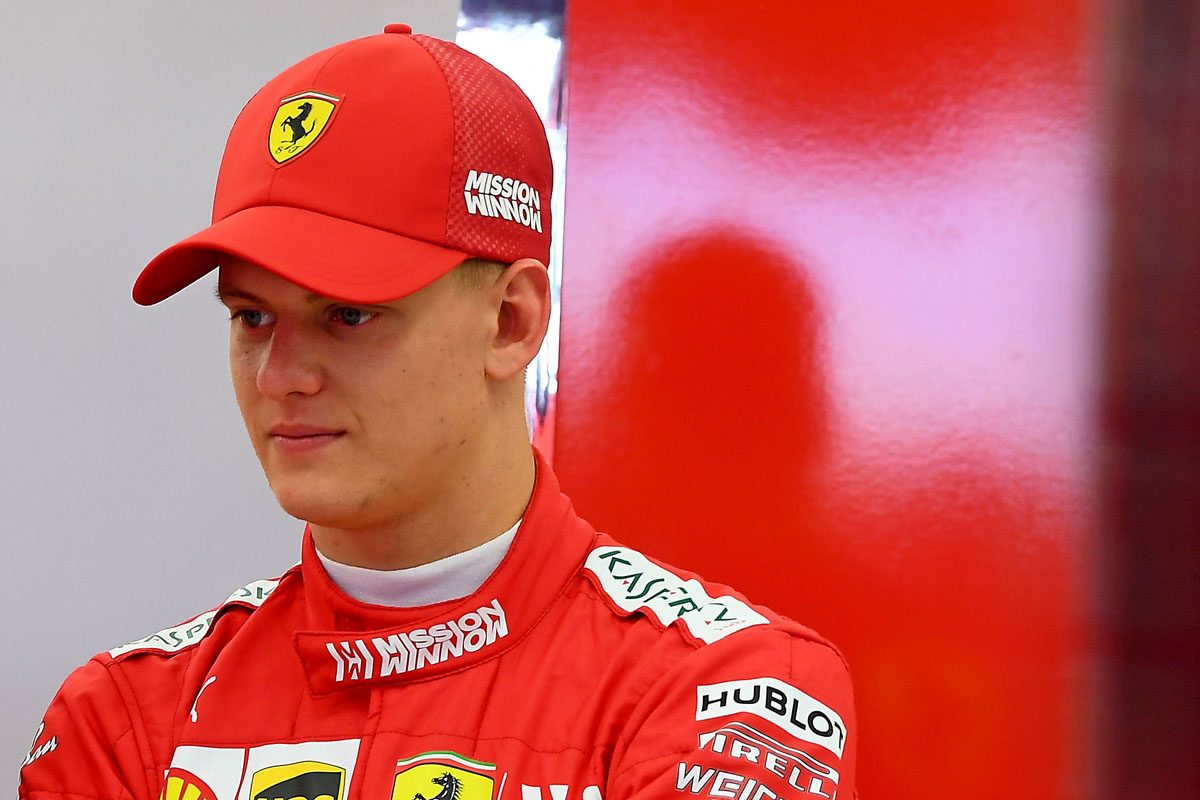 Binotto worked closely with Michael throughout his career with Ferrari, and in January was promoted to team principal of the Scuderia.

Ferrari ran Mick Schumacher, who is a member of the Ferrari Driver Academy, during testing in Bahrain in what was his first experience of a contemporary F1 car.

It provided Binotto the opportunity to watch the younger Schumacher from close quarters, leading him to draw comparisons with his father.

“The very first time I saw him after many years in Maranello, when he came back, if you looked at him, I don’t think he’s looking very similar to Michael, but the way he’s behaving is very similar, and the way he approaches the exercise and the way he’s interested in the car, discussing it with the technicians,” Binotto explained.

“So even in Maranello, you are looking after him, but he’s always in the workshop looking at the car, speaking with the mechanics, and I think that’s very similar to his father.”

In Bahrain, Schumacher had two days of running, the first with Ferrari before working with Alfa Romeo on the second day.

The 20-year-old finished second fastest on the opening day behind Max Verstappen, though Binotto warns it’s too early to judge where Schumacher is at.

“It was his very first day on an F1 car; more important for him still in the learning phase, day-by-day, is facing a completely new challenge in his F2 season.

“I think what was certainly positive was the way he approached the exercise, the approach to the day of testing, never pushing to the limit, trying to improve run-by-run, learning the car, learning the team.

“I think in that respect he did a very good job: very well focussed, concentrated and tried to do the proper job and learn. I think that’s the most you may expect on such a day.”

Schumacher last year won the Formula 3 European Championship and has since graduated to Formula 2 for the 2019 season.

The opening round of the Formula 2 season takes place at Catalunya alongside the Spanish Grand Prix on May 10-12.