Home » News » Supercars » Percat: We want to spray champagne, not make up the numbers

Percat: We want to spray champagne, not make up the numbers 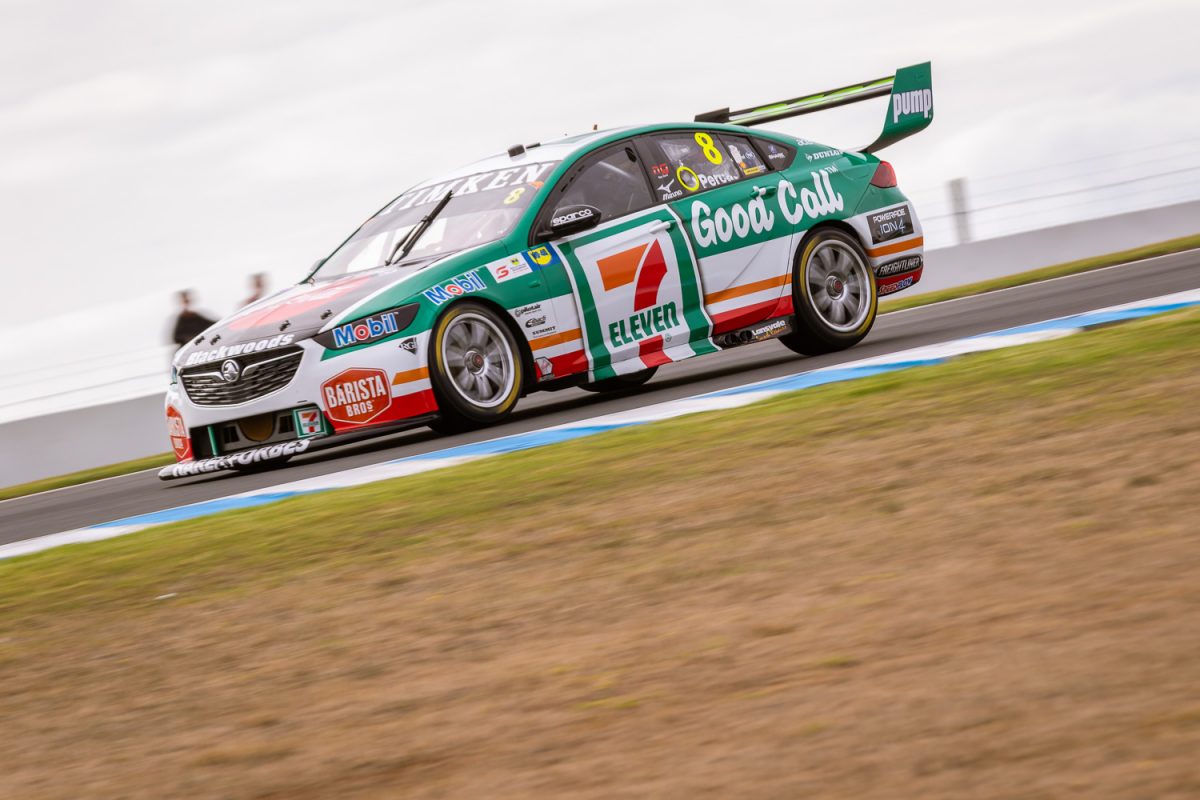 Nick Percat is eager for Brad Jones Racing to be regular podium contenders after admitting to being a bit frustrated at being the best of the rest.

The Albury squad has enjoyed a strong start to the 2019 campaign lying third in the teams’ championship only behind powerhouse operations Shell V-Power Racing and the Red Bull Holden Racing Team.

Percat has scored eight top 10 finishes from the 10 races with a best result of fifth at Adelaide, while team-mate Tim Slade has seven top 10s including a third at the Albert Park.

Lying seventh in the standings, Percat has been impressed by the way the team has started the season and is confident it has the pace to be fighting for podiums.

While enjoying a strong campaign, the South Australian, now in his sixth season in the main game, has a desire to be spraying more champagne, admitting his fast start to the year has been a little frustrating.

“I’m not actually that happy to be honest,” Percat told Speedcafe.com

“It’s funny. We all want to win and are programmed to win, so we are getting frustrated just coming sixth to 10th as a team.

“It’s good, but it’s not what I do it for so I would be lying if I said I enjoyed being in that position, but at the moment that’s where we’re at.

“I don’t think we are going any better than last year at all.

“I think we are a little more consistent, but at outright pace we are still very similar to what we were.

“We are still working very hard to try and get more speed out of cars, but obviously we will take two cars being in the 10 more often than not, but I think at our own pace we are still chasing it.”

“I think we’ve made a little bit of a gain in the last year. We are going better as a group, but I’m sure if you asked Sladey the same thing, our engineer and our whole crew, we want be spraying champagne, not just make up numbers.

“We are happy we are going that consistently, but still need more pace, that’s the goal.”

Percat believes the race pace is in the cars to challenge for podiums but feels the team must now focus on performing better in qualifying.

“I definitely think we have the race pace to be there (on the podium),” he added.

“It’s the qualifying side of things we need to improve.

“The way our cars are, we are probably more often than not chasing front grip; we are normally pretty good with rear tyre life, we probably chased a little bit of pure front grip and turn and that’s just what we are looking for.

“As a group we are trying a lot of different things across the cars to try and target that area.”

Percat is also working to improve his own driving by heading over to Barbagallo Wanneroo Raceway in Perth last week to undergo a tune-up of his skills in a Radical sportscar.

It also offered up an opportunity to test  the new track surface ahead of the Pirtek Perth SuperNight which is hoped to suit the BJR cars.

“For me and my engineer, we are targeting this round as one that will hopefully be quite a successful one as it is the same at Tailem Bend and Bathurst and all those high grip surfaces that really suit our car, so hopefully it transpires into something,” he said.

“Obviously it’s so tight in that category at the moment, and hopefully our cars do suit that high grip surface so that is why I went over there.

The Pirtek Perth SuperNight will take place from May 2-4.