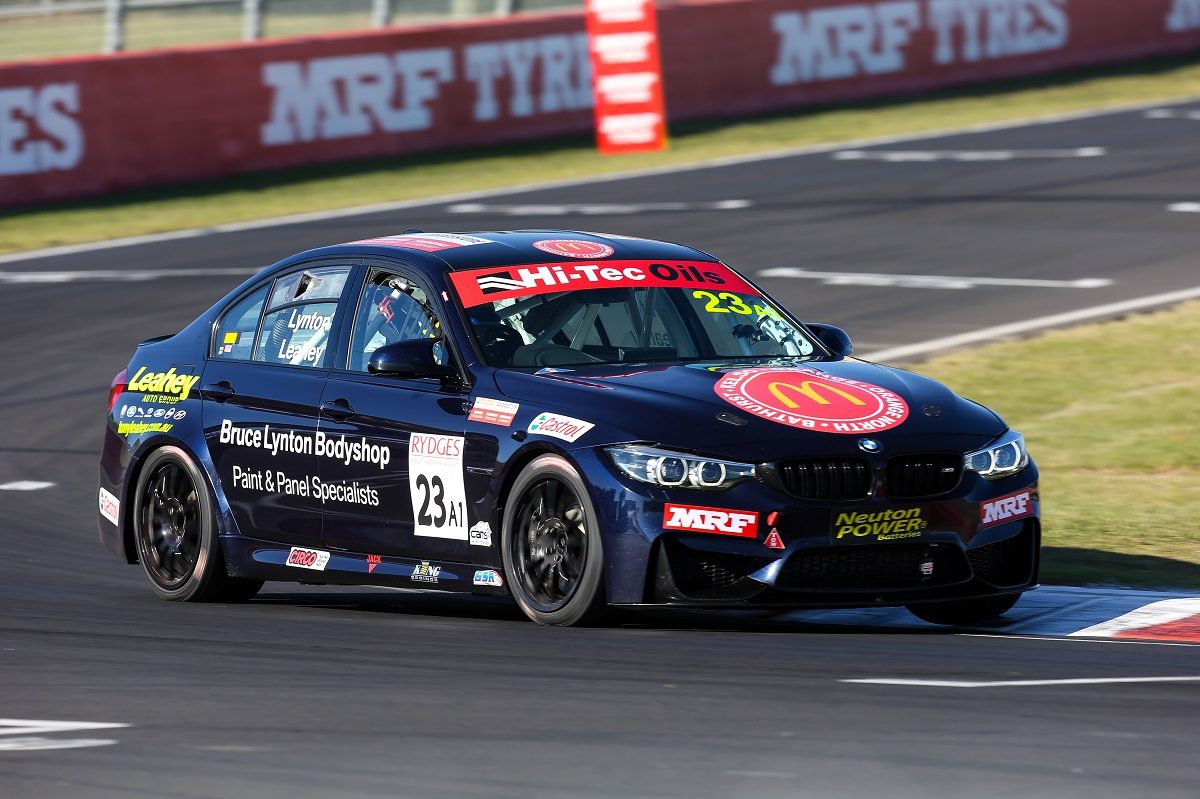 The BMW duo recorded the fastest time of the weekend thus far to secure top spot, their 2:24.8000s more than three seconds faster than the rest of the field.

“It was a tricky session just with the tyres – I hadn’t run on a new tyre so wasn’t sure what level to run,” Leahey said.

“So I just had a red hot crack on the green tyre, and that was all we had.

“Pole is great to pump up all the boys, but tomorrow is all business. Tomorrow is the day. All our work has been geared towards the race set-up so let’s hope that works for us.”

Jordan Cox will line up alongside the BMW M3 on the front row, steering the Mitsubishi Lancer Evo X RS he shares with Graeme Cox and Daniel Smith to a 2:27.8480

Last year’s winners Grant and Iain Sherrin were third best in their BMW M4 just over a tenth further back after struggling in the early minutes of the session with a loose exhaust.

Qualifying was split in half, with the slowest 22 cars out first to set the back half of the grid before the top half of the field set the grid for the top 23 places.

By the end of the two sessions the top 11 cars were all A1 Class runners with the exception of fifth placed BMW 135i of David and Graeme Russell who proved the fastest Class B entry.

Nathan Callaghan set the A2 Class pace in the Cachet Homes Holden VF HSV, while Jake Williams was the leading Class C entry in 29th overall.

The Bathurst 6 Hour begins at 1130 AEST on Sunday morning.

Previous Story Ingall believes TCR not a competitor to Supercars