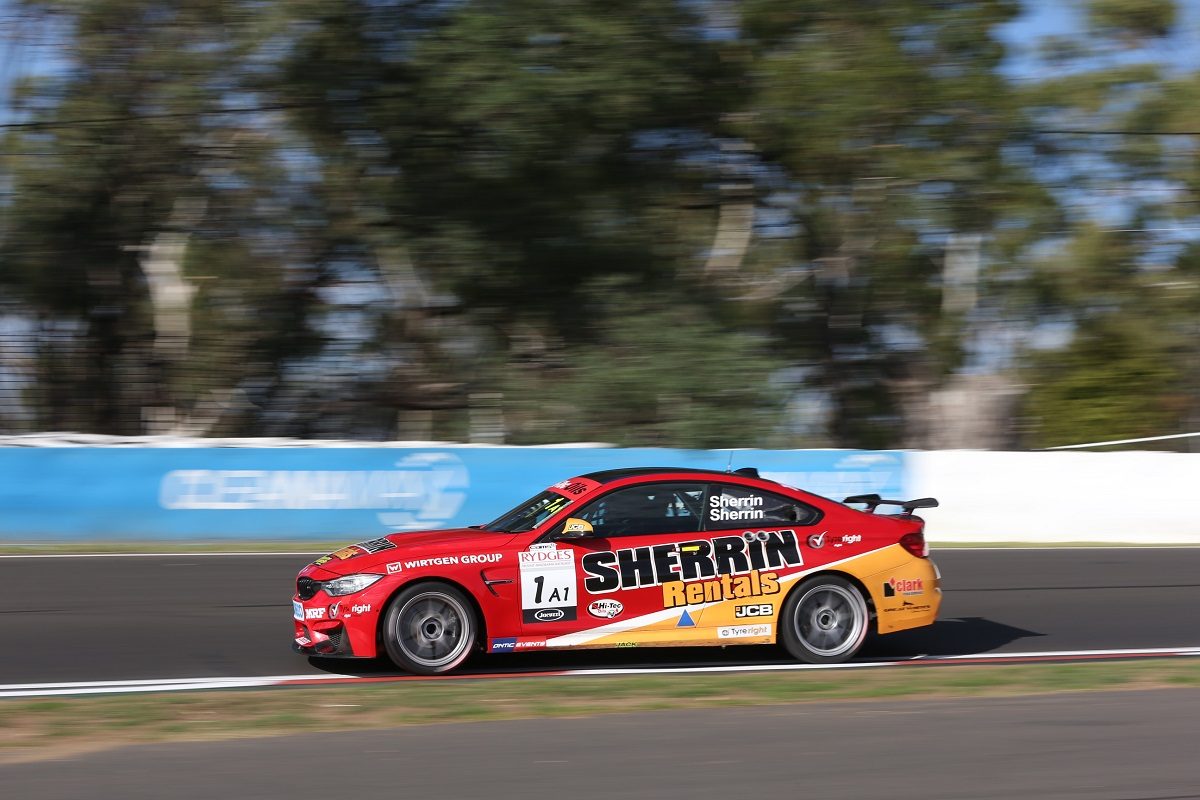 The BMW pairing of Grant and Iain Sherrin set the fastest time on the opening day of practice for the Hi-Tec Oils Bathurst 6 Hour.

The duo steered their BMW M4 to a 2:27.7160s lap in the opening 70 minute practice session of the day, a time which stood almost a second clear of the pack.

That proved 1.3 seconds faster than the Sherrins could muster, the duo second for the session.

Third went to the B Class entry of father and son duo David and Geoff Russell, who muscled their BMW 135i around the Mountain in 2:30.5780s.

Though the Sherrins topped the day it was not without drama for the 2018 race winners as they suffered a transmission failure while powering down Conrod Straight.

Cleanup of the resulting and not insignificant oil trail saw the session declared with 20 minutes remaining on the clock.

Aside from the interruption as a result of the Sherrins’ failure there were two other red flags during the course of the day.

The first came shortly after the opening session began, with the N-Gen Racing Hyundai i30N of Charlie and Alfonso Senese nosing into the wall on their first flying lap.

Later in the session, the Dimitri Agathos, Matt Boylan and Graeme Heath entry took a trip through the gravel at the Chase and stopped with right-front damage on their Subaru Impreza WRX STi.

Saturday morning will see a further practice session at 0820 AEST before qualifying is contested over two parts from 1435, with the field split into halves with the slowest 50% running first and the quickest next in a pair of 30-minute sessions.