A Production Sports competitor has escaped a major fire during practice for its round at this weekend’s Hi-Tec Oils Bathurst 6 Hour.

Graham Lusty’s Mosler caught ablaze around what appears to be the area of its seven-litre engine while he was at the top of the mountain.

Lusty is ok having not incurred serious injury in the incident, which occurred early in the 40-minute session.

“Once the car was stopped, the driver emerged from the car under his own power and was taken to the circuit medical centre for precautionary checks. The session was restarted once the car was removed to Parc Ferme,” said an event spokesman.

Lusty’s MT900 had been one of 50 cars entered in Production Sports at Mount Panorama, which supports the fourth running of the Bathurst 6 Hour.

Practice and qualifying for the support categories continues today, while there are two practice sessions for the 6 Hour field before Practice 3 and qualifying tomorrow. 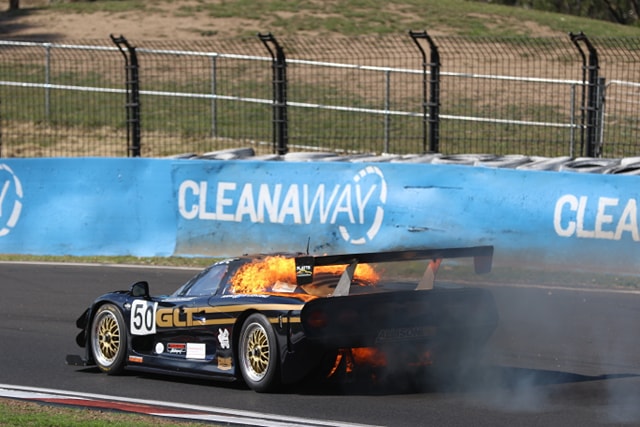 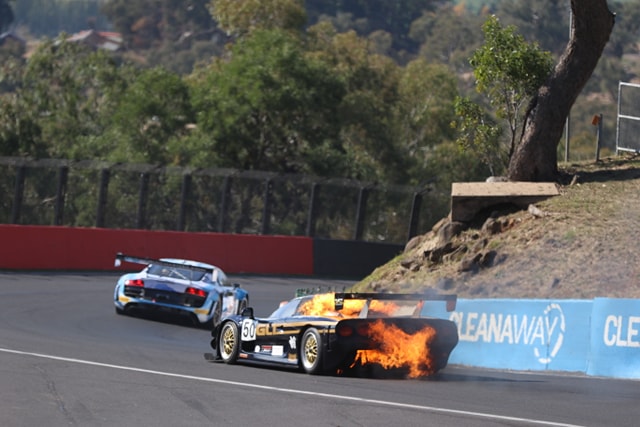