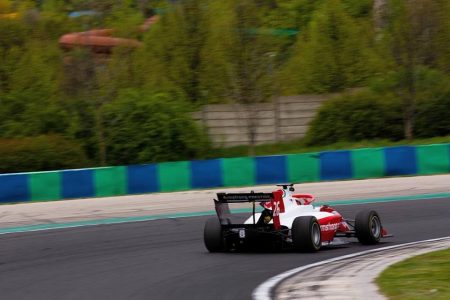 Marcus Armstrong has gone fourth fastest on the final day of pre-season testing for the FIA Formula 3 Championship at the Hungaroring.

The New Zealander, who set the pace on the first day of the test, clocked a 1:31.122s during the morning session, the faster of the two, at the Budapest circuit.

The time left him 0.376s back from Prema Racing team-mate Robert Shwartzman, who clocked the fastest lap (1:30.746s).

Christian Lundgaard of ART Grand Prix was second on the timesheets, before another Prema driver in Jehan Daruvala.

Armstrong’s compatriot Liam Lawson (MP Motorsport) was ninth in the morning session and on combined times with a 1:31.273s.

Tasmanian Alex Peroni had what he described on social media as “Not the smoothest of tests” after his Campos Racing car stopped at Turn 10 and caused a red flag halfway through the morning session.

Teams and drivers will now prepare for Round 1 in Barcelona on May 10-12, supporting the Spanish Grand Prix.