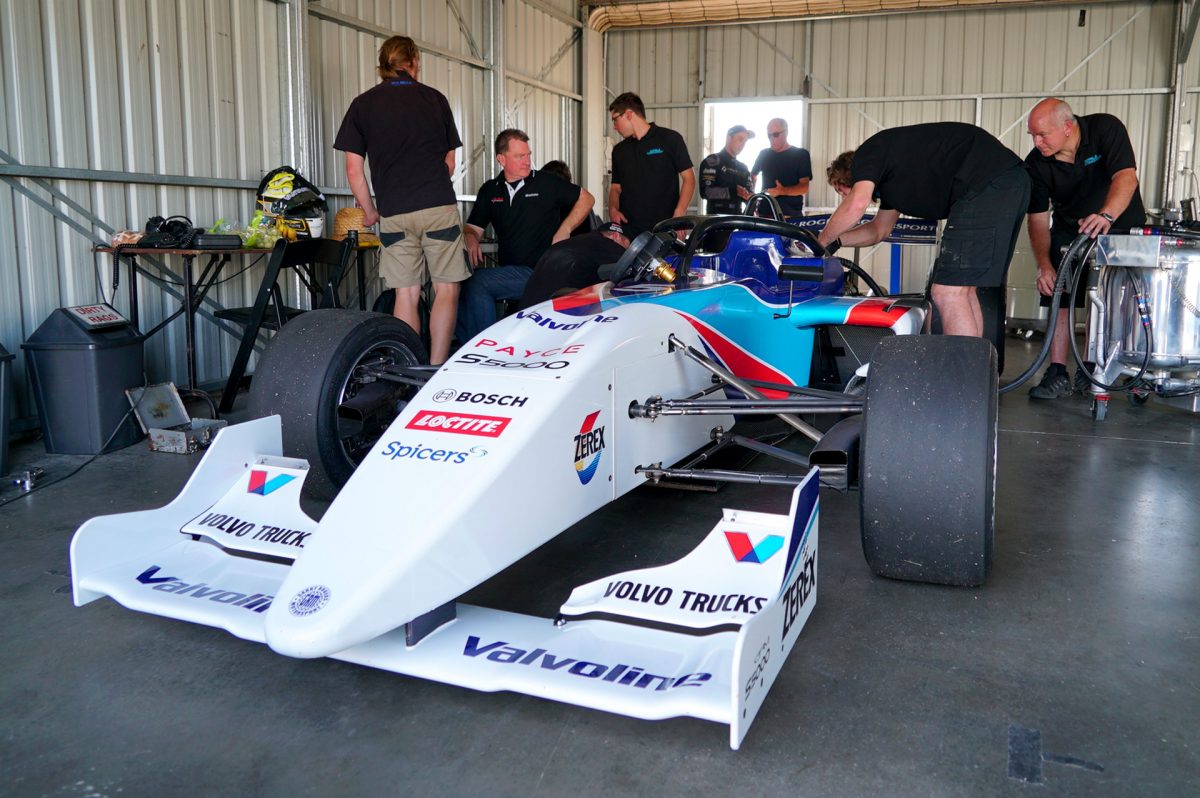 Garry Rogers Motorsport is running its first full in-house test day with the prototype S5000 car at Winton today, following the ‘hand-over’ day back in December.

The purpose of the test is to verify a number of changes to the car’s componentry that have been developed locally, including suspension, cooling and wheels.

By lunchtime, the car had completed a significant number of laps without issue.

“It’s been a very productive morning, and given the heat of the day here at Winton, it’s a true test for the car and the changes that we have made,” said Garry Rogers.

The prototype S5000 car remains in the distinctive Valvoline colour scheme that the GRM team used as part of the team’s 30 year celebration with the oil giant.

The all-Australian open wheel class has delayed its launch and will kick off at Sandown International Raceway in September instead of the May 17-19 meeting at Sydney Motorsport Park.

Next Story Green light for S5000 production after Winton test