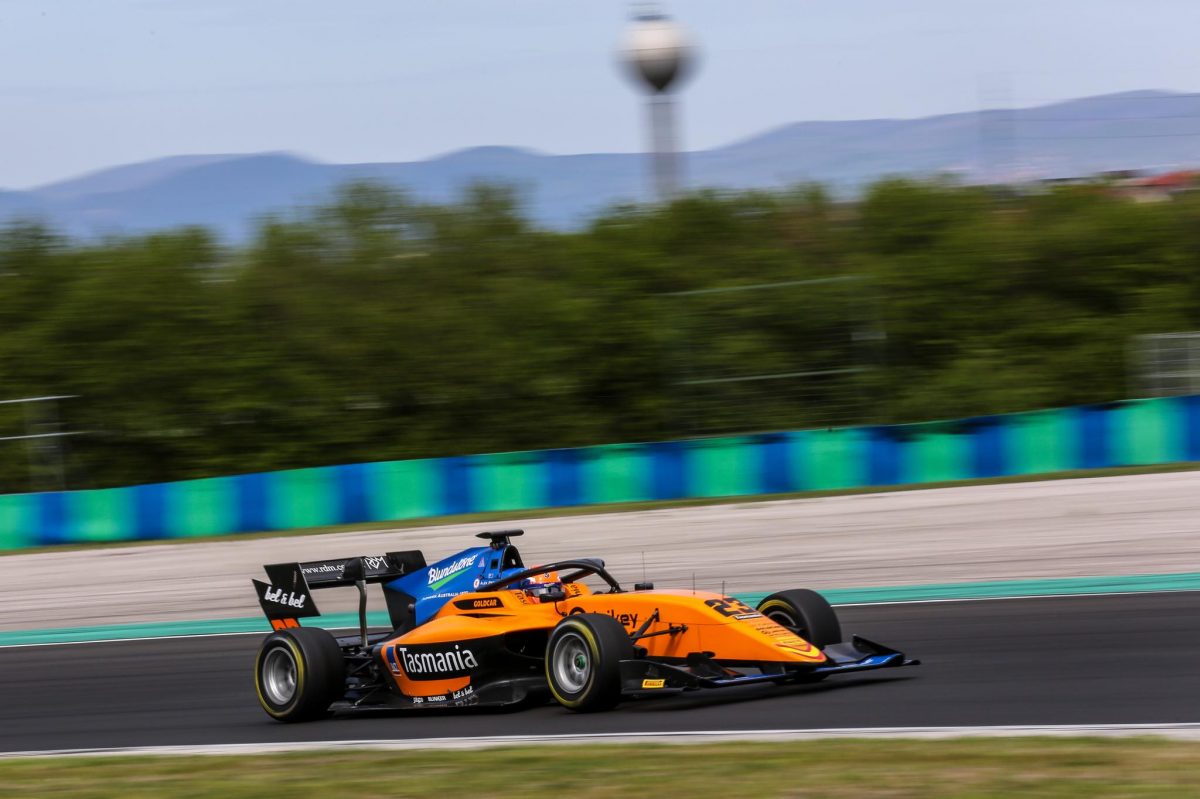 New Zealander Marcus Armstrong has topped the opening day of Formula 3 testing at the Hungaroring following a late lap in deteriorating conditions.

The Ferrari Academy driver clocked a 1:31.411 as spits of rain began to fall late in the day, bumping Leonardo Pulcini from top spot by just over a tenth of a second.

Australian Alex Peroni was a second off the outright pace, unable to improve on his morning’s efforts that had seen him within touching distance of Armstrong.

Peroni signed for Campos Racing for the coming season, having taken part in an evaluation test at Abu Dhabi towards the end of 2018.

The Tasmanian joins the competition having raced in the Formula Renault Eurocup for the past two seasons.

His best of 1:32.491 left him in 23rd overall, though rueing a mistake on social media which he says cost him valuable track time.

“My mistake this morning cost us a lot of track time today. Still have tomorrow to learn as much as we can,” Peroni wrote on Facebook.

New Zealander Liam Lawson, a Red Bull junior driver, ended the day seventh in his MP Motorsport entry, having begun proceedings with the 20th fastest time in the morning.

Testing at the Hungaroring continues on Thursday (local time) with the season proper set to begin alongside Formula 1 at the Spanish Grand Prix (May 10-12).