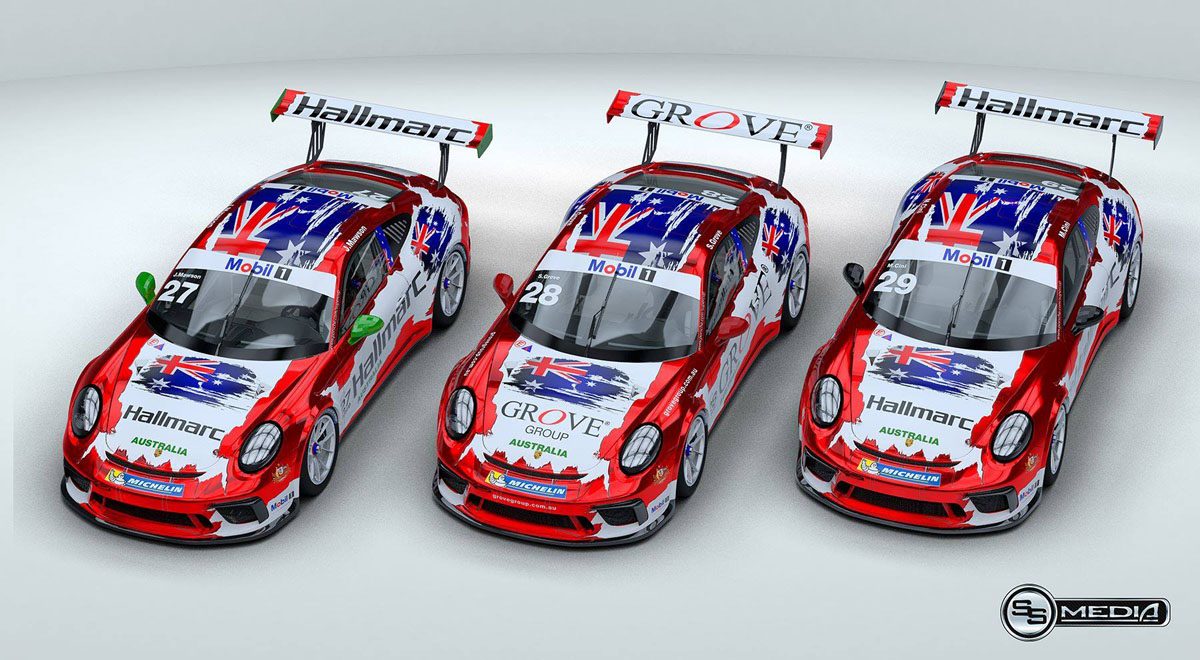 The livery Team Australia will carry in this year’s Porsche Supercup has been unveiled ahead of the category’s official test in Barcelona.

Joey Mawson, Stephen Grove, and Marc Cini are set to join the top level of Carrera Cup competition in Europe this year in a three car team operated by Herberth Motorsport.

It’s the same squad which fielded Grove, together with son Brenton Grove, in the FIA GT Nations Cup in Bahrain late last year.

The red and white livery is much like that carried by Grove in the Porsche Payce Carrera Cup Australia series.

Mawson’s appearance in the class marks a departure from single seater competition, which saw him win the 2016 ADAC Formula 4 Championship and stand on the podium at Le Castellet in GP3 last year.

The 23-year-old made his Carrera Cup debut in the Australian series, in a one-off appearance at Albert Park last month.

The opening Supercup round of the year will be held at Barcelona alongside Formula 1’s first European event of the season on May 10-12.