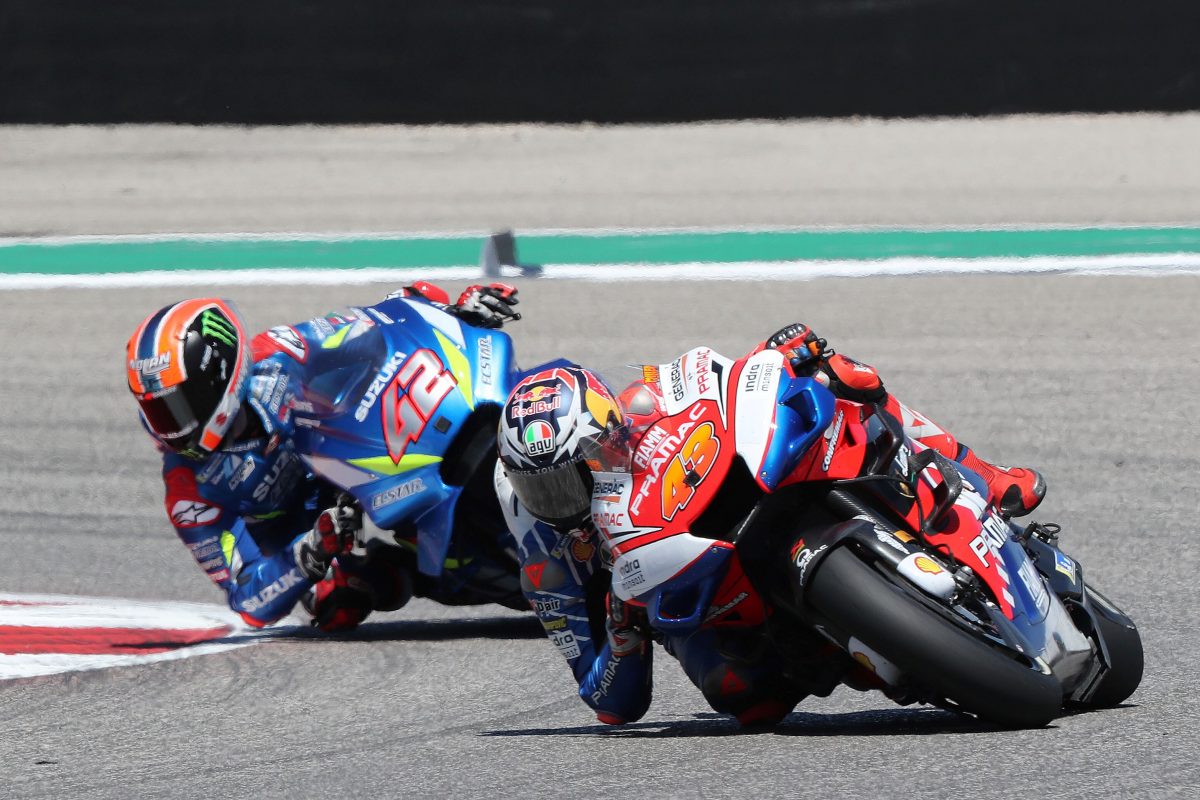 Jack Miller admits that he needs to maintain his strong form, including a podium in the United States, if he is to land a factory Ducati ride in 2020.

Miller is one of three riders in the frame for the second bike at Mission Winnow Ducati, the others being off-contract incumbent, Danilo Petrucci, and his rookie Pramac Racing team-mate, Francesco Bagnaia.

The Queenslander finished on the podium for just the second time in MotoGP at the Circuit of the Americas, having won in wet weather at Assen in 2016.

It is the obvious highlight in a strong start to the season, which has seen Miller qualify fourth, fifth, and fourth, in the events to date at Losail, Termas de Rio Hondo, and COTA.

He trails Petrucci, with whom he shared a garage at Pramac last year, by one championship point having finished fourth in Argentina, and also ran second early in the Qatar season-opener when his seat broke.

Miller was also the lead Ducati rider in qualifying and the COTA race, while Andrea Dovizioso finished fourth from 13th on the grid on his factory Ducati.

However, Miller must avoid a slump similar to last year, when he started the season with five straight top 10s but picked up just one more in the following seven races, to maximise his prospects of the factory ride.

“For sure, my main goal is to secure a factory seat, I’d love it to be a Ducati,” Miller told BT Sport.

“I feel we’re doing a good job this year, so far at outqualified him (Petrucci) every time and both races (since Qatar) I finished ahead of him.

“It’s been a good year so far but we will wait and see, normally the last couple of years I always started the year strong and let’s say around Mugello the wheels kind of fell off the wagon.

“Hopefully this year I’ll be able to keep them on and keep the ball rolling.”

Miller rode a year-old GP17 Desmosedici last year, but was effectively promoted to Pramac team leader and handed a current-spec bike when Petrucci got the nod at the factory team.

He said, however, that the extra effort he is putting into his racing is not just due to having newer machinery at his disposal.

“It’s been a step-by-step (process), it’s not an overnight thing,” explained Miller on BT Sport.

“Starting last year, I knew it was a make-or-break year. I really knuckled down even harder than I had before that. Same again (this year), I saw how well it worked last year, so I dug even deeper inside myself.

Bagnaia, the 2018 Moto2 champion, is 14th in the championship on a GP18 after achieving his first premier class top 10 (ninth) in the United States.

MotoGP continues in Jerez on May 3-5.