Rins wins, Miller on podium after Marquez crashes out of lead

Rins wins, Miller on podium after Marquez crashes out of lead 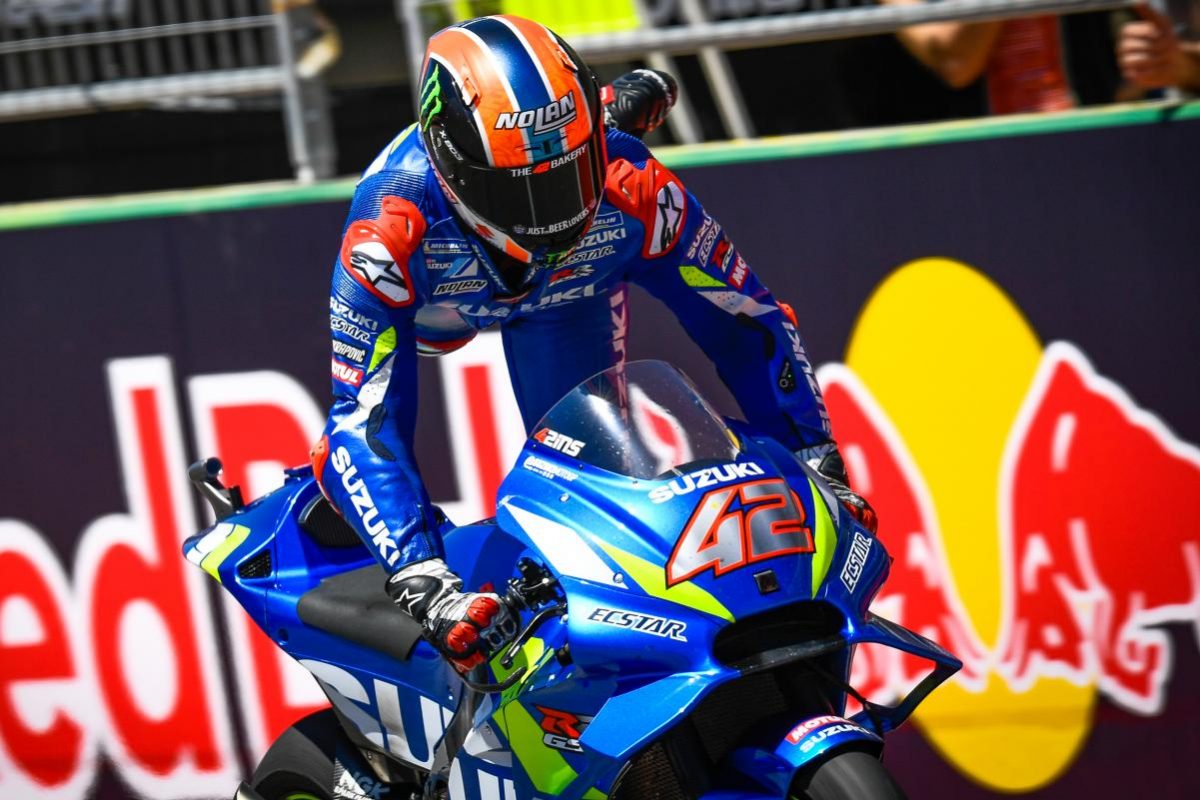 Suzuki’s Alex Rins is now a MotoGP race winner while Jack Miller made the podium after Marc Marquez crashed out of a comfortable lead at the Circuit of the Americas.

Movistar Yamaha’s Valentino Rossi finished runner-up for a second race in a row, having inherited the race lead from Marquez, while Jorge Lorenzo’s mechanical failure made two retirements for Repsol Honda.

Marquez had looked unbeatable for a seventh year in a row in Texas and was 3.6s up when the front end of his Repsol Honda gave way at Turn 12 on Lap 9.

The reigning world champion tried to restart the RC213V with a push from marshal but only fell off again in attempting to do so and would record a DNF.

All of that meant that Mission Winnow Ducati’s Andrea Dovizioso reclaimed the championship lead with a finish of fourth position from all the way back in 13th on the grid.

Cal Crutchlow and Rossi both made strong starts from the front row but Marquez braked latest into the first corner and retained the first position which he earned in qualifying.

Each of Crutchlow, Miller, and Rins, had moments pressuring the man in front of them in the opening stages, while Marquez reeled out a succession of fastest laps and was already 2.4s up on the field after Lap 5.

Dovizioso passed Viñales on Lap 1 and the Movistar Yamaha rider’s bad opening got even worse when he was issued a ride-through for a jumpstart, only to twice take the long lap by mistake before finally filing through pit lane from 11th position on Lap 6.

Crutchlow crashed his Castrol LCR Honda while still running third at Turn 11 on Lap 6, having had a look at Rossi at Turn 12 on the preceding lap.

That mistake put Miller in a podium position but he ran a little long at Turn 11 on Lap 9 and let the #42 Suzuki Ecstar entry of Rins through.

The Australian was back in the top three when Marquez went down, by which times Rins was gaining ground on Rossi, but starting to struggle on soft compound tyres front and rear.

Dovizioso re-passed Franco Morbidelli for fourth on Lap 12 after the Petronas SRT Yamaha rider had overtaken #04 on Lap 5, and from there the minor placings looked locked in.

Rins, however, was tailing Rossi before he moved past at the downhill section on Lap 17 of 20.

The Spaniard ran wide almost immediately at Turn 11 but held the place, and again when Rossi threw his Yamaha down the inside a corner later but couldn’t make the move stick.

Rins looked to have done enough as he took a 0.665s lead across the stripe to start the final lap but Rossi gained ground through the third sector and set up a tense finish.

The Italian was not close, enough, however, to go for a pass and 0.462s separated them at the chequered flag, with Miller almost eight seconds further back.

Victory for Suzuki was its first since the British MotoGP of 2016 and a first for Rins in the premier class.

“Thanks to Suzuki, Suzuki Japan, they did a really good job doing a good bike in all these years, and I do my maximum, I’m so happy, my feeling is incredible.

“For me, I beat Valentino, this is unbelievable for me, he was my idol when I was very young.”

Miller’s podium was only his second in the top flight after winning at Assen in 2016.

“I got pretty excited, I lost my voice again,” said a hoarse 24-year-old straight after the race.

“I chose the soft front, thought it wasn’t the right choice, I had a big mark on the right-hand side and I was just a sitting duck at the end there.

“I sort of had a buffer to Dovi and I just tried to manage it. I managed to drop back in the 2:05 on the last lap simply out of necessity, I had to, he was coming.

“I can’t thank the team enough, can’t thank Ducati enough, and all my friends, family, everyone for their support, it’s been a long time, that’s for sure.”

Viñales finished 11th while Lorenzo made it furthest of the two factory Hondas and their leading satellite man even if he only completed 10 laps before having to pull off.

The other not classified rider was Aleix Espargaro, who dropped his Gresini Aprilia on Lap 2.

The top four in the championship are covered by only nine points as Dovizioso leads Rossi, Rins, and Marquez, with Miller sixth at exactly a race (25 points) behind first position.

MotoGP returns to Europe for Round 4 at Jerez on May 3-5.