POLL: Who impressed you the most at Phillip Island?

POLL: Who impressed you the most at Phillip Island? The WD-40 Phillip Island SuperSprint might have been dominated by one team, but there were several notable performances through the field.

Speedcafe.com wants to know who impressed you the most in the fourth event of the Virgin Australia Supercars Championship. Read through the shortlist below and cast your vote in this week’s Pirtek Poll. 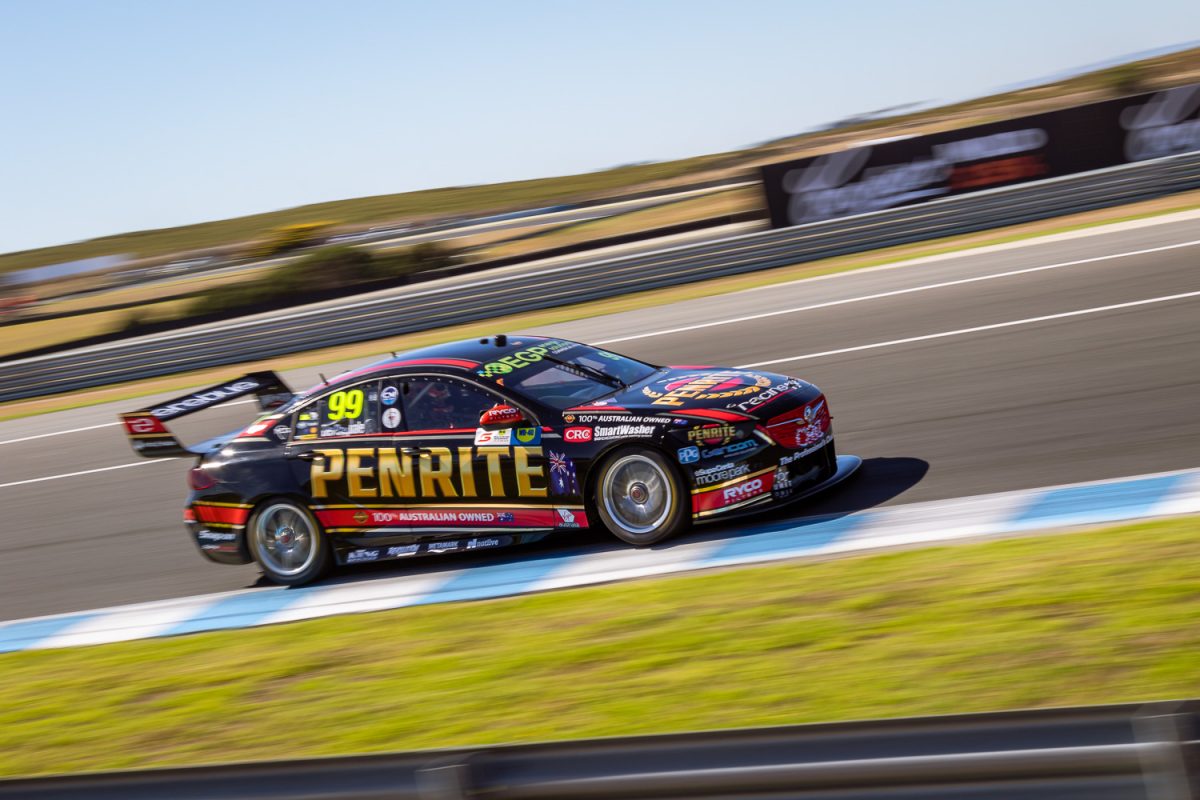 After several promising moments in his rookie season, Anton De Pasquale finished on the podium for the first time in the Virgin Australia Supercars Championship in Sunday’s 200km race.

In what was an assured drive, De Pasquale may not have ever really had the measure of the DJR Team Penske Mustangs but he did make them work for their one-two, which is more than could be said for anyone else.

The 23-year-old was the top Holden driver in both the corresponding Armor All Qualifying and Race 10 itself, and the only man standing in the way of an all-Ford top five in both sessions.

He even dealt with the pressure of being told to save fuel when the Erebus entry suffered a gear position sensor failure, not that there were any otherwise noticeable signs of trouble for the future star. 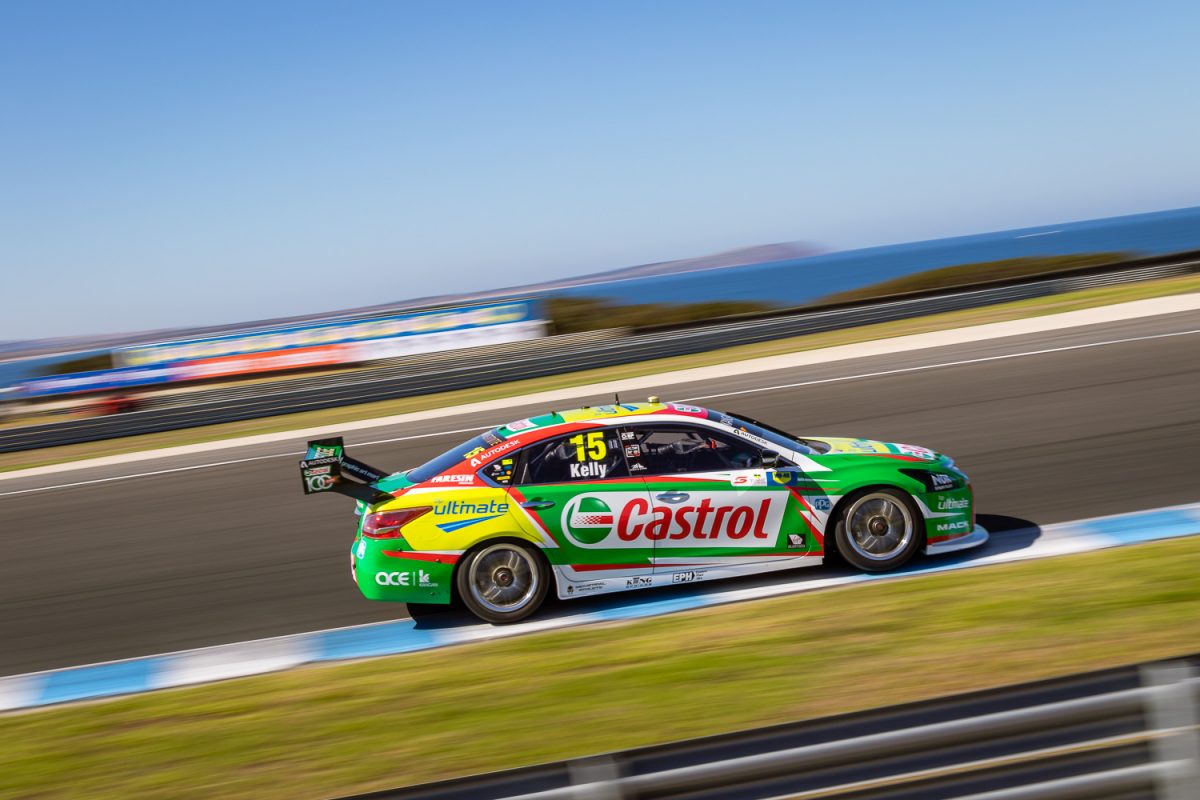 Kelly Racing experienced what was clearly its best weekend of the campaign so far and while Andre Heimgartner grabbed headlines on Saturday, it was Rick Kelly who finished in the top 10 in both races.

He started sixth and finished seventh in Race 9, before rising from 11th on the grid to eighth in Race 10.

Aside from improving four positions on his previous best result of the season, Kelly was also involved in entertaining stoushes in each race.

Heimgartner noted how hard his team co-owner made life for him in Race 9, while Kelly staved off two charging Brad Jones Racing entries in the latter stages of Sunday’s encounter. 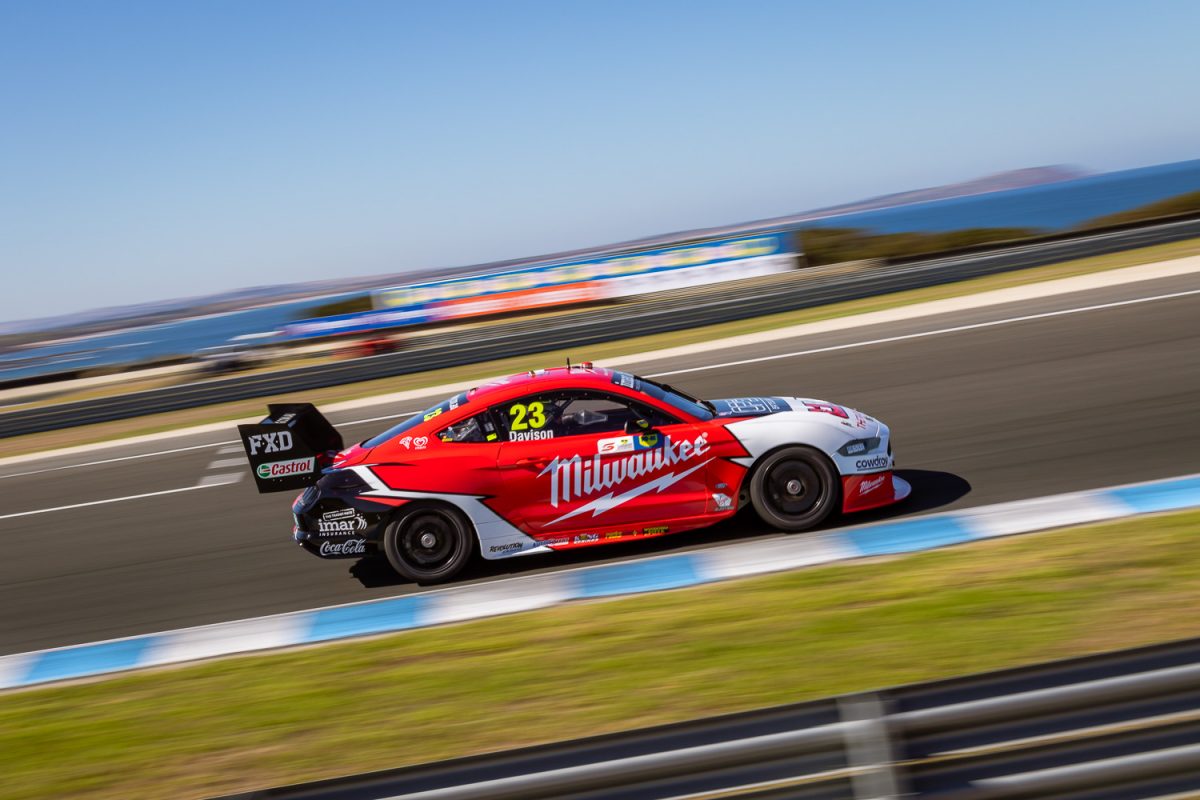 A podium still eludes Will Davison after he picked up a third fourth position finish of the season in Race 10, but that was the best result for the Tickford quartet on the Island.

He went backwards from a starting position of fifth on the Saturday to take the chequered flag in 10th after getting stuck in traffic when he re-emerged from the lane following his compulsory pit stop.

Come Sunday, he qualified on the other side of the third row but gained two positions off the start and, almost unnoticed, effectively stayed there for the rest of the journey.

The result moves Davison back to sixth in the championship, the highest he has been since leaving Albert Park. 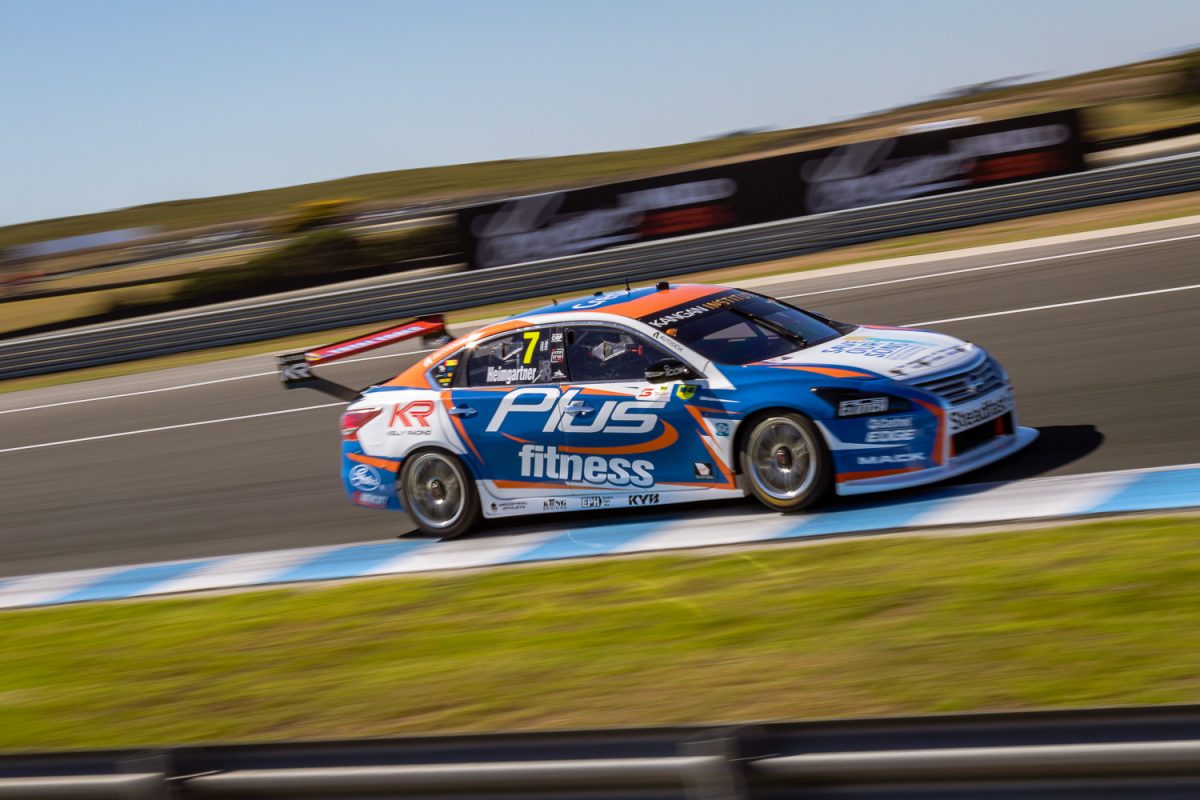 Andre Heimgartner not only delivered Kelly Racing its best result of 2019 by a long way, he also got onto the podium for the first time as a solo driver.

As usual, qualifying played a part in each of his race results but the New Zealander put himself into third on the Saturday with a bold move on Rick Kelly, who had strategic priority on their pit boom, through The Hayshed.

Heimgartner got stuck in the midfield the following day, but still returned to the mainland with the greatest haul of points among the four Altima drivers from the weekend.

He is also still Kelly Racing’s best in the championship in 14th position, three spots and 62 points up on Kelly. When it comes to Scott McLaughlin, the statistics speak for themselves: a seventh race win of the season, a second placing, and two more Armor All Pole Positions to take that tally to six in 2019.

The defending champion clearly has an affinity with the Phillip Island Grand Prix, where he now has eight poles on the bounce and has converted five of those into wins.

He even found almost a full second’s worth of pace from Practice 3 to Qualifying for Race 9 to set a 1:29.2292s which was ridiculously quick in the conditions.

On that occasion and in the following day’s qualifying session, McLaughlin was around six tenths up on DJR Team Penske team-mate Fabian Coulthard and the rest of the field. 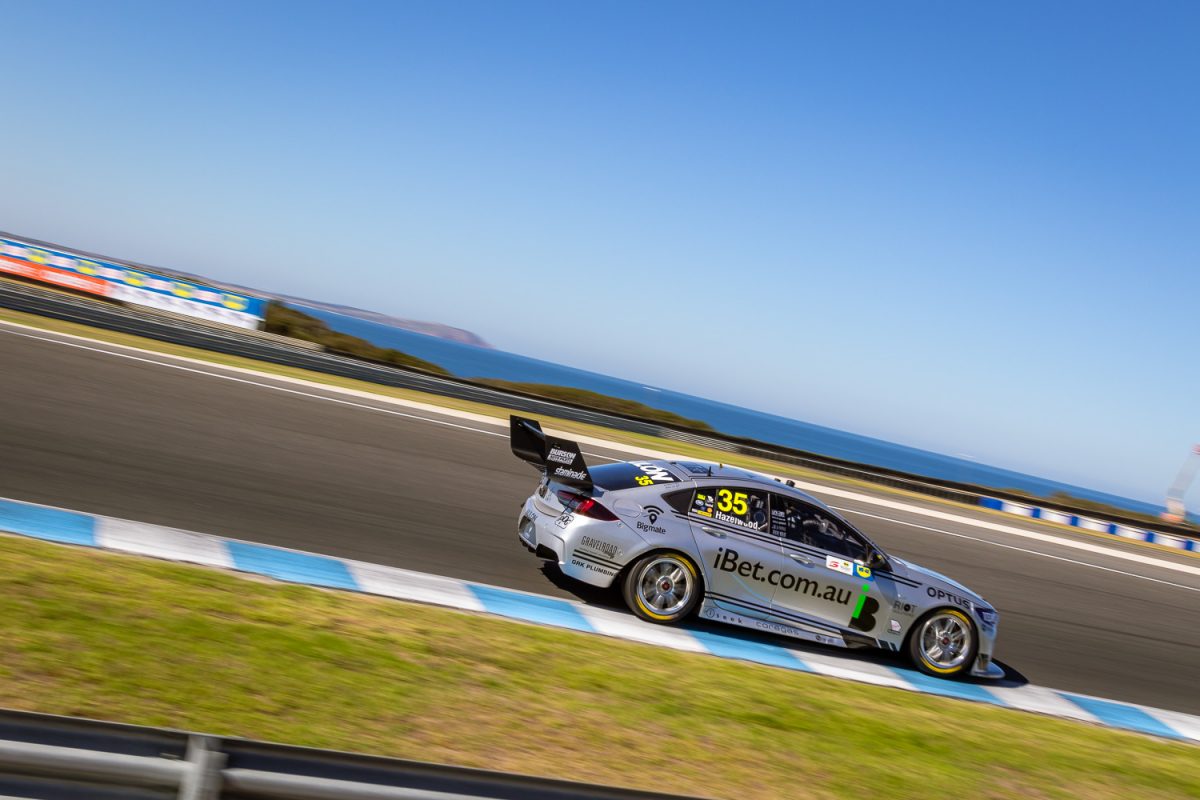 Todd Hazelwood got less than what he deserved out of the Phillip Island SuperSprint, having qualified in the top 10 for both races.

On a Sunday when the same seven cars started and finished in the top seven, albeit in a slightly different order, Hazelwood was vying for that position on the opening lap until he was unloaded by James Courtney at Siberia. 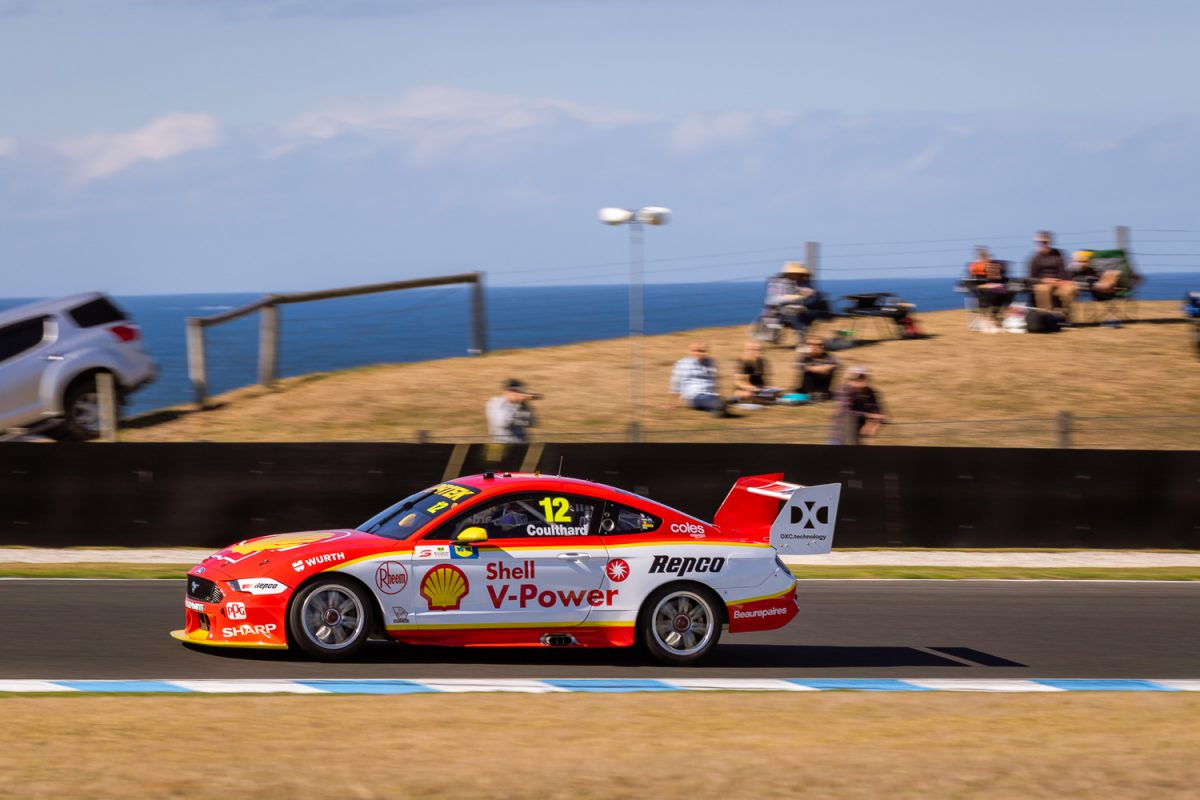 Fabian Coulthard hadn’t taken victory since the Sunday of last year’s Winton SuperSprint but he brought an end to that 26-race drought in Race 10 of the current campaign.

Coulthard may have been outgunned by McLaughlin in qualifying but when he caught a break on Sunday at Phillip Island, he did not waste the opportunity.

Car #12 did not look especially threatened once it got in front, despite McLaughlin insisting post-race that both were still pushing, and Coulthard enjoyed a lead of around a second for the last 10 laps or so.

In doing so, he matched McLaughlin’s points haul for the weekend and strengthened his hold on second in a championship which the Shell V-Power Racing Team is dominating. 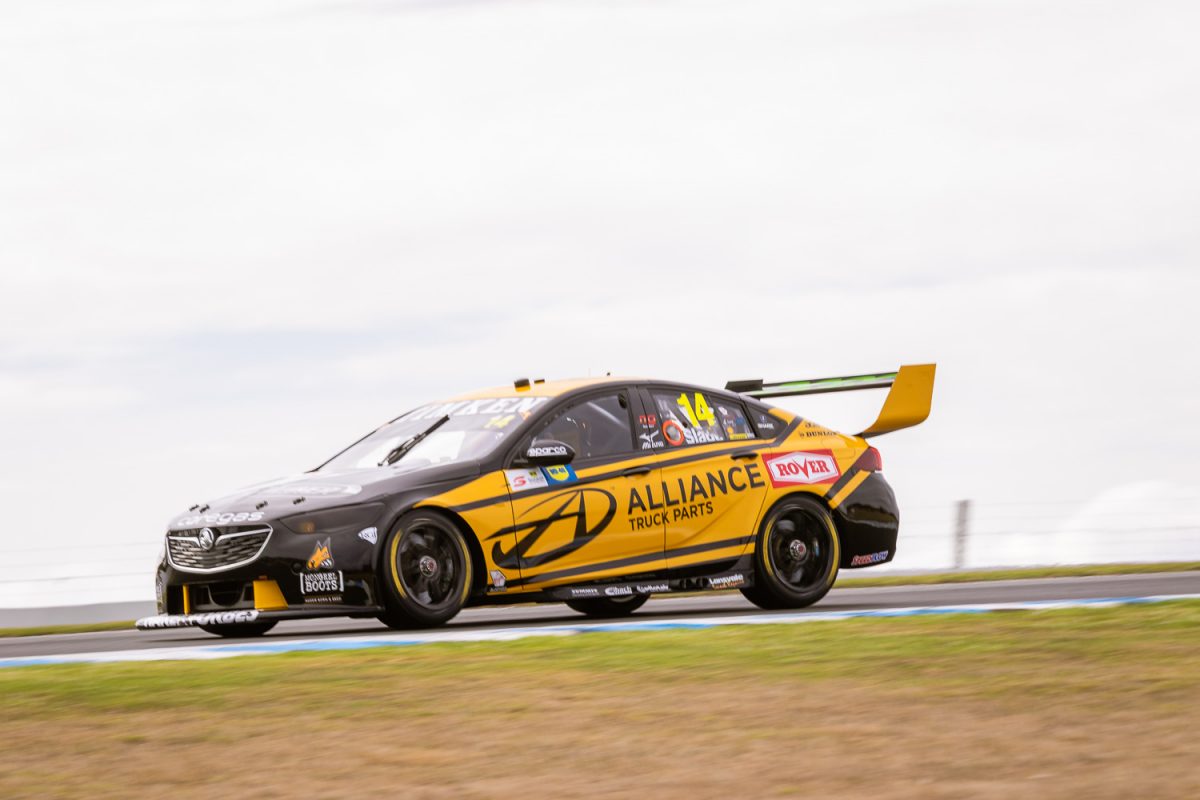 His Saturday was unremarkable but Tim Slade gained more positions than anyone on Sunday, and might have made more if Kelly wasn’t so stout in his defence.

Brad Jones Racing pulled its regular trick of leaving their cars out long in a stint, with Slade pitting earlier than only team-mate Macauley Jones in each cycle.

What was arguably a gamble on the lack of a Safety Car closing pit lane was worth taking given where he started, and it evened out the tyre burden at the high-load Phillip Island Grand Prix Circuit.

Slade charged home to a seventh top 10 of the season which included big passes on David Reynolds at The Hayshed and team-mate Nick Percat at the final corner.