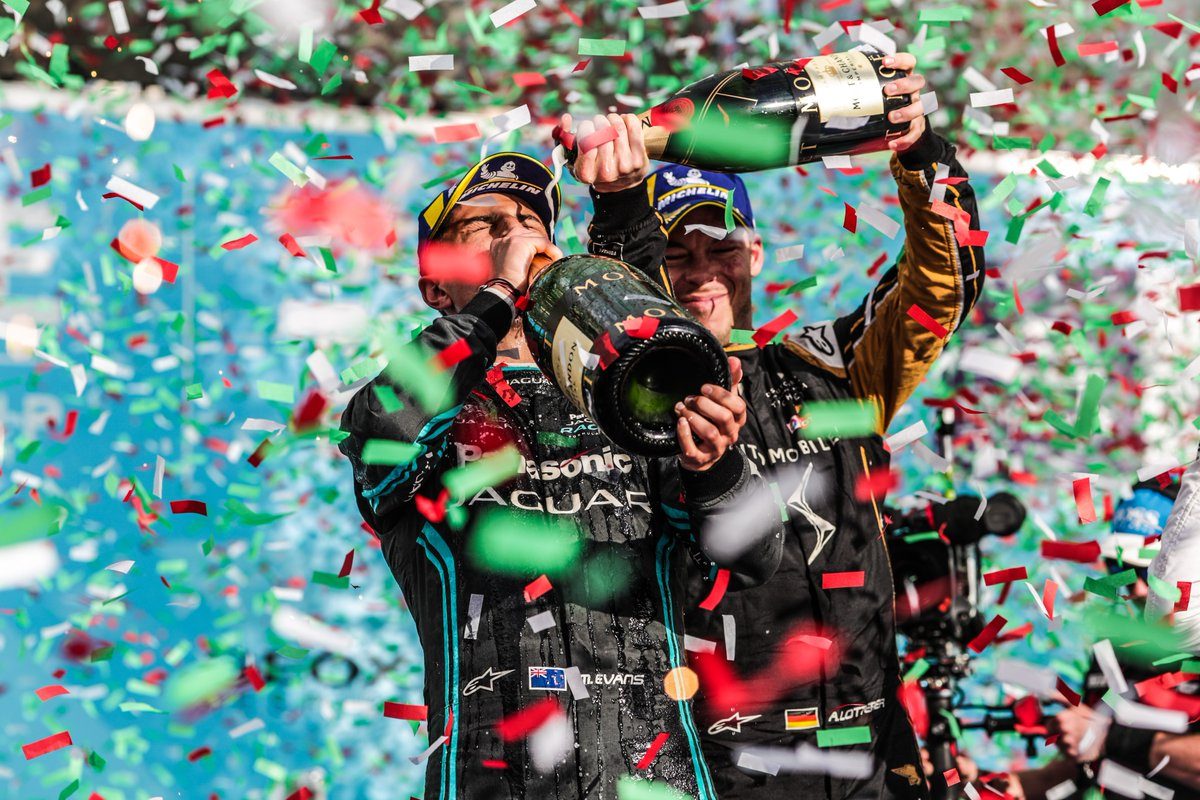 Mitch Evans has become the seventh different driver to claim victory in the current Formula E season after beating pole-sitter Andre Lotterer at the Rome E-Prix.

The New Zealand driver, and indeed his Jaguar team, claimed a maiden victory in the all-electric championship.

HWA Racelab’s Stoffel Vandoorne rounded out the podium positions, also taking his and the team’s first piece of silverware home.

The race started in damp conditions before it was briefly suspended when a red flag was called only three minutes into the race.

Gary Paffett in the second HWA Racelab machine and reigning champion Jean-Eric Vergne were also involved in the incident.

The trio’s stricken cars completely blocked the race track, giving the stewards no other choice but to suspend the race in order to clear the incident.

Last year’s Rome E-Prix winner Sam Bird was also forced to retire on Lap 1 after getting caught up in his own incident with Lopez.

Just before the red flag flew, the Briton was tagged at the rear by the Argentine, coming into contact with the wall at the Turn 12 chicane and suffering damage to the rear of his car.

The race resumed just under an hour later with pole sitter Lotterer leading Evans and Vandoorne.

Brazilian Felipe Massa suffered a technical failure in his Venturi machine with 23 minutes left to go, making for a second retirement in his maiden season.

His broken down car was left stranded on track with a full course yellow required to bring drivers down to 50km/h while stewards removed his stationary car from the circuit. 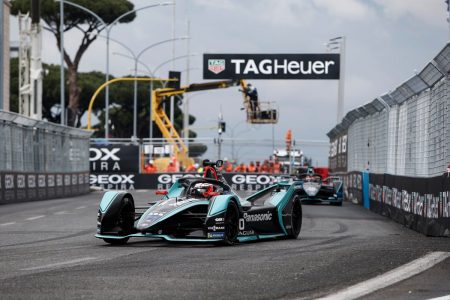 Evans snatched the lead off Lotterer with 16 minutes to go when he used his final Attack Mode to pass the DS Techeetah driver.

The Auckland-born driver was forced to use more of his energy during the closing stages of the race in order to cover Lotterer’s attack, but crossed the line with just two percent battery life left.

His victory makes up for his heart-breaking defeat last year in Rome where he lost the race from the lead after his car ran out of battery.

It meant that he denied Lotterer a maiden win of his own, while Vandoorne took an impressive third position.

Only four points separate the top four drivers in this season’s championship with D’Ambrosio in the Mahindra machine leading the standings by a single point heading into the Paris ePrix.