Clean sweep for Love in Carrera Cup at Phillip Island

Clean sweep for Love in Carrera Cup at Phillip Island 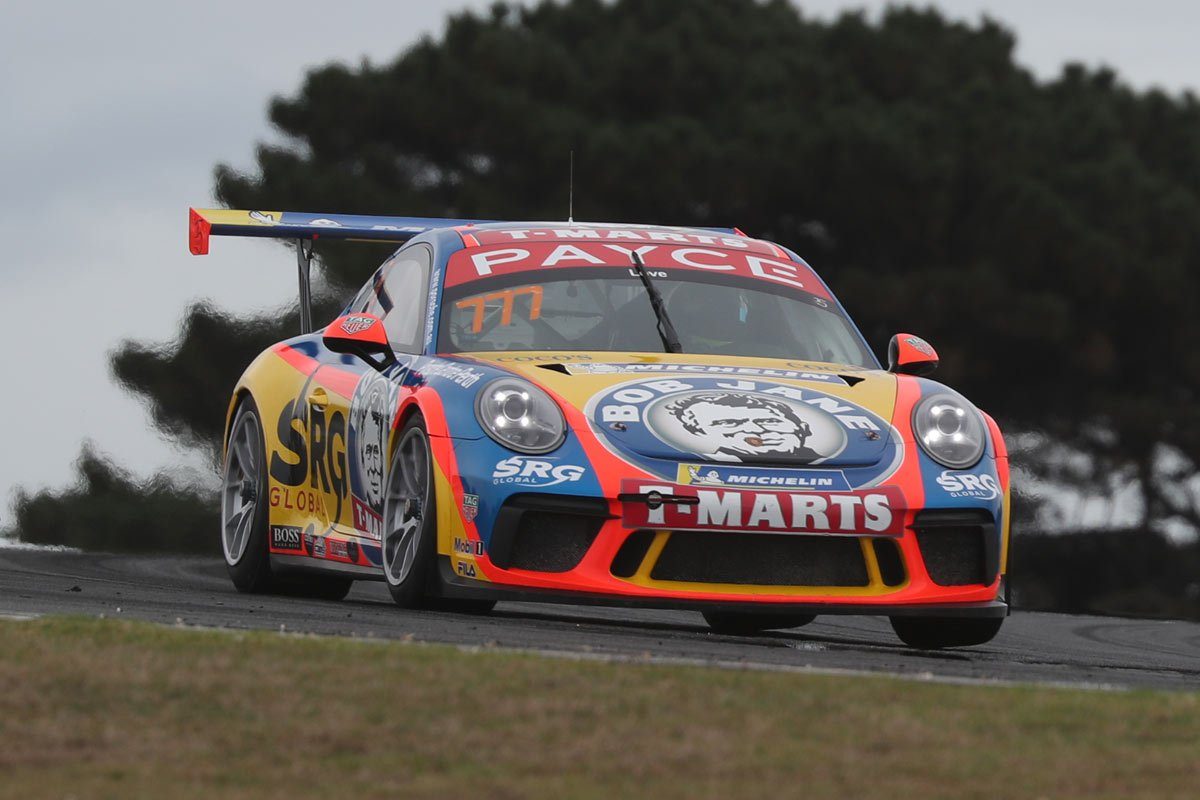 Jordan Love completed a clean sweep of Round 3 of Porsche Payce Carrera Cup Australia at the WD-40 Phillip Island SuperSprint.

A lightning start from Love saw him pull well clear in the first few corners, while further behind, there was a scary incident.

Sam Shahin made contact with the rear of fellow Pro-Am racer Stephen Grove under braking for Honda, with Shahin losing control and backing into the side of Warren Luff in the middle of the corner.

Luff retired on the spot and had been limping in the moments leading up to the crash after a wild off-track moment on the exit of the Southern Loop.

The opening lap incident necessitated a Safety Car, but on the Lap 3 restart, Cooper Murray dived down the inside of Nick McBride for fourth at Turn 1.

Murray completed the move despite side-to-side contact between the two, however, McBride returned serve at Honda on the next lap to regain the position.

David Wall then began to put pressure on Murray, making his move for fifth at the Southern Loop on Lap 6, and was followed through by Thomas Maxwell a few laps later.

Next to pick off Murray for seventh was Josh Hunt at MG on Lap 10, who had earlier passed Steven Richards for what was eighth at the time.

Richards also capitalised on the teenager, with Murray being demoted to ninth.

At the head of the field, Michael Almond had some late race pace over team-mate Dale Wood and tried to put a move on for second on the final lap.

Almond ultimately settled for third, behind Wood, as Love took his fifth straight win a second up the road in another Sonic Motor Racing one-two-three.

McBride and Wall completed the top five, while Liam Talbot recovered in the last hit-out of the weekend to grab Pro-Am honours in 11th outright.

Round 4 supports the BetEasy Darwin Triple Crown at Hidden Valley Raceway on June 14-16.