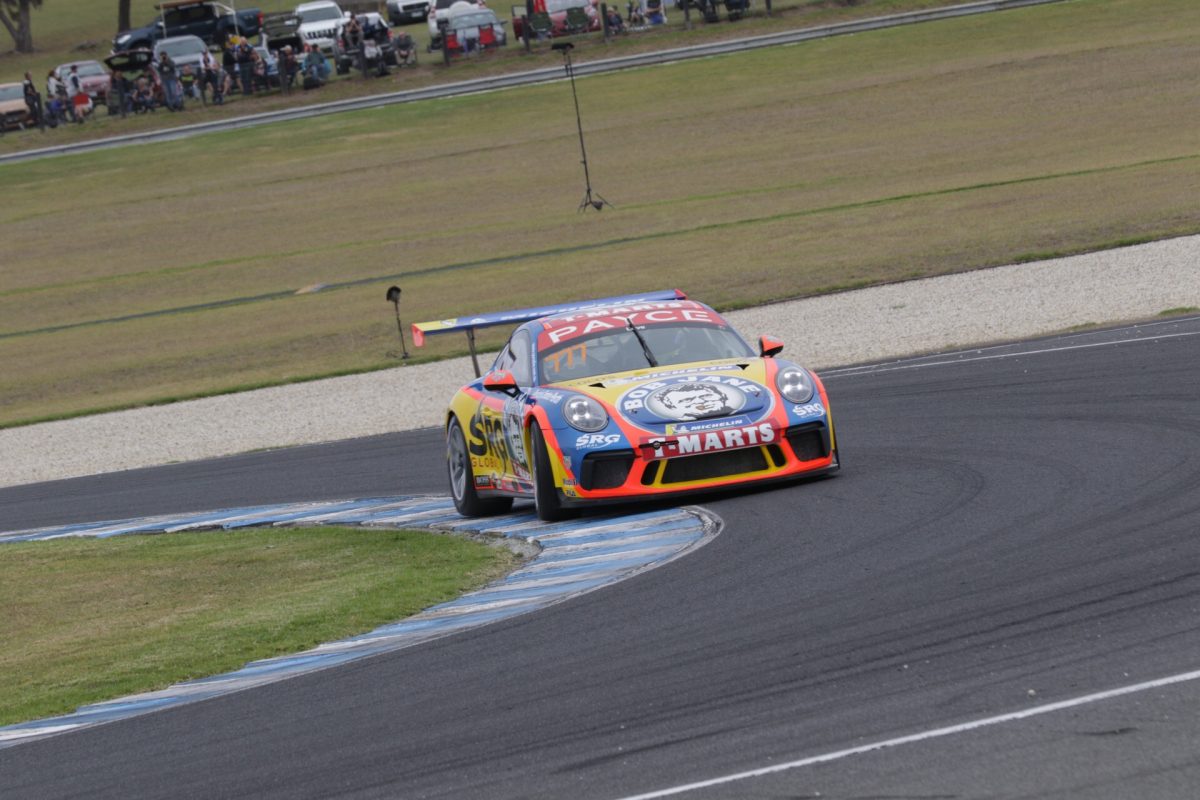 It was another even start off the front row between Love and Dale Wood, but the West Australian had the advantage of the inside line at the first corner and slotted into the lead.

Michael Almond sliced past Nick McBride for third in the opening exchanges.

Anthony Gilbertson had a heart-stopping moment after being squeezed by Tim Miles onto the inside kerb at Doohan Corner as they battled over 16th, unsettling the car and spinning him around at high speed.

Miles and Adrian Flack were forced to take evasive action onto the grass on the outside of the corner, with everyone getting through unscathed.

Thomas Maxwell dived down the inside of Josh Hunt after he locked up at Honda, however, the pair made slight contact, tipping Hunt around.

David Wall then picked off Maxwell for eighth.

The battle for the Pro-Am class heated up in the closing stages of the 14 lap race, with Sam Shahin, Stephen Grove and Liam Talbot running line astern.

On Lap 11, Grove took over the class lead from Shahin, who then came under fire from Talbot for second in Pro-Am.

Cameron Hill ran wide and off the road with two laps to go at the Turn 4 Hairpin, losing fifth position to Warren Luff, but the Canberra-based driver managed to at least hold out Cooper Murray.

Love’s win is his fourth of the season, taking the flag 1.5s ahead of Wood, Almond, McBride and Luff.

Grove held off Talbot for the Pro-Am victory after a mighty recovering following a disappointing qualifying.

Race 3 for Carrera Cup Australia is scheduled to begin on Sunday at 1305 local time/AEST.