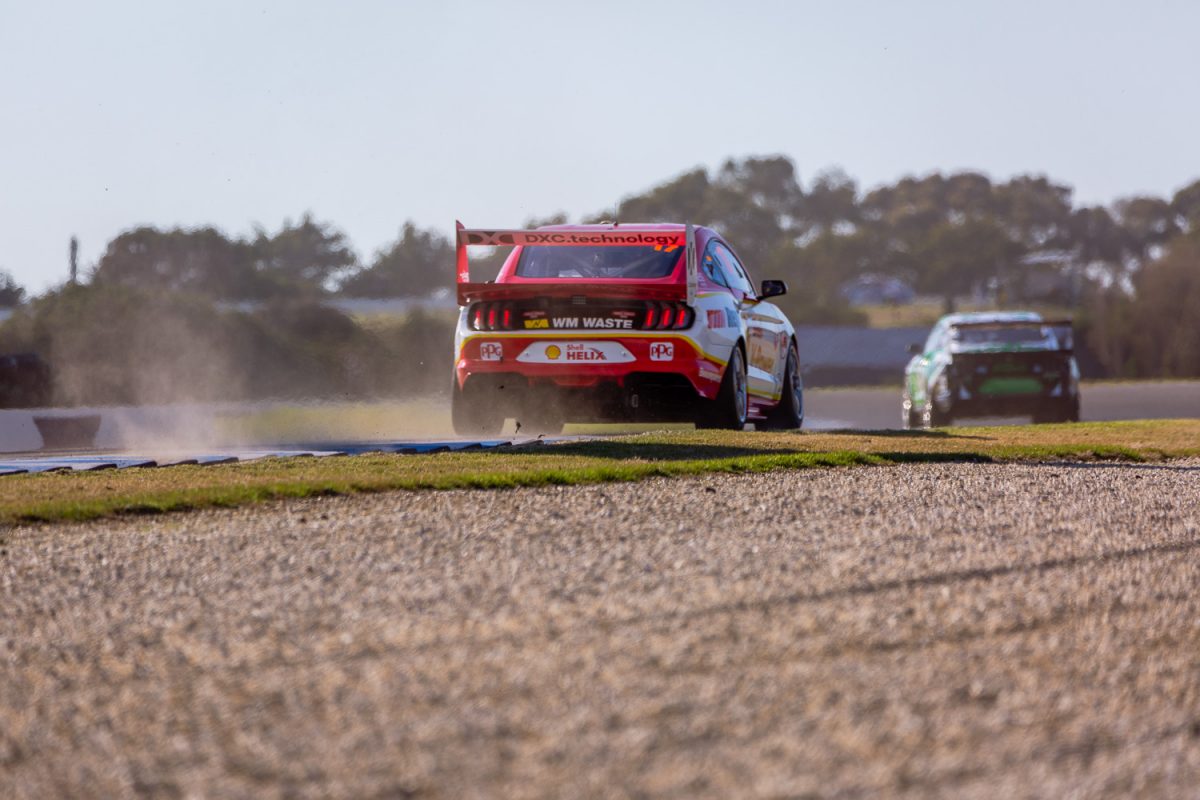 The chances of seeing anything other than a Ford at the front at the WD-40 Phillip Island SuperSprint are ‘slim’, according to Triple Eight boss Roland Dane.

Phillip Island was expected to suit the Ford Mustang with Friday’s practice living up to the predictions as the six blue oval representatives finished in the top nine positions in Friday’s Practice 2.

The Mustang, constructed within Supercars regulations, is at the centre of a parity debate which continues at the Victorian circuit with the series’ technical team gathering data from this weekend’s round to help determine if the car has a perceived aero advantage.

The top Holden runners Anton De Pasquale (Erebus Motorsport) and Todd Hazelwood were respectively seventh and eighth in Practice 2, and a tenth faster than the Triple Eight ZB Commodores.

Dane admits there is more time to be extracted from his cars but believes it is unlikely that anyone will stop the Fords at Phillip Island.

Triple Eight appears to have improved its outright pace at Phillip Island having struggled during the pre-season test at the circuit in February.

“Well we’d prefer to be at the front but it is what it is at the moment,” Dane told Speedcafe.com.

“I think the chances of seeing anything other than a Ford at the front this weekend are slim but we’ll try and do what we can.

“It’s pretty much where we thought it would be, but you can’t really tell a hundred percent until we’ve seen the qualifying sessions, et cetera, where everyone is, but it’s sort of more or less what we thought.

“There’s a bit more (time in the cars), but it’s not massive, really. We don’t have three quarters of a second, that’s for sure.

“We’re a couple of tenths off where we thought we’d be.

“It’s good to see Todd Hazelwood and Anton (De Pasquale) are just ahead of us, they’re a tenth ahead, so we feel that we’re in that sort of area of maybe a couple of tenths up on where we (actually) are, but (on) this circuit we can’t really compete with the Mustang, we didn’t think we’d be able to.

“I don’t think we’re as far off as we were at the test day, and we’re operating on the edge of a tightrope with the car around here compared with, I think, a much wider envelope probably for the Ford around here.

Responding to Dane’s claims, Tickford Racing boss Tim Edwards says he is not reading too much into the times and is not ruling out a resurgence from Triple Eight today.

All four Tickford Mustang drivers earned a direct route to the second part of qualifying with Cameron Waters the fastest of the quartet in third during Practice 2.

“It’s an okay start but I don’t know exactly what everybody is doing out there,” Edwards told Speedcafe.com.

“You don’t know whether some people might be intentionally not wanting to go through (directly to Q2).

“What it will come down to is how much every engineer is able to improve the car, because the time will be a lot faster (on Saturday) so that’s why I’m not reading too much into (Friday’s) pace because I think the whole field will go faster today.

“Look they (Triple Eight) obviously haven’t had a good day but as I say we don’t know what else they are doing.

“We don’t know what their thinking is, you never discount them, you know, they’ve been doing this a long time and they’ve been competitive for a long time, so to think that they’re not going to be up there tomorrow in some fashion, you’d be kidding yourself.”

The Supercars field will return to the track today in Practice 3 at 1040 AEST before Armor All Qualifying in the early afternoon.