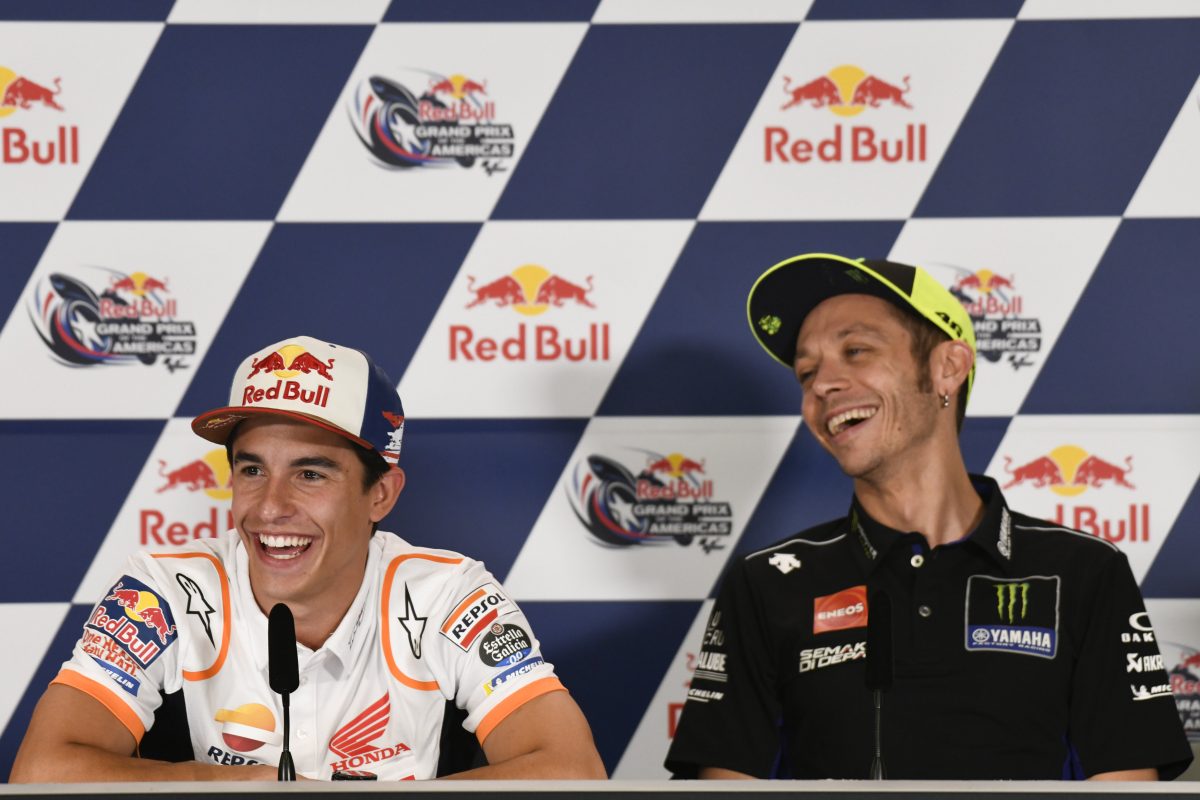 Marc Marquez has joked that his handshake with Valentino Rossi before the podium in Argentina was similar to the spontaneity of kissing a girl.

The two MotoGP stars have had a hostile relationship at times, highlighted by the infamous Sepang incident of 2015.

After another flare-up in last year’s Argentina MotoGP, Rossi refused Marquez’s offer of a handshake in the pre-round press conference at Misano in September following the Spaniard’s comments about wanting to “make peace” with the Italian.

A fortnight ago at the Autodromo Termas de Rio Hondo, however, when Marquez took a dominant victory and Rossi made a late move to take second position from Andrea Dovizioso, they did shake hands while waiting to step out on the podium.

Marquez could not offer a specific reason when asked as to why the exchange occurred, but suggested that it simply felt appropriate.

“It was the moment. Like when you kiss a girl in the right moment, it’s the same,” laughed the Repsol Honda rider.

“It was there, the moment, and we were alone, and we shook hands on the podium after a nice race.

“I never had a problem so it’s no problem to have a respectful relationship.”

Rossi added, “It was the right moment, I make my congratulations because it was a very fast weekend, a very fast race, so I think it’s normal.”

Marquez takes a four-point championship lead over Dovizioso into Round 3 of the season, which starts tomorrow morning (AEST) at the Circuit of the Americas.