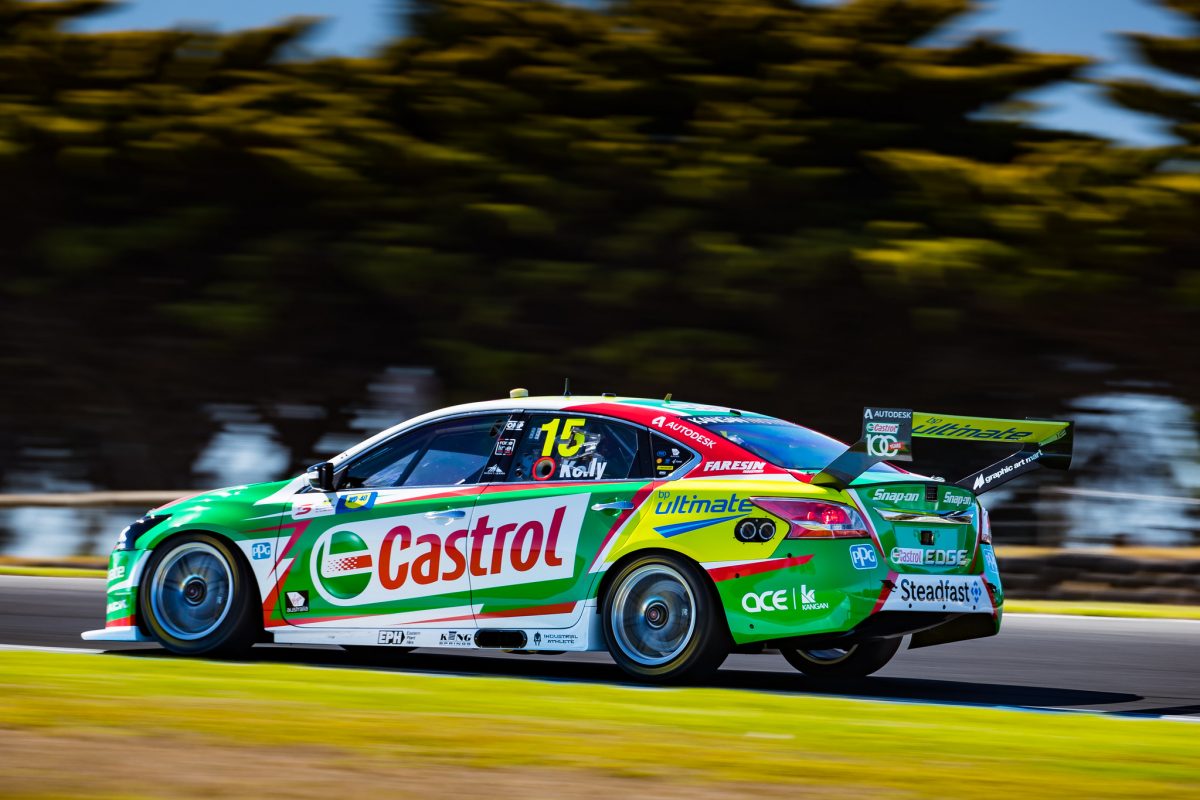 Rick Kelly admitted to being pleasantly surprised to execute top five pace having expected to be in a lot more pain with his Nissan Altima package at Phillip Island.

The 2006 Supercars champion finished third and fourth in the two practice sessions, breaking up an otherwise all-Ford Mustang top fix in the final 30 minute session.

Kelly Racing had expected a tough grind at the aero dependent Phillip Island circuit as the squad continues to understand its re-homologated Altima aerodynamics package.

However, Kelly believes his Friday pace is genuine, providing a boost to the four-car team which has scored only one top 10 from eight races.

“We had a very in-depth plan before we came here and what we wanted to try and we stuck to that and it went to plan which is really good; often it doesn’t,” said Kelly, who scored a double podium at Phillip Island last year.

“The test day at the start of the year here was challenging, it was the first hit-out we had with the new aero package and it presented a lot more problems at that point than what we anticipated.

“As we’ve spoken about, we’ve been battling that now for that test day and three rounds prior to this weekend.

“So coming back here we were very unsure of our performance being as strong as we had here last year.

“Obviously we’ve done a lot to try and combat it, learning from the test day, but nevertheless, it’s a high speed track and there’s not much you can do.

“It’s been very, very pleasing to see the performance we had here today.

“We didn’t expect it; you can’t turn up to a place like this expecting it. It’s only early days, practice, but it’s been really, really nice, car feels really solid.

“I didn’t do a fantastic job on that run at the end there which is good for our potential.”

Buoyed by the pace, Kelly says it is hard to predict if the squad is close to fully unlocking the secrets of its new aero package.

“It’s just so hard to predict,” he said.

“Like I predicted that we’d be in a lot more pain than we are today, but we’ve sort of started to learn a lot more about it at the Grand Prix and started to unlock a bit of potential — potential that we didn’t show at Symmons really with it being just a different style of track.

“What we learnt at the Grand Prix is certainly starting to show some potential here now.

“Certainly today, especially in that green run I did a lot of things in the car that I think I could tune a little bit more to extract some more potential out of it.”

The Castrol-backed driver is however refusing to entertain suggestions just yet that he can be in the mix for a return to the podium this weekend.

“I don’t want to set that expectation because then I will get nervous and put pressure on myself and everyone here,” he explained.

“I think it (the pace) probably is genuine, but we know how quickly the conditions change around the circuit. Based off our performance at the last events, a top 10 would be great for us.

“Anything in the top 10 would be a huge step forward for us; a top five would be great and a podium would be absolutely fantastic.”

Kelly was comfortably ahead of his team mates with Heimgartner 13th, Garry Jacobson 19th and Simona De Silverstro in 23rd spot.