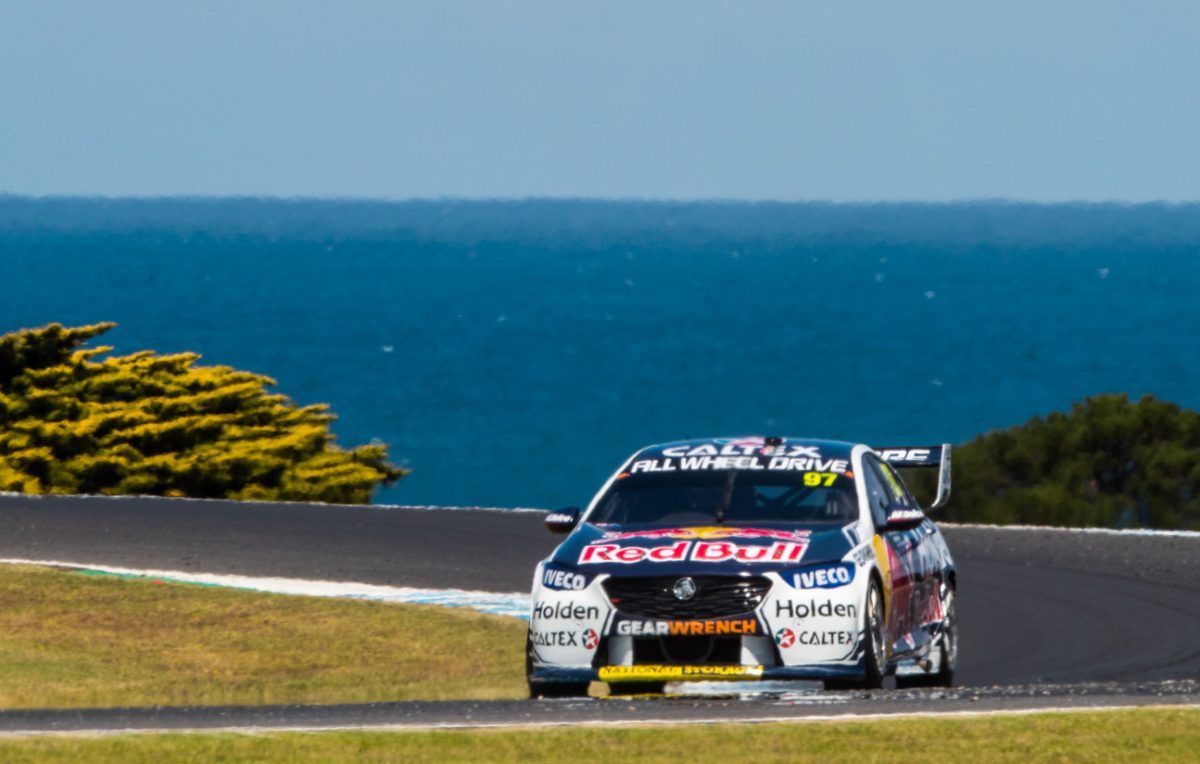 Triple Eight says it will be prepared to fight as it expects a challenge to match its rivals at Phillip Island’s long, fast, sweeping corners this weekend.

The aero dependent Victorian circuit is expected to offer a barometer as to the pecking order with Supercars set to gather valuable data to assess the strengths of the Ford, Holden and Nissan packages.

After a strong showing in pre-season testing, it is expected the circuit will suit the new Ford Mustang much like Symmons Plains has proven to be a happy hunting ground for Holden in the past.

The February test at Phillip Island was a challenging day for Triple Eight which struggled for outright pace.

Triple Eight team manager Mark Dutton says he has no fears heading into Phillip Island but admits that there will be areas of the circuit where his cars could be on the back foot.

While there are concerns regarding the Mustang’s pace on the longer radius fast corners, it is widely believed the ZB Commodore is more slippery on the straights which could negate any perceived Mustang advantage.

“We’re going to control it because we saw (at Symmons Plains) there’s customer cars qualifying in front of us.

“As a team, we’re trying to be winning races.

“If you can’t do that, you want to be the first of your model, of your manufacturer.

“It’s one of those things that we’ll look at everyone else when we’re the fastest Holden out there.”

Phillip Island yielded only one podium for Triple Eight and two in total for Holden ZB Commodore runners last year courtesy of a third place for Shane van Gisbergen and a second for Erebus Motorsport’s David Reynolds.

McLaughlin has proved to be somewhat of a specialist at Phillip Island having scored four wins from the last six races at the venue.

The WD-40 Phillip Island SuperSprint is scheduled to begin on Friday.