Home » Super2 » Ruggier commits to Barbagallo Super2 round with Eggleston

Ruggier commits to Barbagallo Super2 round with Eggleston 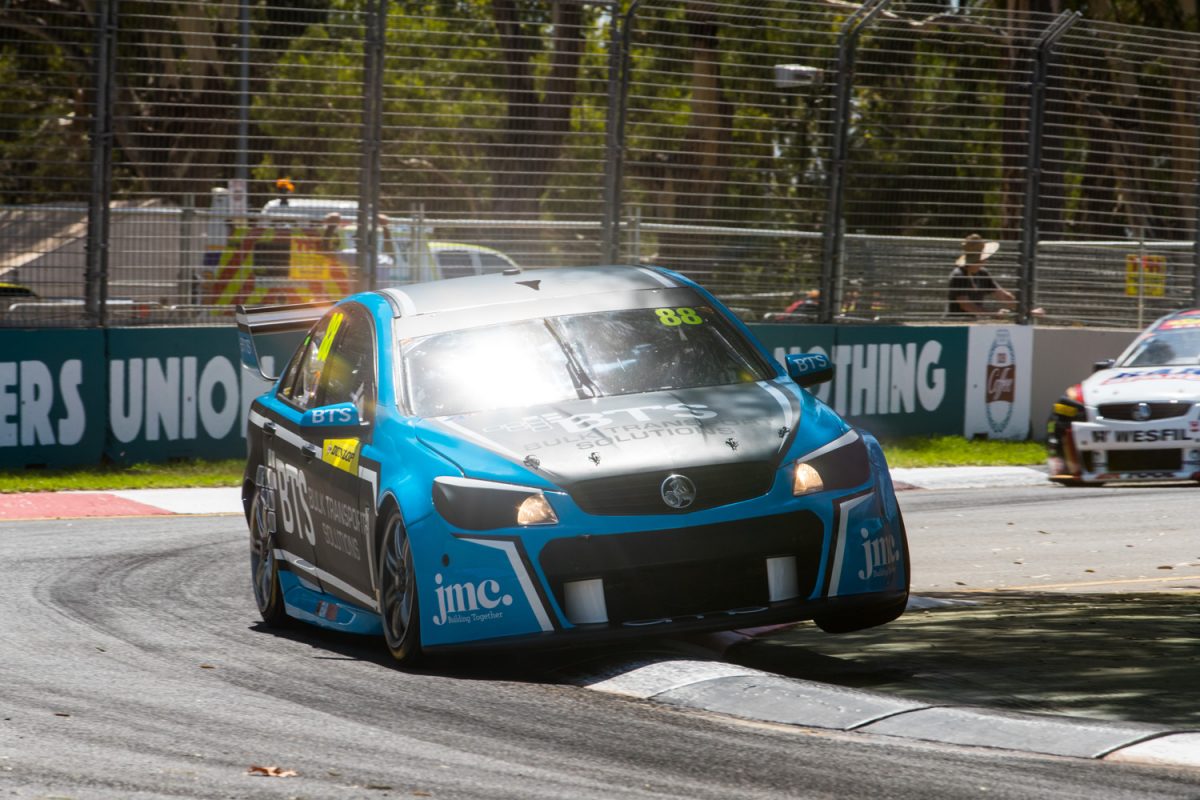 Justin Ruggier will continue with Eggleston Motorsport (EMS) for Round 2 of the Super2 Series in Barbagallo after pulling together a one-round deal for the season-opener.

Ruggier, who was reunited with EMS after winning the 2014 Kumho Tyre Super3 Series with the Victorian-based team, was the second-last confirmed driver on the grid in Adelaide.

Having not raced a Supercar since that title triumph over four years ago, he qualified 15th in the 20-car field and went on to finishes of 11th, 12th, and 12th, leaving him ninth in the standings.

Ruggier, who was on double duty in the Aussie Racing Cars series which he leads after two rounds, hopes to build on his showing in the South Australian capital having now also committed to Round 2 of Super2 at the Pirtek Perth SuperNight.

“It’s locked in for us, and I believe we started strong for a rookie and obviously having never sat in the car and getting used to the engineers and understanding where I need to improve,” he told Speedcafe.com.

“There are big improvements from my end, but we just need to have a test day, get a balance, get a read, and honestly step it up a few more notches at Perth and really give it a hard crack.

“At Adelaide it was very cautious for many reasons, being a street circuit, but I’m comfortable in the car and comfortable obviously with the team.

“We won with them in 2014 in what they now call Super3, and I feel like we’ve got a good environment and I really want to try and capitalise on that, especially with (team-mates) Will (Brown), (Dean) Fiore, a lot of experience around, so hopefully we can continue on a strong debut.”

Ruggier has never raced at Barbagallo Wanneroo Raceway but anticipates that January’s full resurface will play into his hands given that it somewhat negate the importance of experience on the undulating 2.42km circuit which is traditionally extremely tough on tyres.

“I feel everyone’s going to be on the same level playing field anyway,” he explained.

“I’ve done a lot of laps on the simulator, but it’s a new track surface, so I believe that’s a reset for everyone and gives me an opportunity, like Adelaide’s track layout did.

“That helped me out a lot, so although Dean Fiore and all the local guys that know the track inside out, the asphalt difference should play in our advantage.”

Only Brown so far has a seat for the full Dunlop Super2 Series with EMS, although Fiore had noted before signing on for the first two rounds with EMS that the latter five fall in the second half of 2019 anyway.

Ruggier has advised that he is “working on the bigger picture” concerning the remainder of the season, with Round 3 to take place at Townsville on the first weekend of July.

The more immediate focus, however, is Round 2 on May 2-4 when the Super2 field will likely run in twilight conditions at the Pirtek Perth SuperNight.

Next Story Late addition to Super3 field ahead of season opener