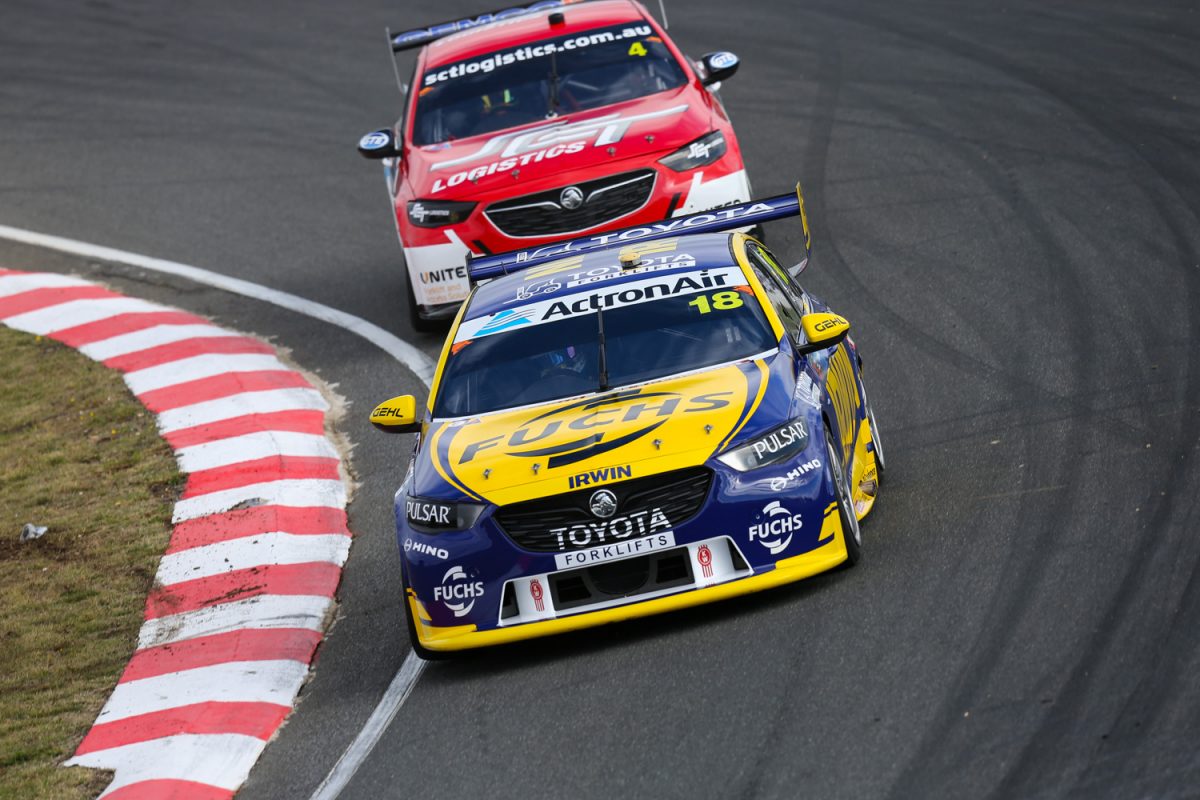 Mark Winterbottom emerged as one of the star performers in Tasmania outperforming Triple Eight’s Holden ZB Commodores in qualifying trim headlined by a breakthrough Armor All Pole Position on Saturday.

The Irwin Racing driver backed up his pace by narrowly missing out on the final step of the podium in Race 7 before finishing sixth in Sunday’s 200km heat.

Such was his pace, Winterbottom’s data and engineer Phil Keed’s nouse proved valuable for Triple Eight in unlocking speed from its cars for Shane van Gisbergen and Jamie Whincup.

Dutton says Triple Eight’s alliance with Team 18 came to the fore at Tasmania and will prove to be a bonus this year.

“It definitely helps. Good drivers, good cars, good teams, the more of those that we can sort of work together with, that’s only a help,” Dutton told Speedcafe.com.

“They’ve been a point of contact between each other for the teams for the technical agreement that we have and they worked really well together.

“We do the same thing with Matt Stone and also with Tekno, so they’re all going quite well.”

“Frosty (Winterbottom) was strong in some areas I was really struggling with this weekend, and Phil Keed is a pretty sharp engineer,” said van Gisbergen.

“Information is going both ways and as long as they keep up with the parts that are coming through and the cars are the same, I think we can work together strongly.

“Some of the stuff they were doing, we’ve never even thought about before, so it was pretty cool to plug that in and find a little gain.

“Hopefully it works at other tracks too.”

Team 18 owner Charlie Schwerkolt, who enacted a stronger alliance with triple Eight for 2019, is thrilled by how the partnership is working.

“It’s good. There is data swapping both ways so it makes it worthwhile,” Schwerkolt told Speedcafe.com.

“I am thrilled to bits with that.

“They were in the transporter and we were swapping stuff and we are down there. It’s a partnership and it’s working well. It is an open book on both sides.”

The partnership could once again come to the fore this weekend when the championship continues at the WD-40 Phillip Island SuperSprint.

Next Story Game of Thrones theme for Phillip Island SuperSprint